On Sunday 1 August, in Wellington, at a virtual WorldCon in the age of COVID-19, George R.R. Martin,  with as the virtual toastmaster, and Mercedes Lackey and Larry Dixon as the virtual guests of honour, the winners of the 2020 Hugo Awards were announced. 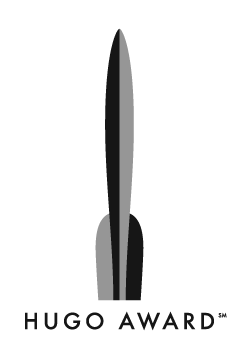 In what was a relatively exciting lineup, this year’s Hugo Awards represents a kind of nostalgia for the golden age of sci-fi with classic genres - like Space Operas and Military Sci-fi - being reimagined as we move into the third decade of the 21st century. So with that said, let’s move onto this year’s winners.

A debut novel, a first nomination, and a first Hugo Award for author Arkady Martine. A novel of political intrigue that has space opera elements, A Memory Called Empire is a science fiction political thriller that is sure to be a great read for science fiction fans of all stripes.

The Expanse - James S.A. Corey
The series that starts with Leviathan Wakes, is crowned this years best series.

An exciting space opera for the 21st century. The Expanse wins the best series award the same year as the final installment of the nine book epic is set to be published. Interplanetary suspense and adventure that has be turned into a Netflix show by the same name. Read the books, and then watch the Netflix show.

A beautiful illustrated graphic novel. LaGuardia is beautiful in its world building as it imagines a society in which humans and aliens live side by side. A beautiful piece of social commentary, LaGuardia is a deserved winner for this year's Hugo Award for Best Graphic Story/Comic, and breaks the 3 year winning streak of the Monstress series.

Good Omens - written by Neil Gaiman, directed by Douglas Mackinnon
A comical modern fantasy that is in keeping with the source material, the novel of the same name by Neil Gaiman and Terry Pratchet. A fun and humourous story of two immortal beings planning for the apocalypse by following the anti-christ.

For a full list of this year's winners - from best novel to best fanzine - it can be found on the Hugo Awards website.