Librarians share some of their most loved books. First up, Terrisa presents Reeds' Lilliput Dictionary Maori. 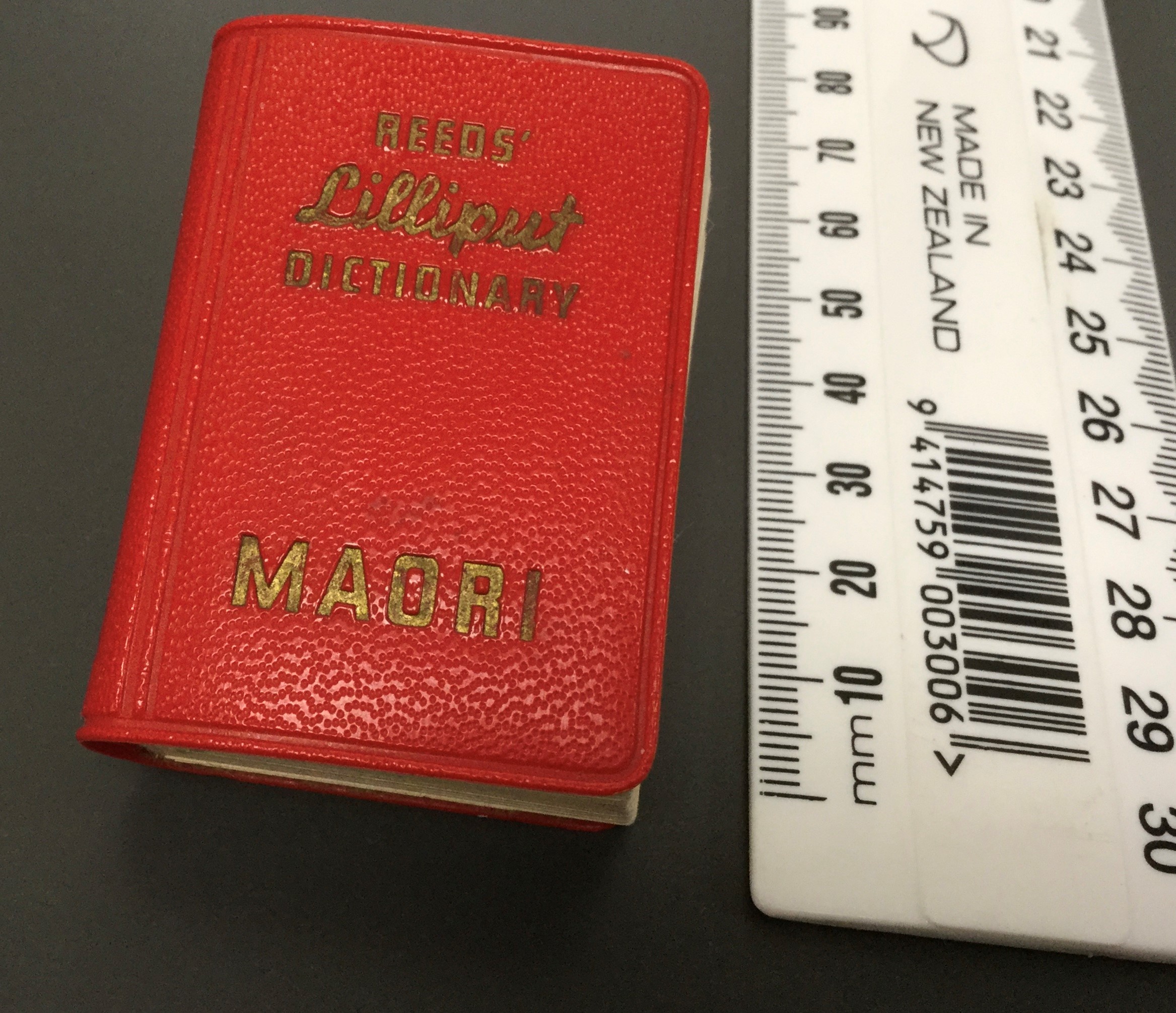 The Reeds' Lilliput Dictionary Maori  was part of a series of titles published by A. W. Reed back in 1960. There was also:

You could also get a carved wooden stand for all three which was made up of seven native timbers, so these were well and truly trying to catch the eye of the tourist market rather than for educational use. They were quite popular with over 60,000 published. They were also produced by other global publishers in languages such as Spanish, German and Latin.

I love this book because of its wee miniature size (5cm), its bright red plastic cover and ‘gold’ lettering, and its tissue thin pages. Mostly I love this book because it belonged to my father. I think this may have been the only book he ever owned. It may have been a Christmas present from his Pākehā Mother-in-law. I can remember as kids, my sisters and I used to sneak in to marvel at it. He kept it safely in his drawer with the hand knitted jerseys that had been made by the very same adored Mother-in-law.

My father grew up in the East Coast of the North Island at a time when you were strapped at school for speaking Māori. So he left school early and followed his brothers to work at various freezing works in the South Island. A common story for many young Māori men at that time. His English was never great. He muddled his gender pronouns, mixed his Bs and Vs sounds and used his own version of words. English - at a time when it was the only official language in Aotearoa - was not his first language.

We would often try to reinterpret for him or protect him from scorn. I never heard my father hold a conversation in Māori. As an adult, it was amazing to find out that he used to speak beautiful Māori at the Freezer and was somewhat of a Reo expert to other Māori staff.

So there are a lot of memories and meaning wrapped up in this little cute novelty book that keeps on giving far passed the original intent by the those long ago publishers. 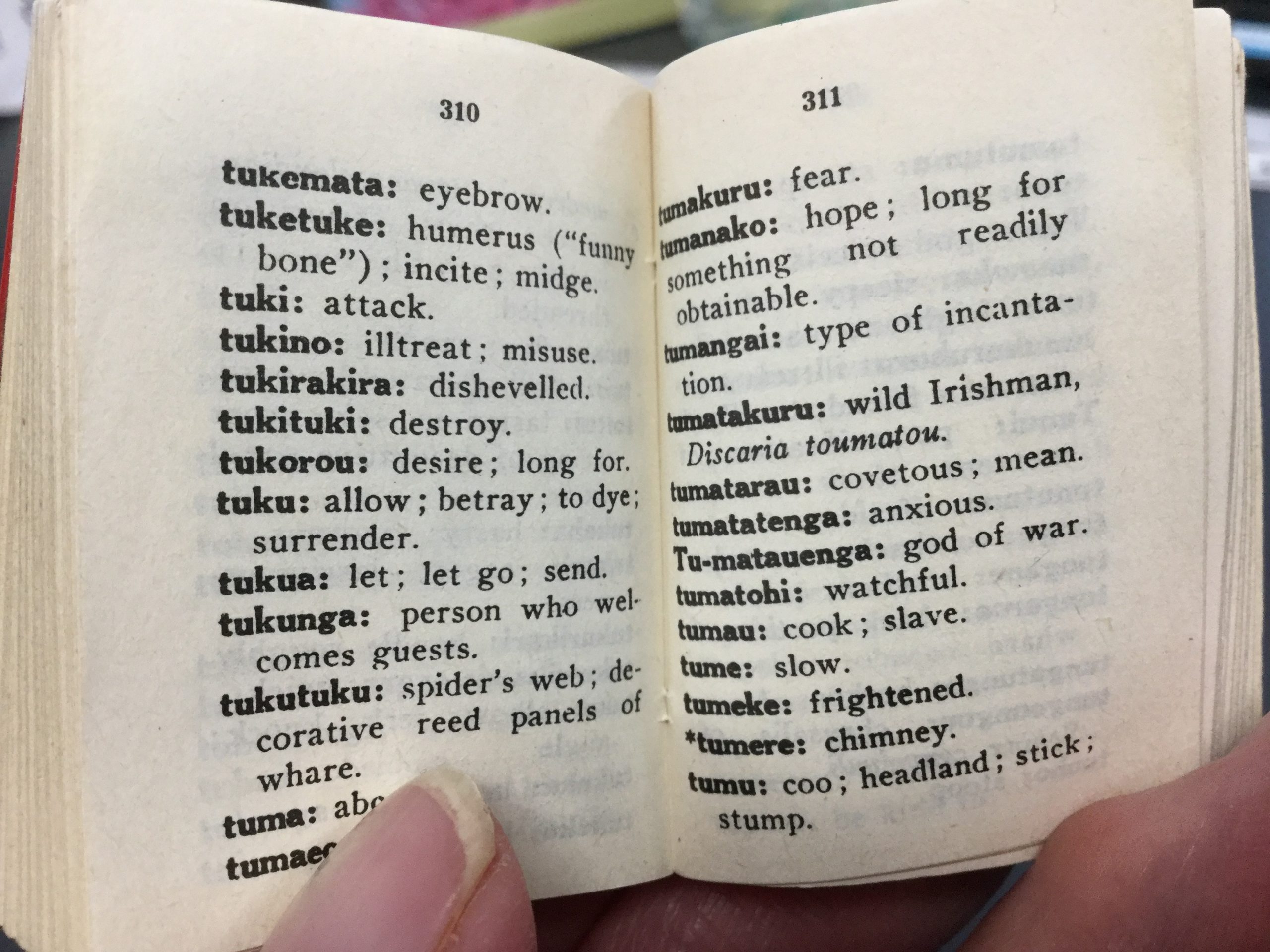