Morrissey is one of the most provocative and polarizing musical personalities there is – He’s idolized with a cult following. Many seem to loathe him. And many (like me), like and dislike him at the same time.

Morrissey has a ‘rep' for winding people up with his inflammatory statements and no one is excluded from his critiques regardless of how important or well liked they are - The Royals (his "We hate Will and Kate crusade), other artists (calling Madonna "McDonna") and general irreverence whatever the subject or personality.

That's why his autobiography was such an anticipated read … Oh yeah, also the fact that his band The Smiths, was one of the most pioneering musical acts ever - arguably conceiving the Indie sound/genre, or at least being very influential in the indie-rock scene.

Typical of most things Morrissey, his book immediately elicited a controversial response from book buffs as it was published as a Penguin Classic. This roused literary people to storm the gates of Penguin or take it to the internet. One reviewer has referred to the work as Morrissey’s "droning narcissism and the whine of self pity", however, I feel this is more a response to the persona than the pen-work, as Morrissey possesses a knack for writing that most musicians (and writers) don't.

His autobiography begins with funny and sad insights into the many and varied aspects of his life, much of which has little to do with his and guitarist Johnny Marr's song writing success. There are the subjective details and impressions of life growing up in "forgotten knife plunging Manchester” in the 1960's, where "the birds abstain from song", the "1960s will not swing" and the alleys "have cracked under duress like the people who tread them". Sounds depressing but provides a well articulated, intimate and almost sociological picture of rough industrialized 1960/70s England which makes me feel very grateful for growing up in this verdant city.

The rigid, hyper-authoritarian education system of the 1960s is also illuminated with funny treatments – he was among the unwashed pickpocket children under the authority of Headmaster Coleman who "rumbles with grumpiness in a rambling stew of hate", the "bearded nun who beats little children" and other teachers who will "die smelling of attics". Perhaps an exaggerated recollection but one that no doubt provides echoes for people who were caught up in the system of the time. Morrissey portrays Manchester life as seemingly soulless, forever wet and working class, which he laments over throughout the first thirty pages with singing possibly the only way out.

Beyond this Morrissey discusses all manner of subjects: his musical influences, poetry, his sexuality and romantic interests (subject to speculation over many years due to his self -proclaimed  asexuality), his acrimonious relationship with his record company Sire and then there is the bitter and drawn out recollections of a court case involving him against other band members - I found this hilarious, however, other reviewers dismiss this portion of the book as being a highly subjective rant void of self scrutiny. But who would really know?

Adding to the texture of the book are his various interactions with other famous people - David Bowie comes up a bit and is referred to disdainfully as "flesh eating Bowie" (due to Morrissey's ardent vegetarianism). He states candidly that Margaret Thatcher should have been assassinated, which is no surprise given his song "Margaret on the Guillotine". Other musical and political figures are given a beautiful or brutal treatment depending on his preferences.
If you like music, give this a read. If you like The Smiths or Morrissey, its a must. It might make you angry, or it might make you laugh. Or in True Morrissey fashion it will probably do both. 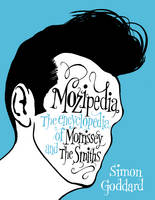 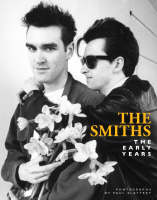