Wending my way between libraries I invariably used to spend the travelling time with the radio on, listening to myself trilling a completely unnecessary accompaniment to Kenny Rogers’ Coward of the County and The Gambler (seemingly the only two songs on the radio station).

It got to the stage where, similar to the Pavlov Dogs experiment (luckily without salivation being involved), as soon as the music commenced I would be ‘lyric and intonation perfect’. Yet when it stopped I wouldn’t even remember what the lyrics were, let alone having drawled along with them convincingly.

Realising that drastic action was needed, I decided to listen (and perhaps accompany) some other form of entertainment. That’s when spoken word CDs came to my attention. 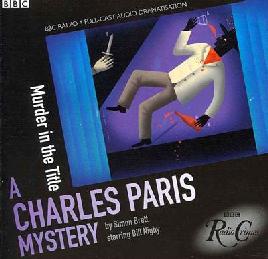 Simon Brett’s Charles Paris character has been adapted for radio with the amazing Bill Nighy playing the title role (just as I envisaged him sounding when I was reading the books).

Charles is a middle-aged jobbing actor who, when not attempting reconciliations with his ex-wife Frances and indulging in both pithy and acrimonious verbal exchanges with his long-suffering agent, appears to stumble upon ‘murders’ with more regularity than his often lamented ‘potted’ acting jobs.

My time spent with Murder in the Title and Cast, in Order of Disappearance was brief but memorable and I am looking forward to listening to the other four spoken word CDs in this series in the library collection… The contemporary settings and authentic sound effects combined with the very witty dialogue really had me feeling I was THERE experiencing the story with them. 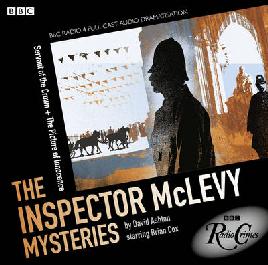 Sticking with my murder/mystery genre, I then embarked on David Ashton’s  The Inspector McLevy Mysteries. Again, originally a BBC radio play, but now I had a chance to relinquish my South East Counties accents and polish up my rusty Scottish accents!

Inspired by the real-life memoirs of a Victorian Inspector in Scotland, James McLevy prowls the dark streets of 1860s Edinburgh bringing criminals to justice, with the assistance of Constable Mulholland.

With dour, dogged, determination, Edinburgh’s ‘Finest’ and I foiled an assassination attempt on Queen Victoria; lamented the death of a novice team member of the Force and brought a vicious serial killer to Justice –  and all achieved whilst behind the wheel of a car with my newly acquired and authentic Scots accent! Note to Mel Gibson, should he ever decide on a sequel to Braveheart…

OK, so you don’t need to ‘react’ with them like I choose to do, but they are still really good to listen to – funny, realistic, poignant. Have you tried any? Which ones would you particularly recommend?