It is a truth universally acknowledged, that a cat in possession of a good family, must be in want of another garden to do its business in.

Why, oh why do cats feel the need to cause disruption in the surrounding neighbourhood by leaving unwelcome little packages dotted on newly turned soil or - even worse - having spent hours on your knees planting and/or sowing and generally feeling quite good about your gardening efforts, a few hours later there is a trail of destruction ending with displaced earth and a ruddy great hole containing debris that you want to hurl at said perpetrator of the crime.

The neighbours feign amazement when, in passing conversation over the fence, you allude to the fact that your garden is being treated in this cavalier fashion and are smug in the knowledge that their cat wouldn't be guilty of such heinous crimes as it is a well-known fact that they faithfully use their cat litter facilities.

Of course, cats are invariably both smart and brazen and they don't feel the need to cover their tracks. They certainly aren't visible as the guilty culprit when the dastardly deed has been chanced upon. And what if you have several contenders for the nuisance award ... You barely flinch when it happens the first time but then, over a period of time, when yet another plant has been uprooted from the security of its new little home and left a bedraggled mess just a few centimetres from its once promising new start in life, your thoughts turn to RE-EDUCATION! Is it even possible?

As kitten season has just arrived, here are a few books and magazines that prospective owners might feel inclined to flick through to keep their kitten/cats on the 'straight and narrow' INSIDE which may/may not make them behave better OUTSIDE (not holding my breath though).

Maybe gardening and cats are just an incompatible combination (especially when you don't own the latter). Anyway, there a lot of practical tips 'n tricks available via various formats within the library - so good luck with the training of the new recruits to your household and a Merry Christmas to one and all!! 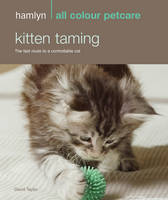 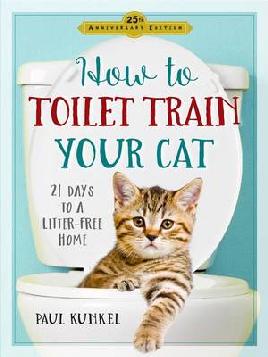