In Three Things about Elsie, we join Florence Claybourne ('Flo' only to a select few) mulling over the various scenarios that could occur once some kind soul at the Cherry Tree Nursing Home realises they haven't seen her for a few hours. She is lying on the floor of her apartment where she has recently fallen 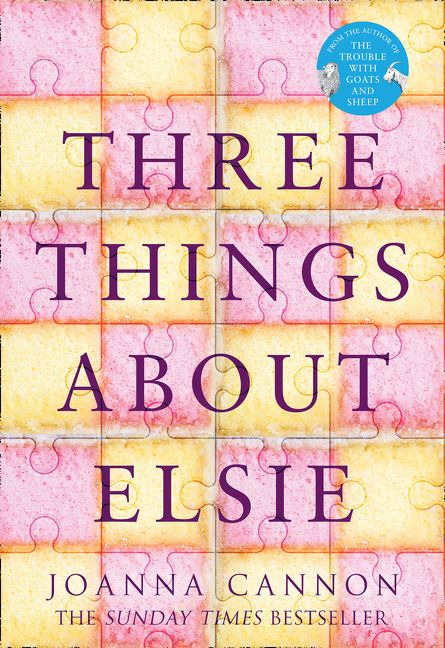 Florence is a mentally fragile (inferred by other inhabitants and members of staff at the Nursing Home) octogenarian, worried that her inability to summon both the right words and behaviour at the right time is influencing the 'Powers that Be' (namely Misses Ambrose and Bissell) that she is a suitable candidate for Greenbank where there is a far higher staff-to-resident ratio.

The thinly veiled threat of a probationary period just to see if Florence can rein in her unpredictable behaviour doesn't help matters much.

Thank goodness she has an ally in her old and very dear friend Elsie to whom she can unburden her thoughts and fears. Especially so, when a new, unwelcome arrival at the Nursing Home is someone Florence and Elsie remember all too clearly from their past - and whom they both believed long dead. Why is he is now masquerading under an assumed name? Who will believe her when her current lapses in memory are causing concern to both herself and others?

What evolves during the novel is both a murder/mystery needing to be solved, but more importantly an awareness of how people can disappear into old age and no longer be counted.

Florence is a delightful and very droll character - the very realistic everyday conversations that go off at various tangents evolve whilst trying to navigate and understand the different world that she, Elsie and other occupants of Cherry Tree find themselves in today.

It was a gardening programme.  Someone was standing on a patio in clean wellington boots, explaining how to plant seeds.  Jack pointed at the screen with his walking stick.  'At our age, it's an act of optimism, planting seeds.'

Hats off to Joanna Cannon who in Three Things about Elsie has vividly captured the vulnerability and flawed natures of so many credible characters, and imbued them with the wit, courage and strength to battle yet another day.