I wrote about American Dirt as one of the titles to look out for in 2020, and if the reserve list for this title (which has just been published and is not yet on our shelves) is anything to go by it would seem that the publicists were right.

However many commentators are saying that this book may be one to look out for, but for all the wrong reasons:

American Dirt created huge interest among publishing houses and created a bidding war and a seven figure deal, which has generated further criticism by Mexican authors who have been writing about the Border for many years and are largely ignored and would never garner this sort of interest - or money.

Jeanine Cummins took four years and extensive research to write this book, but admits to questioning what gave her the right to tell this story, as well as a nervousness about the response she would get. Commentators are certainly responding sharply, with arguments ranging from the unfairness of the financial package she has received, to the dubious intent of a white person writing this story in the first place and well as examples of inaccuracies and cultural stereotyping. The publisher Flatiron has responded in support but has also recently cancelled some book signings.

In its statement, Flatiron, which describes American Dirt as “a novel of enormous power,” declares that it is “carefully listening to the conversation around the novel, including the question of who gets to tell which stories.” But, Flatiron adds, while it welcomes such discussion, the press “ultimately goes back to the novel’s intention,” that it is a tale of parental love. “American Dirt asks the question, ‘how far will a mother go to protect her son?’ and thus allows readers to feel empathy for immigrants and others “who are struggling to find safety in our unsafe world".

If you wish to read more about the issues surrounding this title check out these links:

Titles by Mexican and Mexican-American authors 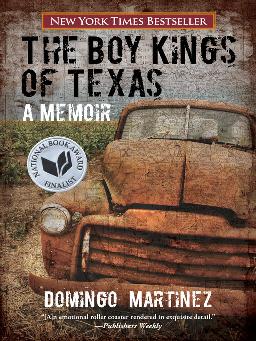