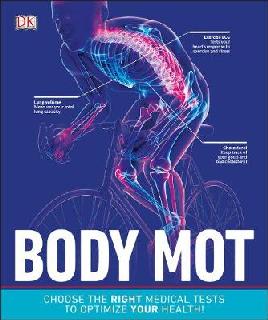 This debut novel is being marketed as a "tour de force" with each chapter recording an intimate discussion with friends and family about desire, disgust, motherhood, loneliness, art, pain, feminism, anger, envy, and guilt with a 38-year-old unnamed narrator who is hungry for experience and and wanting to upend her life. Considered a book that will be the object of many discussions and opinions in 2020.

Sure to put another perspective of the Border crisis between Mexico and the United States. A Mexican woman flees with her young son to try and make her way north and far away from the drug kingpin who threatens her life. She leaves her middle class comfortable life to become just one of the many migrants riding the La bestia trains on the way north. "Harrowing and heart-rending".

An ambitious work that considers the common experiences as well as the immense disparities between two men, one Israeli and one Palestinian. Rami's thirteen-year-old girl Smadar was killed by a suicide bomber while out shopping with her friends. Bassam's ten-year-old daughter Abir was shot and killed by a member of the border police outside her school. The men become best friends and the title of the book becomes clear ... Apeirogon — named for a shape with a countably infinite number of sides.

The Mirror and the Light Hilary Mantel

You saw his rise. Now, see Thomas Cromwell's fall. The final part of the trilogy that began with Wolf Hall.

The superlatives are endless for this debut title, "the prose shimmers and swerves", "a novel that lets a parched tongue find relief in its pages",  "a feminist magnum opus". Cult leaders,
parched earth, lost mothers, taxidermy mice and a young woman coming of age. All the makings of of a bestseller (apart from the taxidermy mice perhaps?)

Sue Monk Kidd has taken The Gospel of Jesus' Wife, a papyrus fragment with Coptic text that includes the words

(which could imply that Jesus was married) and creates a story of Ana, a strong intelligent woman who is attracted to Jesus and feels equal to his spiritual and philosophical ideas. They marry and the rest as they say is history,  but this is Ana's story and is not what we have come to expect.

The Book of Longings

Struggling to get that loving feeling? Or perhaps needing something to get you over your last disastrous relationship? Some time in the not too distant future - according to the author - a drug may be available to help.  Not without controversy, the idea of a "chemical romance" might be closer than we think.

Love Is the Drug

The search for wellbeing is not going away. Some might call is an obsession, and there are aspects of this book that make me wonder if they are right. Every medical test we have ever had is explained, and no doubt in our quest for health and wellbeing there are a heap more we could be having....possibly not a book for the healthy anxious, but definitely a  book of for those of us wanting to know more about what hidden meaning those tests actually contain!