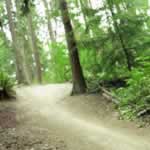 “Squawk! Squawk! Kea looked at the flock of birds to see if they had all arrived.

Kereru gasped for breath on the branch ahead. Morepork sat on a low branch, his eyes swiveling around taking everything in. Papango, the black duck, sat on her nest. Pukeko walked around everyone, flicking his tail. Kiwi burst through the bushes, stopped, retreated and then poked his beak around a large kauri trunk.

“Now everyone, I have something to tell you. We have a thief in the forest,” squawked Kea.

The birds gasped. Papango let out a sob.

“Papango, can you tell everyone your story?” asked Kea.

Papango, flicked out her black wings, heaved a sigh then opened her mouth to speak.

“But…” Papango didn’t want to lose her grand moment. She had been working herself up to it all evening.

“Where was I? This is very serious. Someone has stolen Papango’s eggs.” Kea looked over at her. “How many have you got left?”

Papango stood up to let every see. “Only…”

“That’s right only one left. She started with six,” said Kea. “Has anyone seen or heard anything suspicious?”

“Oh, that was me,” said Kiwi, he dropped his head in shame. “I was being chased by something large and hairy. Sorry.”

“That’s understandable. You can’t be quiet when running away. Anyone else?”

“Oh dear,” said Kereru. She took a breath. “I saw someone sneaking around early this morning. It must have been the thief.”

“Not your fault, you weren’t to know,” said Kea. “What about you?” he asked Pukeko.

“Did you see anything?” Kea asked.

“Oh, I saw a hedgehog sniffing around the joint.”

“That settles it - let’s go arrest the hedgehog,” said Kea.

The birds took off. Kiwi ran through the bushes but he lost sight of the birds. Morepork turned back. “I’ll fly low so you can follow me,” he yelled to Kiwi.

Papango didn’t follow instead she waddled to the pond and waded into the water. She dived down to the bottom and nibbled on some fronds. Suddenly, an idea came to her, up she burst. “Quack! Quack!”

Only Kereru was there to hear her.

“Quack! It can’t have been hedgehog. The eggs didn’t go missing in the morning, I was sleeping then. It could only have happened when I was in the pond last night. Drake and I had a little moonlight swim together. I thought I had lost him too, and there he was at the other end of the pond.”

“Oh dear, I better tell the others.” Kereru puffed up her chest then flew off in the air. She caught up with the birds under the totara tree. A frightened little hedgehog cowered in the middle.

“Not now,” said Kea, “I’m right in the middle of handing out a sentence.

“Of course he did,” said Pukeko.

“Oh dear,” said Kereru, “Papango told me to tell you that the eggs didn’t go missing this morning, she thinks they were stolen last night. She didn’t notice that the eggs had gone in the dark.”

Kea wasn’t about to free hedgehog just yet. “Ahhh, but Hedgehog might have stolen the eggs last night.”

“I can vouch for Hedgehog last night,” said Morepork. “I was keeping track of a mouse when I saw a dog playing with Hedgehog. The dog only left when one of Hedgehog’s spikes pricked him in the nose. It took me hours to convince Hedgehog to unfurl himself.”

“Back to twig one,” said Kea. He hoped to solve the case quickly so he could fly off to Little Barrier Island. “Okay, if it wasn’t Hedgehog who was it then - the usual suspects?”

Everyone looked at Pukeko.

“That’s right. Just because I ate one, blame me for all the rest. I knew this was coming.”

“No need to get on your high perch,” said Morepork. “What Kea meant to say was did you see anyone?”

“It was the way you all looked at me. Now let me see,” said Pukeko. He walked up and down flicking his back tail in two-time to help him with his thinking. “It must be Possum - I saw him munching leaves in the pohutukawa tree last night. That’s not far from the pond.”

Kea was the only bird to shoot off; he didn’t notice no one followed.

“This is a wild bird chase,” said Morepork. “Old Possum couldn’t have done it; he’s too scared to climb out of his tree. He reckons there is a trap in every corner - all ready to snag him.”

“Oh dear,” said Kereru, “are you sure? Who else can it be? I’m just about to lay my eggs. I couldn’t cope with losing this year’s egg too.”

Kiwi lifted his head up to make him look taller. “I’ll keep watch tonight if someone can watch during the day.” Then he stepped behind the tree, ready for someone to laugh at his suggestion.

“You are such a dear,” said Kereru.

“Of course, I’ll help at night,” said Morepork. “Pukeko you can do the dusk shift and Kereru and Kea can watch during the day.”

Kereru and Morepork flew off and Kiwi seeing the look on Kea’s cross face made a quick exit also.

The moon was full and pearly white, acting like a street lamp in the forest. Morepork sat on his perch, turning his head from side to side in order to see and hear every twitch. Near the swamp, Kiwi probed the leafy soil for a worm that he could feel vibrating in the soil. Neither Morepork nor Kiwi could hear a sound. The lack of the usual night noises put them on edge.

Halfway through the night Morepork could feel his stomach grumble - he was starving. Hearing a twig snap he flew off to investigate, hoping it would be a big fat juicy mouse. His eyes zoomed to the target. Out of the bush crept a piddly little mouse. Never mind, he thought, hungry Moreporks can’t be choosy. Swooping in he caught the mouse with his talons then flew back to his perch. He ate dinner - bones and all. He had just finished the last bit of tail when he heard something heading for the pond.

Morepork swooped through the forest, his wings barely making a noise.

Kiwi at the other end of the forest also heard the noise. With a worm still dangling from his beak he ran towards Papango’s nest.

The moon glistened on the pond and Papango and Drake touched beaks - they had found each other again.

The two ducks glanced up, the magic of the moment gone. Papango quacked and raced towards the edge of the pond.

Meanwhile, Kiwi ran around bushes and over fallen branches. He arrived at the pond to see the Drake flapping his wings just near the nest. A yellow faced Possum, a shame-faced Pukeko and a cowering hedgehog sat right next to the nest.

“I’ve caught them all fighting over the egg,” said Papango.

They seemed a little unsteady on their feet. “I think I’m going to be sick,” Possum said. He leant to the side and coughed up a foul smelling egg. “It’s off.”

“What do you mean, off?” shrieked Papango. “I laid that egg just 28 days ago. I can remember it exactly because I thought I’d found a good spot this year - right next to the reeds so I can…” She stopped and looking around said, “Oh, this isn’t the spot at all.” She waddled towards the reeds. Twenty waddles away she poked her head down then looked up. “Oh, how quackers of me - here they are - all six of them. They are still warm too. How can that be?”

The Drake, who usually let Papango do all the quacking spoke up. “Why dear, I thought you had two nests on the go this year. I’ve been sitting on this nest for you.”

“Oh, dear,” said Papango, “that other nest must be last year’s one.” She giggled, “It’s been quackers around here - I simply got myself confused!”

Read our interview with Maria Gill, opens a new window.