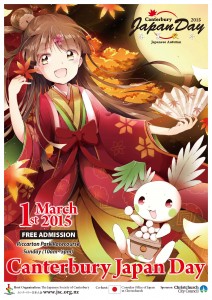 Canterbury Japan Day is an event organised annually by The Japanese Society of Canterbury with the aim of sharing authentic Japanese culture with Cantabrians.

In 2015 it will take place from 10am to 5pm on Sunday 1 March at Riccarton Park Function Centre, Riccarton Racecourse.

There will also be some 50 stalls selling Japanese delicacies, and craft objects.

The history of Canterbury Japan Day

The Day proved very popular and has become an annual event, attracting about 20,000 visitors in 2014. 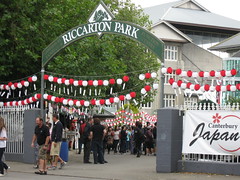 The theme for this year's Canterbury Japan Day is Autumn. Colourful leaves (koyo) will decorate the Function Centre, reflecting the fact that the viewing of Autumn leaves is a popular activity in Japan.

Check out photos of previous Japan Days on our photostream.