Fiction publishing  is very much trend and theme driven, and as Heidi Klum said "one day you're in and the next day you're out".

There are always the bestseller authors, but in amongst their numbers are a few subjects and authors that can come out of left field.

Bookshops. Books and people who sell them, read in them, murder in them and fall in love, usually in old dusty quaint places - none of which resemble Whitcoulls or Paper Plus. The recently released movie The bookshop might also create some interest in this area. 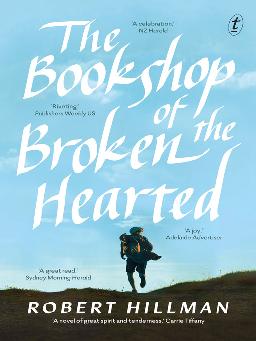 Librarians and libraries!  Well, not exactly a major trend, but for a generally under-represented group in books and films we seem to be featuring on a regular basis lately - usually there is a murder involved ...which is um, interesting?

Bakeries. Food has always been a feature in fiction, but just lately there has been the odd bakery/romance popping up, which seems like a nice mixture to me.

Bees - and for some reason Beekeepers...

Feminist dystopias - not surprising considering the dramatisation of The Handmaid's tale. These books are not for the faint hearted.

Of course, fiction publishing is also affected by what is going on in the world, there have been more titles published in the last few years about refugees for example, plenty of titles about the economic crisis, climate change and a plethora of light easy reads for those of us who just want to escape.