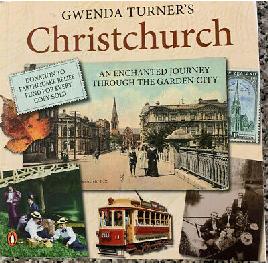 It was named by the founder of the settlement, John Robert Godley after his old university college of Christ Church in Oxford, England

Who is John Godley?

He's regarded as the founder of Canterbury.

Who are William and John Deans?

They were two of the most dedicated and enterprising of New Zealand’s early settlers. In 1845 they settled at Riccarton, farming wool, wheat and potatoes and exporting butter and cheese to Sydney.
Riccarton Bush (the site of their first farm) was the first Canterbury homestead.

When was Riccarton Bush presented to the city by the Deans family?

Who was James Fitzgerald?

He was an outstanding politician and newspaperman. He joined the Canterbury Association and was the first editor of the Lyttelton Times. He was also the immigration agent and inspector of police at the port. In 1853 he became the first superintendent of the province and MP for Lyttelton.