Many might assume that an old friend has returned to New Brighton.

But it is, in fact, a replica.

Along with the lighthouse, the concrete whale has been an iconic feature of the pool at the New Brighton playground for over forty years. Known as the 'whale pool', such is the attachment that local residents have towards it, that when a survey was held in 2016, asking them what they expected from a redevelopment of the playground and pool, 90 per cent of the respondees stated that they wished for the whale to remain.

Children of Christchurch were first introduced to the whale in 1971, when, after years of planning, the playground opened on 16 December.

The origins of the playground lie in the formation of the New Brighton Pier and Foreshore Society which was established in 1964 to save the historic New Brighton pier (built in 1894) from demolition. Although the pier was eventually demolished in 1965, the society continued to serve the community. In 1967 the organisation decided to build a children’s playground and pool.

The northern carpark by the beach was chosen as the location, and in 1968 proposed designs were made. In the following year they were submitted to the Christchurch City Council but these were rejected as inadequate. To remedy this, the society hired a professional architect to bring their plans up to a required standard. Eventually these plans were scaled down, and when presented again to the council in 1971, they were approved. The pool and playground were completed in time for the summer holidays.

Like many of the other paddling pools in Christchurch, the whale pool was damaged during the February 2011 earthquake. Repairs were made and the pool officially reopened on 17 November 2012.

As early as 1998, there had been discussions surrounding the concept of a saltwater hot pool complex at New Brighton. After the restoration of the whale pool, the idea was raised once again. In December 2016 the council approved the funding for the Beachside Playground and coastal protection works to be carried out by Development Christchurch Limited. Construction on the new playground began in August 2017 after a sod turning ceremony was held.

Although it was initially planned to keep the old whale (but with a new water jet installed), an engineer’s assessment found that it would not survive the relocation. Given that it was important for the whale to remain a part of the playground, a fibreglass mould was made and a replica whale produced. The ‘clone’ of the original was set into place on 5 December.

Pics from Development Christchurch. Check out these snaps of the whale 'clone' being hoisted into its new home in the Beachside Playground!

The new playground (complete with replica whale) opened Wednesday 20 December 2017 at 10.30am.

The fabulous waka at the New Brighton playground. @ChristchurchLib pic.twitter.com/pFR9FQRZu8

The original whale pool was demolished in November and December 2018 to make way for a new hot pools complex.

Photos of the old and new whales 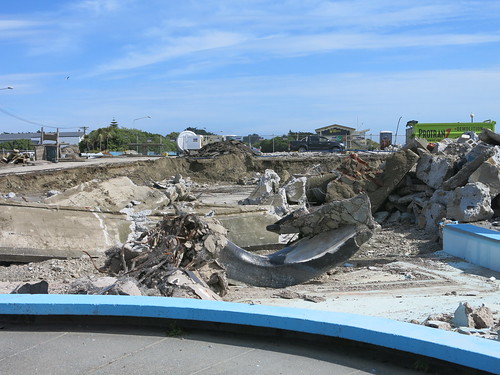 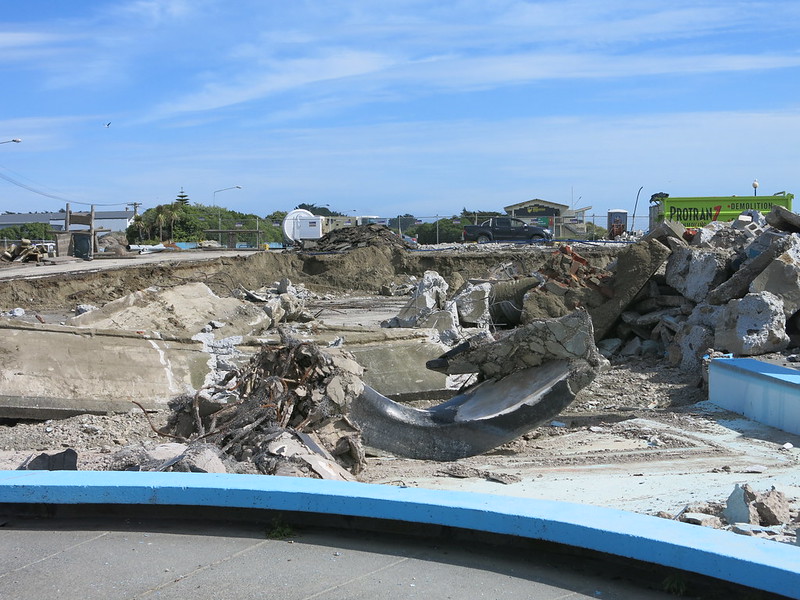 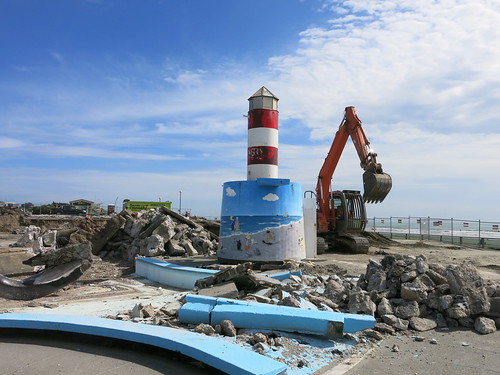 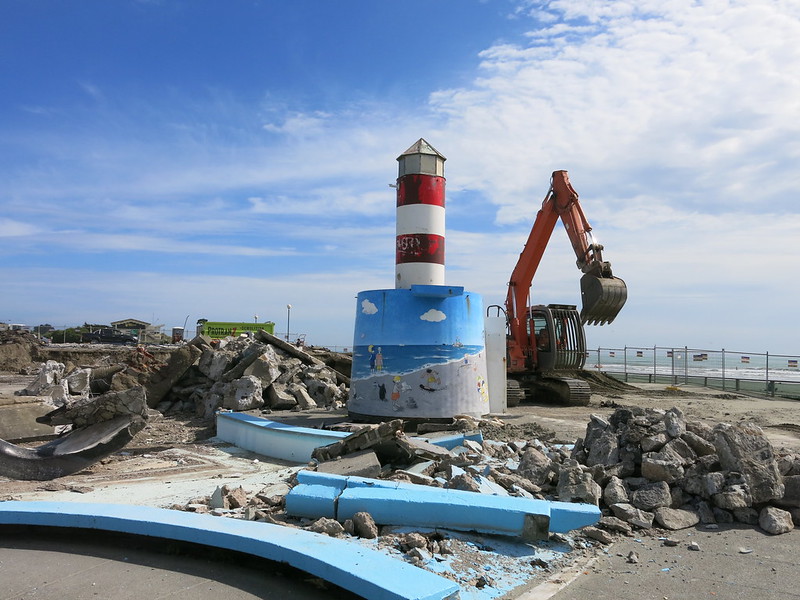 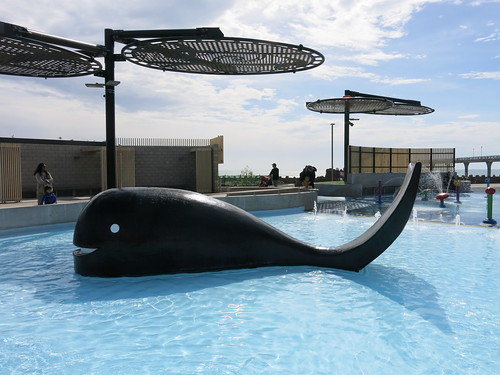 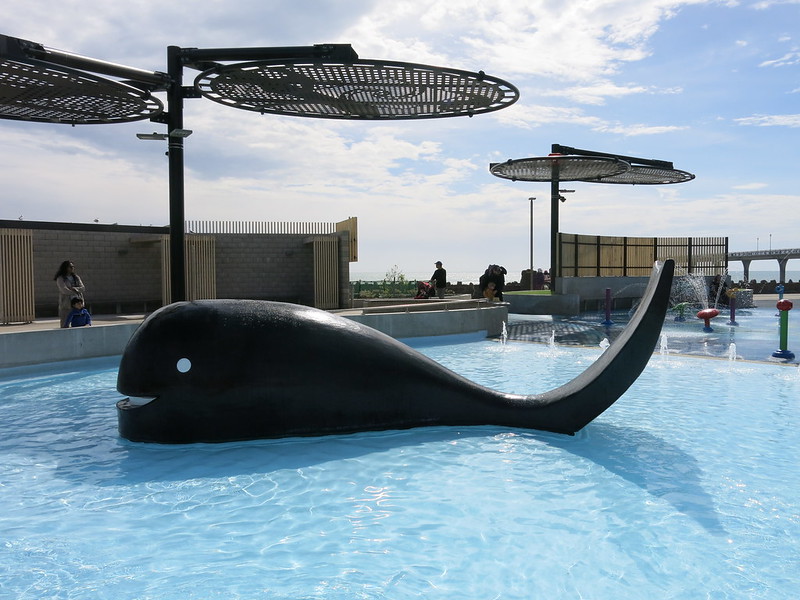 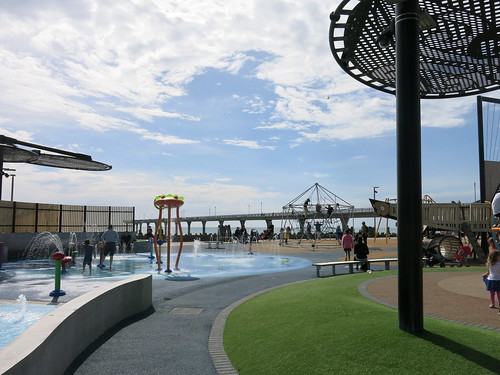 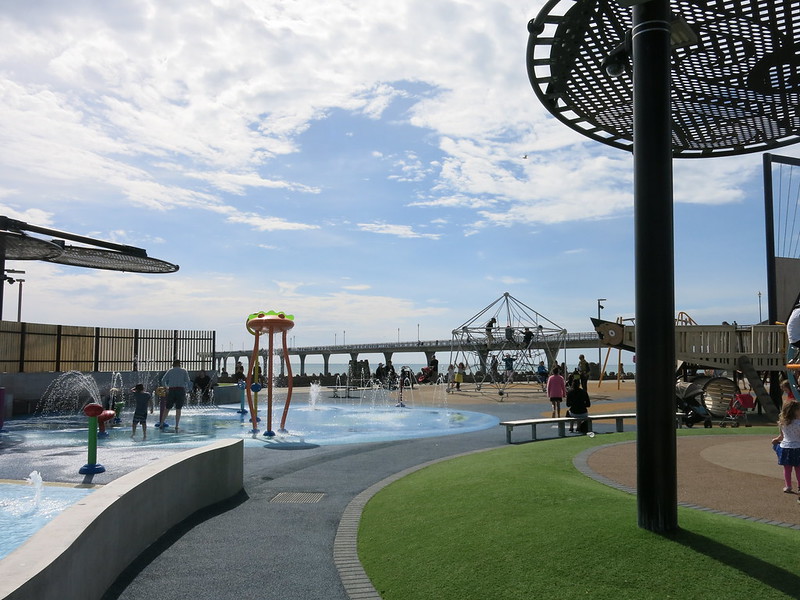 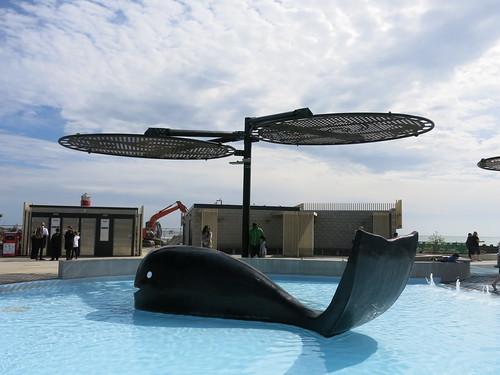 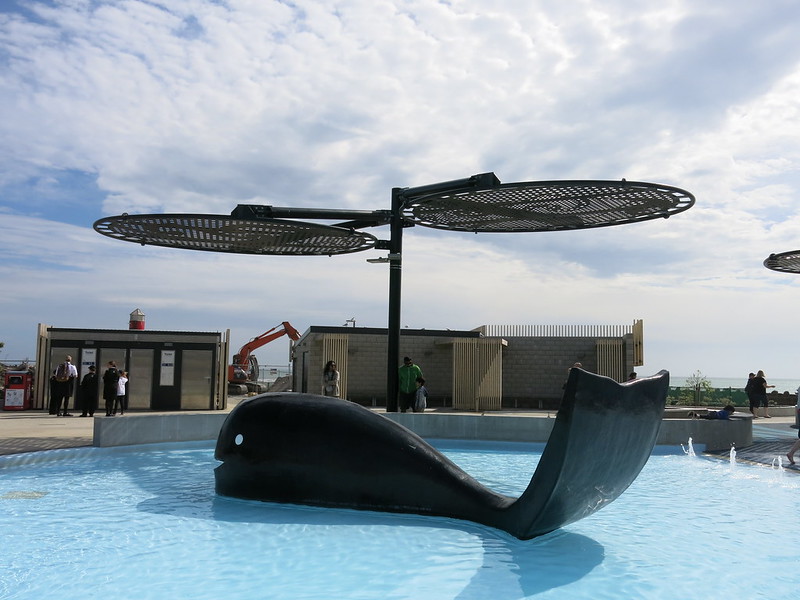