The scope of our imagination is from the earth to the stars
(Professor Te Wharehuia Malroy, Kura Reo ki Te Waipounamu 2014)

This is the fourth year Christchurch City Libraries celebrates “Te Iwa o Matariki – the nine stars of Matariki”. Our focus this year is a celebration of all the stars. 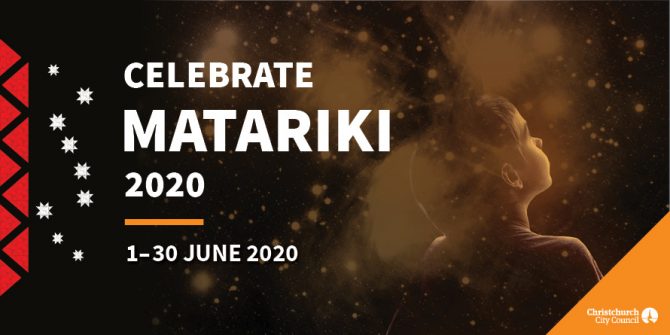 When is Matariki this year? 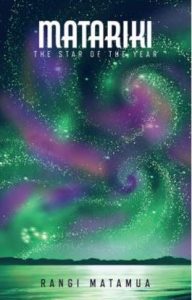 The star cluster of Matariki is also known as Pleiades. It moves through the sky during the year until the cold months when it disappears for approximately 28 days. Upon its reappearance again on the horizon, the Māori New Year begins and so too the journey of Matariki for another year.

Many people believe the return of Matariki is only celebrated in June, but that is incorrect. The celebration of Matariki is based on the Māori Lunar Calendar known as the Maramataka. This year Matariki will set on 15 May and rise again from 13 to 16 July.  The period of Matariki (when it can be viewed on the horizon is from 13 to 20 July - Prof Rangi Mātāmua – Matariki the star of the year p58). These dates change from year to year.

How we are celebrating Matariki

Christchurch City Libraries will be preparing over June for the return of Matariki from 13 July 2020.

This year, in place of events at libraries, we will be sharing online activities and content throughout June. Check back here on the blog for weekly Matariki posts, and we’ll be posting Matariki stories, songs and craft activities on our Facebook page.

“What does Matariki mean to you?” - Tell us a story or a poem

Here’s your chance to tell us what Matariki means to you and get it published on our Canterbury Stories, our digital heritage repository.

Stories will start going live on Canterbury Stories with the rising of Matariki on 13 July 2020.

For iwi in Tai Tokerau, Tūwharetoa, the Aotea region and even in Te Waipounamu / South Island, it is Puanga not Matariki that marks the start of the New Year. This is because Puanga rises just before Matariki each year. For some Puanga is seen as the pre-cursor to the rise of Matariki and that Puanga foretells the fortunes of the coming year which Matariki confirms through these stars' appearance three days later.

Some oral traditions recall Puanga as the older brother of Takurua and Matariki.  Jealous of the attention Matariki, his pretty younger sister gets, “the task of Puanga is to strive ahead of Matariki that he may again take possession of the year for himself”. (Sam Rerekura, Puanga – Star of the Māori New Year.)

Posted by Living by The Stars with Professor Rangi Matamua on Monday, July 29, 2019

The rising of Matariki is a time for whānau/family to come together, to give thanks for all we have, remember those that have passed away and set goals for the coming year.

This year Matariki will rise again on 13 July so we’re using June to prepare for its return and with it the start of the Māori New Year.  It is important to be kind to each other this Matariki as the old year has given us much to reflect on.

Things we can do:

Posted by Living by The Stars with Professor Rangi Matamua on Monday, June 24, 2019

The heliacal rise of Matariki - professormatamua with English subtitles on Instagram

Kia maumahara tonu mātou – We will remember them

The rising of Matariki is a time when we remember those who have passed away during the previous year.  Professor Rangi Mātāmua tells of a great waka (canoe) that travels the night sky every night.  As the waka passes certain points, it collects the wairua (spirits) of those who have passed away in a large net held by the captain Taramainuku. About 28 days before Matariki rises to signal the Māori New Year, the waka sets in the West near the sun. Māori believe that this 28-day period is when Matariki takes the wairua to the underworld to prepare to become stars in the night sky. When Matariki rises again in the East 28 days later, Taramainuku opens his large net and Pōhutukawa places all the new stars into the night sky.

To find your loved one among the stars, look up at the sky the night after Matariki rises. Close your eyes, call out the name of your loved ones and then open your eyes, the first star that twinkles at you is your loved one’s star waving to you. Twinkling is star waving. Remember stars move in the sky all the time, so next time you do it they might be in a new place.

Sadly, this year there will be a lot more new stars than normal because of the Covid-19 pandemic. It has been a difficult time for everyone but particularly those who have lost someone in the last three months. Please take the time over the period of Matariki to send good thoughts to those who need them and a big wish to Hiwa-i-te-Rangi to bring us all a happier more prosperous year a head.