Three mornings a week I bike past it, on the corner of Manchester and Armagh Streets. The Park was once part of the Elsie Locke Playground, while the new expanded area was named after Margaret Mahy, one of Canterbury's most-loved authors.

Part of the Government's Recovery Plan following the earthquakes of 2010/11, the playpark is the largest playground in the Southern Hemisphere. Its designers won a New Zealand Institute of Landscape Architects Award of Excellence for 2017.

Known for her rainbow coloured wig, her love of children and magic, Margaret Mahy's books are all about empowerment through exploration and imagination. The park's activities reflect her philosophy, encouraging children to take safe risks in their development.

There is always activity there. From grandparents taking little ones out for the morning, to larger groups of children in the afternoon, there is something for everyone to play on. There is water play too - great for hot days. The playground offers opportunities for children to take safe risks to promote development and well-being. This explains the "screams of terror and excitement" reported by The Press. The playground is safe for all ages, with lots of safety matting, and sports sun shades too, after this question was raised with the community after opening.

I also see many walking through - there is a pathway into town along the River Avon (Ōtākaro), which borders the park. It is well-lit at night, as is the playground for late night visitors.

My favourite to play on? The tunnel slides on the bank! 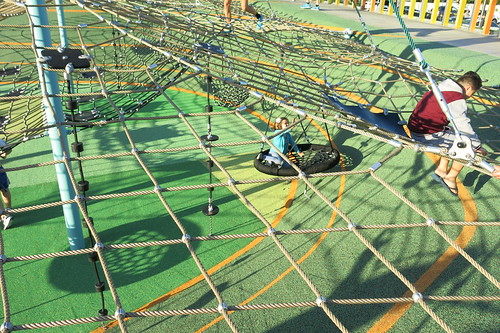 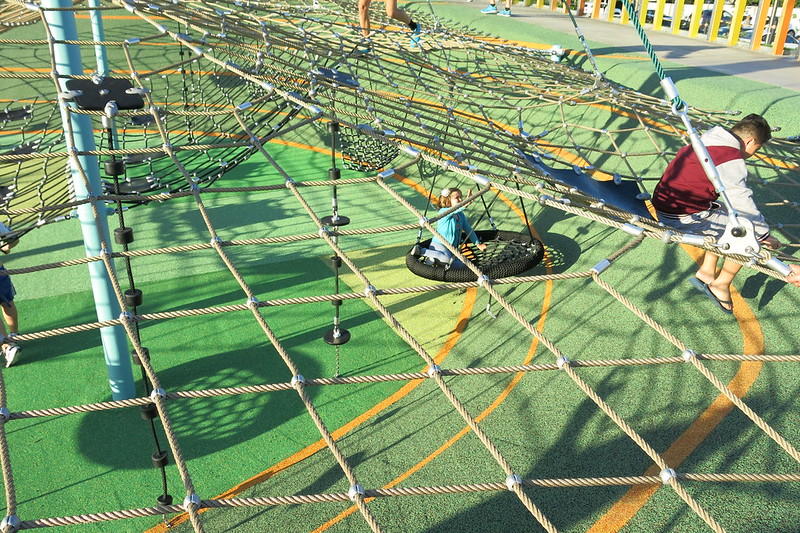 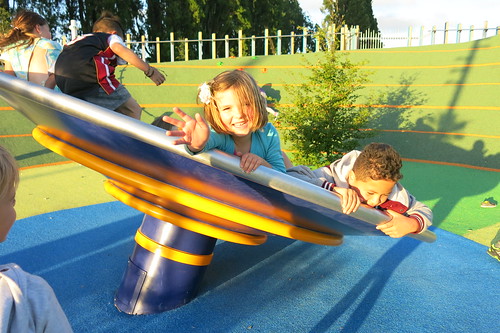 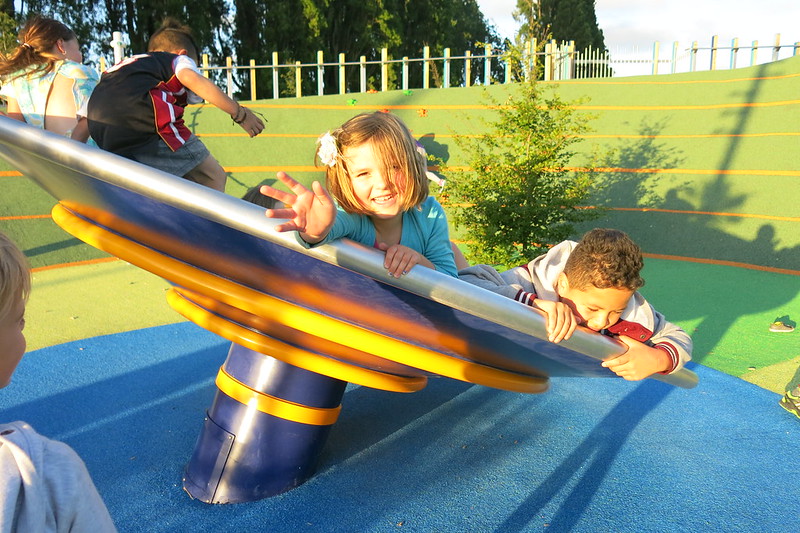 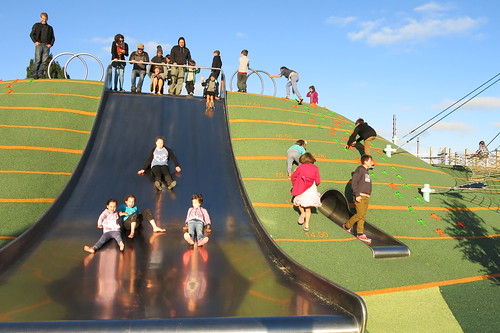 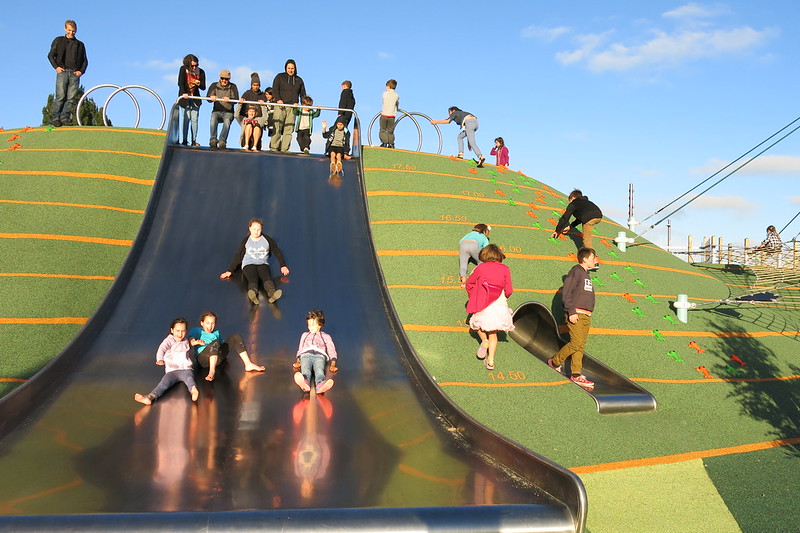 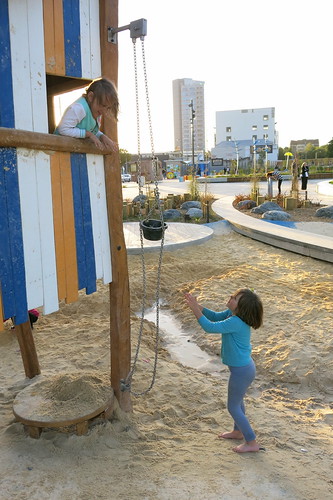 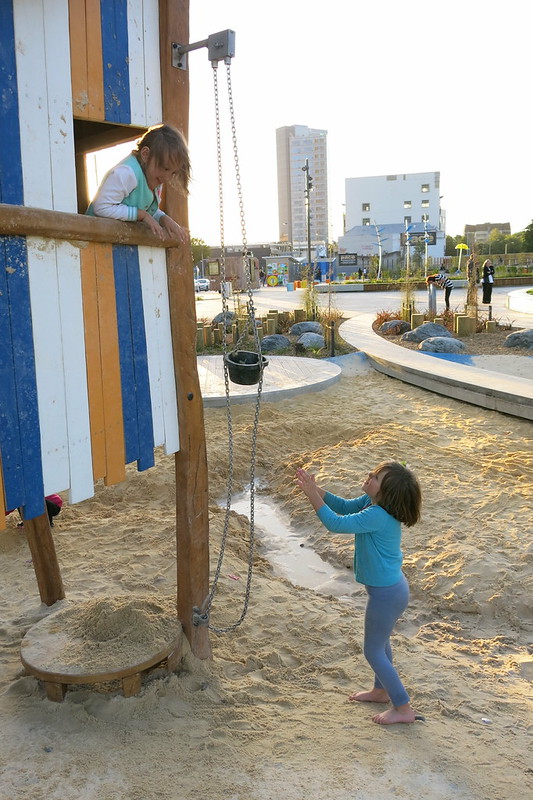 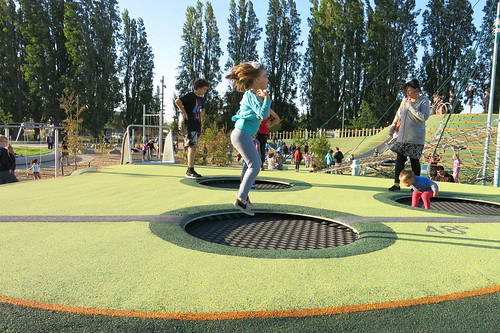 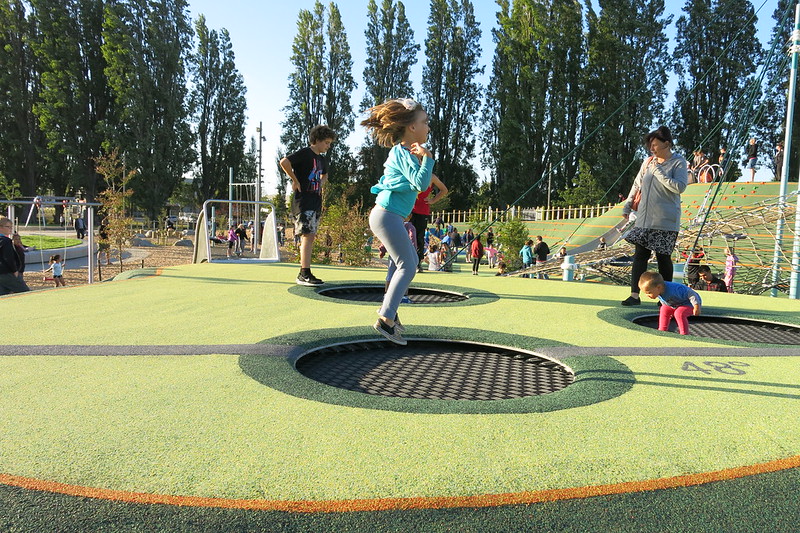 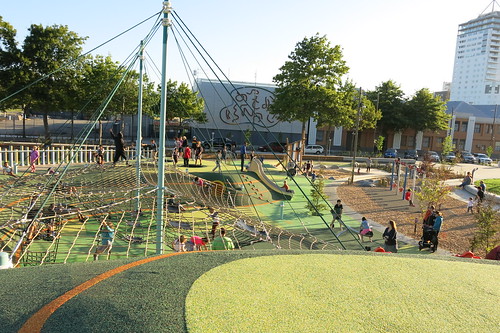 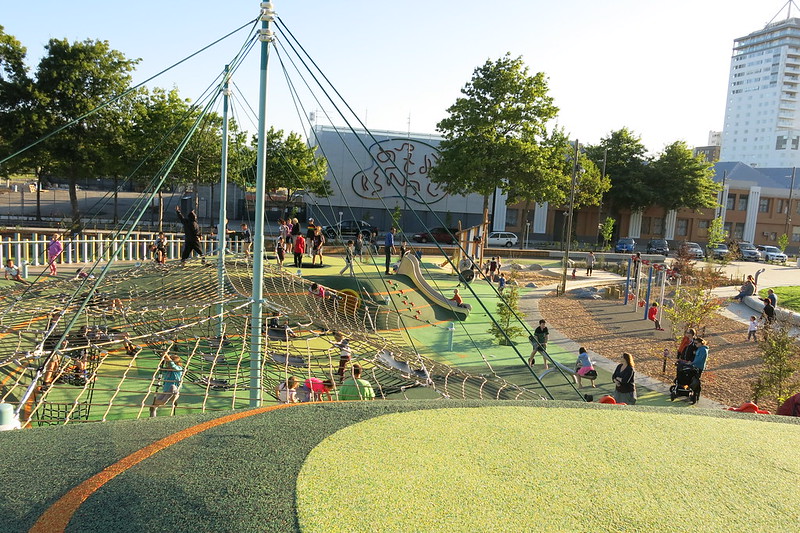 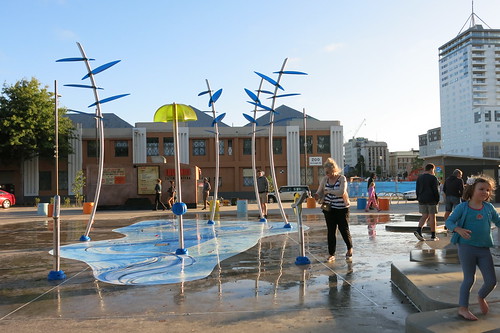 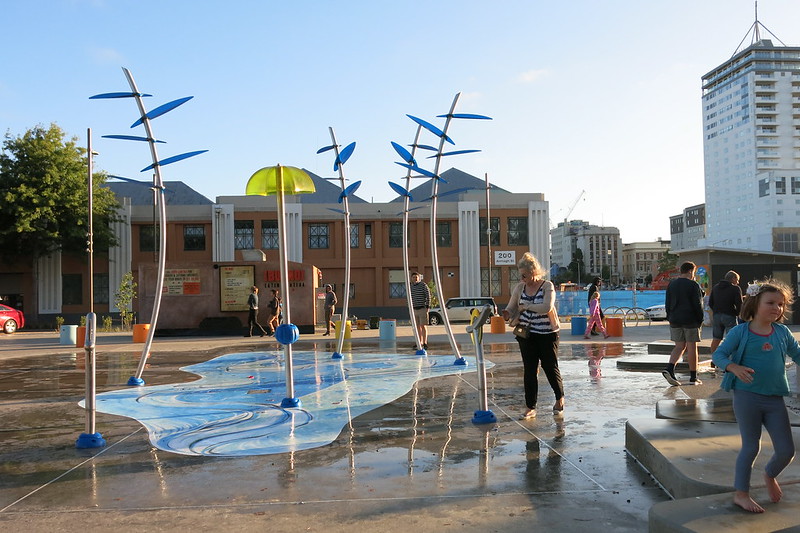 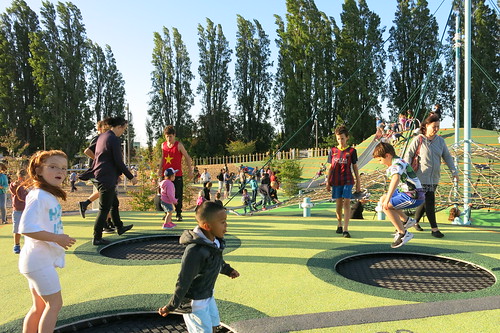 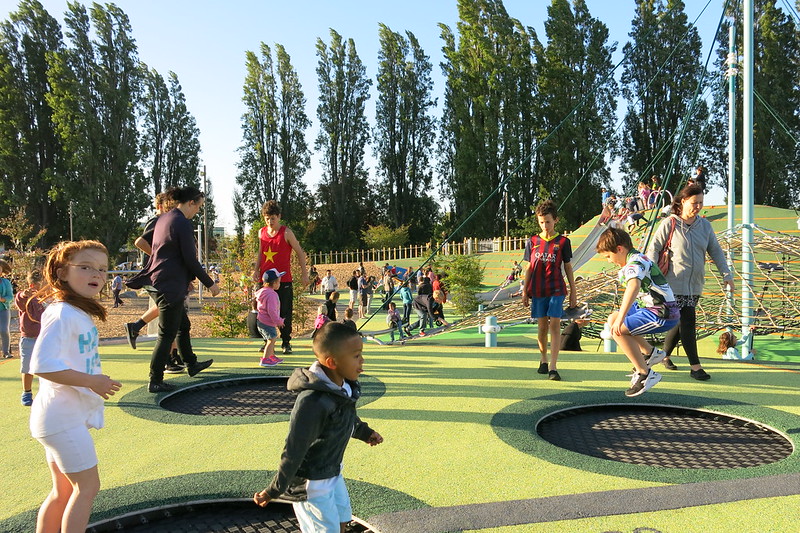 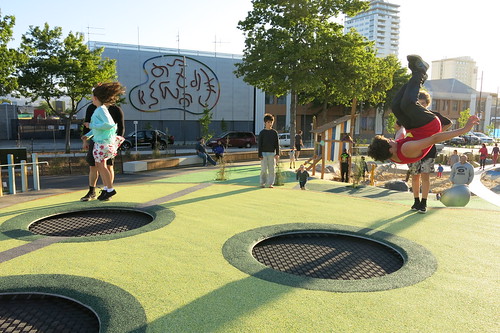 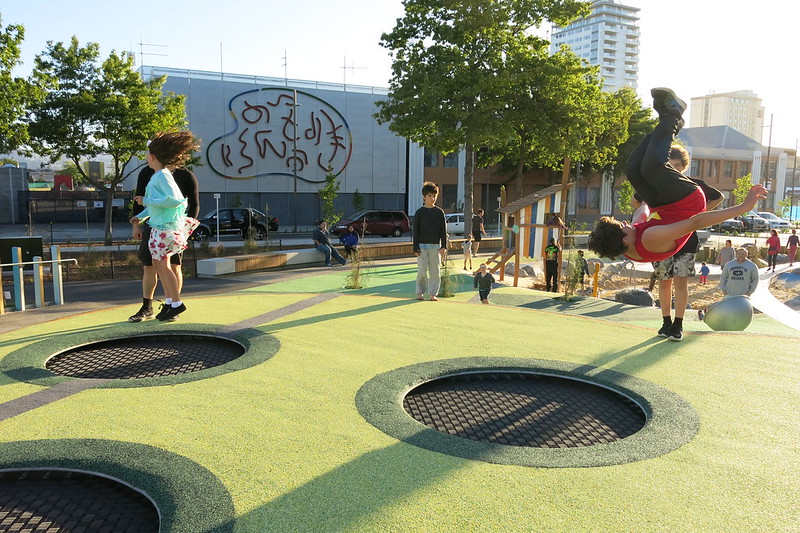 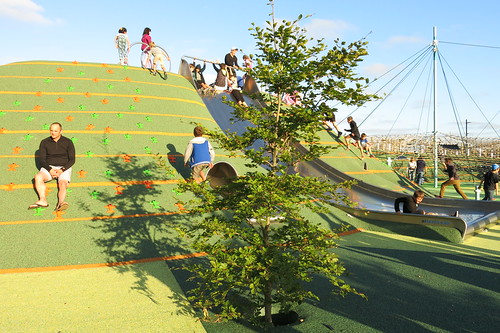 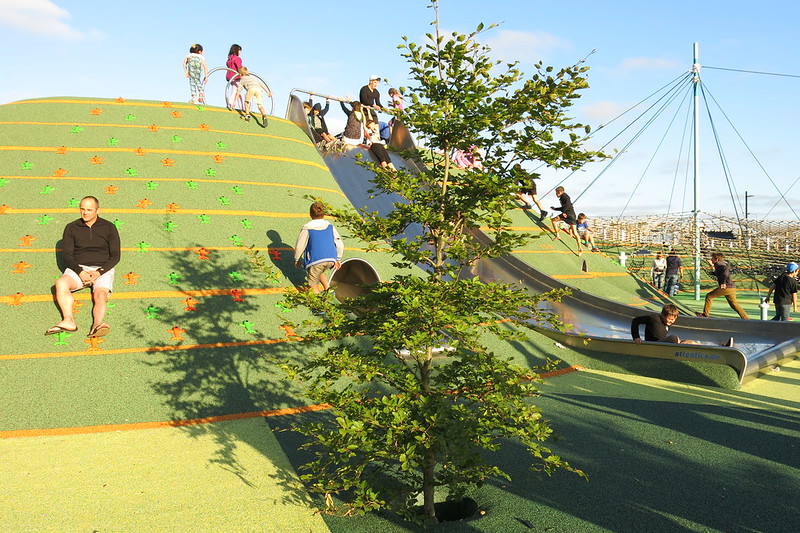 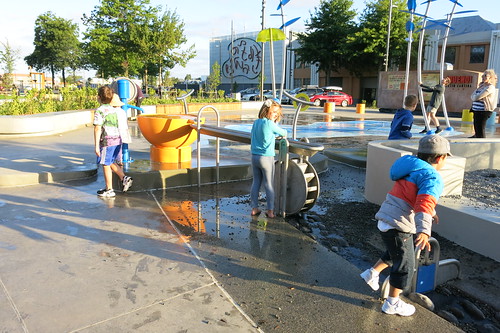 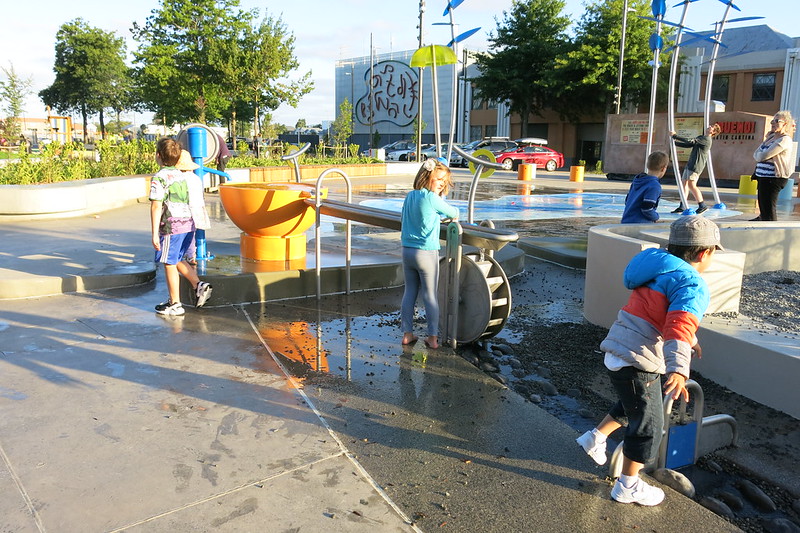 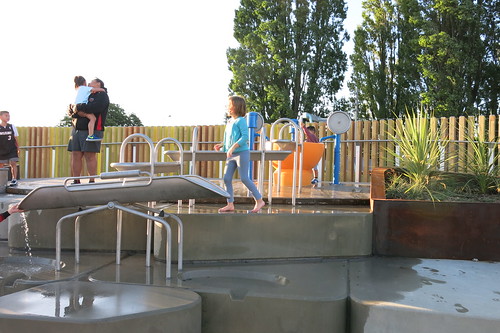 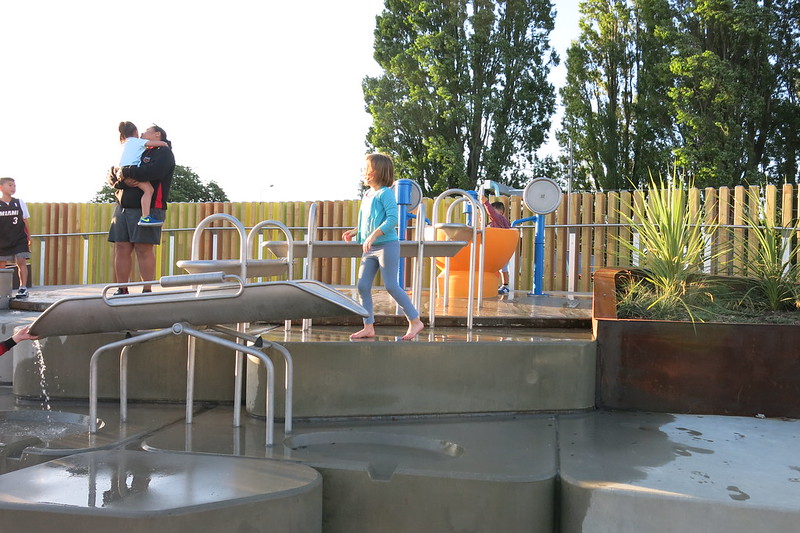