This is the first booky session I've been to with both my Mum and Dad. And a friend. Both had heard about Nick Davies, and didn't know he was coming to Christchurch for the WORD Christchurch Autumn Season. So we were a keen crew, as were the rest of the crowd. Joanna Norris, editor of The Press, was in the chair - she's great - en pointe at all times, and with rich journalistic knowledge.

Nick is a Guardian journalist. He investigated the phone hacking that was rife in British newspapers:

The story began in 2007 when the Royal Editor of The News of the World was imprisoned for hacking into voicemail messages of staff at Buckingham Palace. 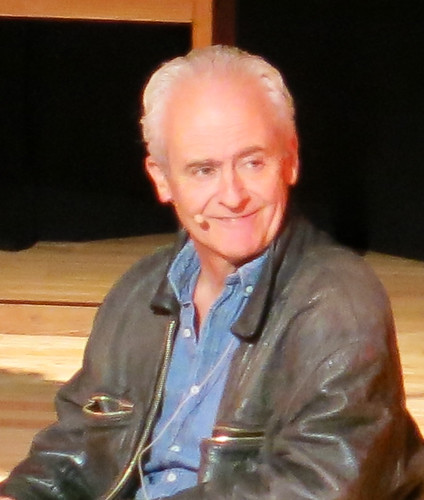 He was contacted by a insider who had all the information. Once the stories started coming out it grew massive - 200 people were complicit and 5500 victims affected in phone hacking scandal. It went straight into the world of power, but the difficulty was to prove it. The Guardian posted stories, and may have left it there - but it became locked into the story by the aggressive responses of people like Rebekah Brooks, then CEO of News International:

Our credibility was at stake.

Nick gave us a great insight into the murky world of the tabloid hacks - phone tapping, corruption, prostitutes, cocaine, the lot. The bad guy tabloid hacks are "very very sleazy". Nothing is off limits. He sees the hounding of Princess Diana by the newspapers as a turning point.

The wall of deference was broken down & everyone was now fair game ... Diana's life was ransacked for stories.

Tabloid newspapers are "peculiarly ruthless" and riddled with "cruelty and hypocrisy":

What they do is reputational violence.

This works most effectively against the power elite. The rich and powerful see their fellows brought down by scandal, and don't want it to happen to them.

Nick had quite a good theory as to why it is that our newspapers are relatively "gentlemanly" as opposed to the UK tabloids. New Zealand 's difficult geography and sparse population means that we haven't developed a national newspaper. Our papers are provincial. But in the UK, 12 to 15 newspapers were all competing in a rich market.

Discussion moved to the recent UK election and the role of the newspapers.

Since 1979 noone has been elected without Rupert Murdoch's support.

Some newspapers "pumped the electorate full of misinformation". Ed Milliband was portrayed as an "unreliable, untrustworthy nutcase". Every party "needed a Murdoch man in their office". Cameron had Coulson, but Milliband had a Murdoch connection too because:

You have to build a bridge to Rupert.

The PR stuff can go in the bin - we decide what is news. ... Honesty is the main thing in journalism.

A great discussion - and the issue is of ongoing interest. Read the book, and follow @bynickdavies and keep up with it all.

Search our catalogue for Nick Davies

More from the Nick Davies talk

"Knowing the truth is sometimes not enough when you're confronted by aggressive liars." @Bynickdavies

Inspiring lecture by the legendary Nick Davies. Wonderful work by @JoJourno as chair and @WORDChCh for organising. pic.twitter.com/45XhlA7rqY

Speculation last night whether Pr Harry or Nick Davies would be on cover of the @PressNewsroom this morning. Who won? pic.twitter.com/9Wh8tz9gqo

Christchurch plays host to the WORD Christchurch Autumn Season. We will be attending sessions, blogging, and tweeting (hashtag #wordchch) 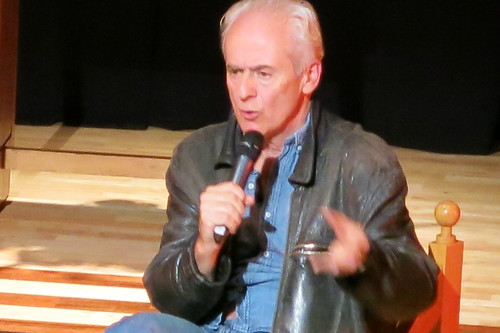