Explore books and resources about the wildlife of Aotearoa - animals, birds, insects, reptiles, and spiders.

Hector's dolphin was named after Sir James Hector, curator of the Colonial Museum in Wellington, who was interested in biology and who first examined a skeleton of this dolphin species. It has numerous names in te reo Māori.

Hector's dolphin is not only one of the rarest dolphins in the world, but also one of the smallest. It measures only 1.4 metres at its longest, and weighs between 38-48 kilograms.

It is the only New Zealand dolphin with a rounded dorsal (back) fin, and a sloping snout, unlike the protruding beak of the bottlenose dolphin. Its colour is a combination of light grey, creamy white, and black.

A female will give birth to a calf every two or three years. The calf matures at about 8 years old. Hector's dolphins live to about 15 to 18 years old. They are a sociable animal, playing in groups of up to 12 dolphins, and often "surfing" on beaches.

Found only in New Zealand waters, the Hector's dolphin is known as the "down under dolphin". Most are found in the coastal waters around Banks Peninsula, Te Waewae Bay in Southland, and along the West Coast of the South Island, although a small population lives off the west coast of the North Island. There are two sub-species of Hector's dolphin, the South Island Hector's dolphin, and the Māui dolphin which is found off the West Coast of the North Island. These sub-species are distinctly different genetically, and the Māui dolphins (Popoto) are significantly more endangered.

Hector's dolphins feed close to the shore on small fish and squid. Some of these varieties are the fish commercial and recreational fishermen are trying to catch in their set nets. Often dolphin are caught in the nets, trying to get the fish.

Between 1984 and 1988, 230 Hector's dolphins were recorded as having been drowned in nets along the Canterbury coast. This was from an estimated population of 740 dolphins. Set nets were banned in the area and the Banks Peninsula Marine Mammal Sanctuary was established around parts of Banks Peninsula, covering an area of 1140 square kilometres.

Another threat to Hector's dolphins is marine pollution, in the form of plastic bags and other rubbish in which they may get caught or they may eat. Because they have a low birth-rate, the dolphin population does not recover quickly from these losses. 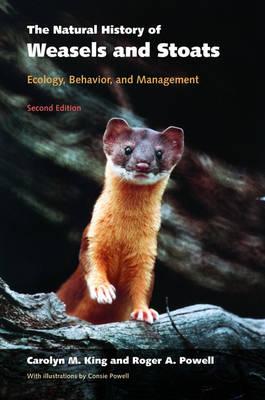 Ferrets, stoats and weasels were originally introduced to New Zealand to help control rabbit numbers. However their own numbers have increased dramatically and created a separate problem because they also prey on native birds, eggs and chicks.

Rabbit numbers grew so quickly after their introduction to New Zealand that by the 1870s they had become an agricultural pest, destroying farmer's crops and competing with sheep for grazing. Farmers demanded that the natural enemy of rabbits in England - ferrets, stoats and weasels - be imported to deal with the problem.

Although bird experts protested at the time, mustelids (the name for the family which stoats, ferrets and weasels belong to) were brought into the country and released onto farm land. Within 20 years their numbers had increased and they had spread into areas of native forest. By 1903 the government had changed its policy on introducing mustelids, but official protection of the animals remained until 1936.

The ferret is the largest of the three introduced mustelids. It is usually between 48-56 cm long, including its tail (about the length of a small cat). It has a creamy-coloured coat, with black tips to the fur. They are successful breeders, producing between four and eight kittens each year. Within three months of being born, the young ferret is capable of moving out into its own territory.

Like the other mustelids, the ferret has very good hearing and a strong sense of smell. It hunts mainly at night, and is a very good climber, which means it can steal eggs and chicks from nests in trees. Ferrets are one of the few predators able to kill an adult kiwi. It will also kill little blue penguins, possums, lizards, eels, hedgehogs and other small mammals. Although ferrets prey mainly on rabbits, they will feed on native birds, especially ground-nesting birds which are easy to catch. Black stilt are one of the seriously endangered birds under threat from ferrets.

Ferrets were first introduced in 1879 into the Conway River valley on the South Island east coast to control rabbits, but they quickly found that native birds were easy prey as well. Ferrets, unlike the other mustelids in New Zealand, are kept as pets and farmed for their fur. In the 1980s, farms were established to breed ferrets for the fur trade, but when the market collapsed many of the farmed ferrets escaped or were released into the wild. This was especially noticeable in Northland, where there was a huge drop in the number of brown kiwi once ferrets were established for the first time in the area. Ferrets are also able to transmit the disease bovine tuberculosis to cattle. This has serious implications for New Zealand's farming industry.

In the past ferrets were usually found only in farmland, river-beds, or in the scrub on the edges of forested areas, but recent reports have shown that they have moved deeper into the bush. New Zealand now has the largest population of wild ferrets of any country in the world. In March 2002 the government banned the sale, distribution and breeding of ferrets, although pet ferret owners could keep their existing pets until they died. This was done to remove the threat that escaped domestic ferrets posed to native wildlife.

The stoat is the most common of the three mustelids, and is one of the introduced animals which has adapted most successfully to life in New Zealand. Stoats can be found almost anywhere in New Zealand, from beaches to the high country, although they are more common in forests than ferrets. They are able to cover huge distances.

The stoat grows to between 34-40 cm long, including its tail. It is very thin, and about half the size of a rabbit. It has a chestnut-brown coat, which turns white in winter, a light-coloured belly, and a bushy, black-tipped tail.

It is an extremely fierce fighter, killing its prey with a sharp bite behind the ear. To catch birds, it will first mesmerise them by circling around and around them and then it will pounce. Stoats will kill more than they need for food if they have the opportunity. They will also attack prey much larger than themselves.

Female stoats have the unusual ability to carry fertilised eggs inside the body from mating in summer until the following spring. Young stoats are adults at 2 months, and female kittens can be mated while still in the nest.

Stoats were introduced to New Zealand in 1884 to control the rabbit problem, but research has shown that they also prey on black stilt, kereru (wood pigeons), kaka, kiwi and other birds. Parakeets, yellowheads and kaka are particularly at risk because they nest in holes in trees which the stoats are able to climb. "Mast" years, when beech forests produce huge amounts of seed, see an explosion in the numbers of mice which feed on the seed. Stoat numbers will increase because of the mice, but then they also prey on native birds.

It is estimated that stoats kill an average of 40 North Island brown kiwi chicks a day - a total of 15,000 a year, and 60% of the chicks born each year. Another 35 % of the chicks are killed by other predators, including ferrets, leaving only 5% of all North Island brown kiwi chicks that hatch to survive. Trapping can only remove a small part of the stoat and ferret population, and research is being undertaken to find out other ways of protecting the kiwi and other native birds.

Weasels are the smallest of the three mustelids, with a thin, muscular body and a small head. Its colouring is very like the stoat, but with a more red-brown coat, and a shorter tail. They grow to 20-25 cm long and will attack prey much larger than themselves.

Weasels are not as common in New Zealand as other mustelids, but they also have had an impact on native birds and lizards, especially the skink. They kill most of their prey underground, and are usually found where there are plenty of mice, in gardens and near buildings, rather than in open paddocks.

Weasels have not adapted as easily to the New Zealand environment as ferrets and stoats because there is not the same prey available for them.

Science resource suitable for all ages. Full text articles from all major areas of scientific study; biographies and experiments.

Information on hundreds of today's most significant science topics and showcase scientific disciplines that relate to real-world issues.

Get access to most of our eResource collection, articles, eBooks, journals, photographs & more, through a single access point.

The digital archive of the world-renowned magazine National Geographic.

Online archive of Scientific American, that has been reporting on unique insights and developments in science and technology since 1845.