January 25th will be the 218th Burns night, since the very first held back in 1801 at the Rabbie's cottage in Alloway. Then, it was a commemoration of Burns’ death, while today it is a celebration of his birth. Some things have not changed about this day though - including the traditional meal of haggis partaken of by attendees, the performances of his poetry and the generous series of whisky toasts.

Some of the poems recited on the night can include the very fitting 'Address to a Haggis', the beloved  'My luve is like a red red rose', and the moving 'Tam O'Shanter'. Rabbie had written over 550 poems by his death at just 37 years of age, so the legacy he has left behind to Scotland and indeed the world, is great. The publication of his first volume of poetry in 1786 brought him instant success at the age of just 27, and established him as an important figure in the Romantic movement.There are estimated to be around 400 clubs worldwide connected to the Robert Burns World Federation, and after Queen Victoria and Christopher Columbus, Burns has more statues dedicated to him than any other non-religious figure. Auld Lang Syne (an old Scottish song, beautifully embellished and first put to paper by Burns) is recognised and sung the world over (albeit often with the lyrics misunderstood), a must at New Year and often graduations. With all this in mind, it is small wonder then that Burns is so beloved and treasured, and that Burns Night is now a Scottish institution.

On a more local note, the love for Robert Burns thrives in New Zealand, with Burns Night vying with St Andrew's Day as a time to celebrate Scottish heritage. The first Burns club was founded in Dunedin in 1891 and Dunedin's Mosgiel was even named after Burns' own farm back in Ayrshire. If you are looking for inspiration on how to celebrate this Burns Night, look no further than the Caledonian Society of Otago whose stirring sounding celebration and speeches back in 1917 reflected that:

'Burns by his genius and sweetness of song had earned the admiration of people of every nation. Burns came at a critical time in the history of Scotland. It was a political landslide. The big men were getting ashamed of Scotland and the Scottish tongue and were making their homes in London. Burns was the man who saved Scotland as he spoke the thoughts of Scotsman".
"BURNS NIGHT." Star, Issue 11916, 26 January 1917. Paper Past.

The library has some excellent resources to help you pay tribute to the great man in similarly grand style, including biographies, the works of Burns (including poems, scores and CDs) and even some books on Scottish cuisine and whisky. 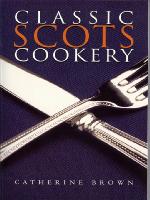 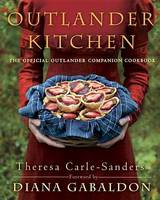 Whether you are celebrating with haggis and speeches, or just a quiet sit down with the works of Robert Burns, Burns Night is the ideal time to celebrate both Scottish heritage and the incredible legacy left by Burns. His lyrics and poetry delight and inspire people the world over more than 200 years after his death. In the words of Rabbie himself "I pick my favourite quotations and store them in my mind as ready armour, offensive or defensive, amid the struggle of this turbulent existence".