Thursday 6 June is a very special day for lovers of Russian literature. Not only is it UN Russian language day, it also the birthday of Russia’s Shakespeare, Alexander Pushkin. We will be celebrating his life and work at Tūranga.

Anyone familiar with the great man's life and work will not be surprised that these days intentionally coincide - Alexander Pushkin is in so many ways, the beginning of Russian literature. In an era where the Russian aristocracy spoke French (and in most cases, little or no Russian), and little literature of consequence was written in Russian, Pushkin showcased the beauty of this under valued language, with his exquisite novel in verse Eugene Onegin, short stories such as The queen of spades, as well as longer prose like The captain's daughter, and several plays. 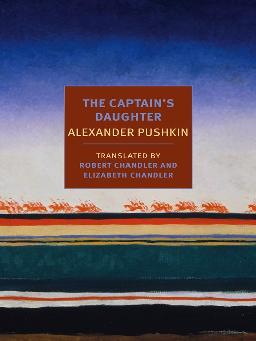 Eugene Onegin is perhaps his most beloved work of all. Eugene Onegin tells the story of Tatiana, a shy but passionate young woman, Onegin a world weary dandy in the style of Byron’s Childe Harold, and his friend Lensky, a young, romantic poet engaged to be married to Tatiana’s sister. Pushkin explores the themes of life, death, love, and the often crushing world of Russian society. Along the way, he tells the story of Russia itself through the eyes of his characters- from descriptions of Tatiana's family traditions, to the stories of Tatiana’s nurse and sole confidant, to the soirées of Russian High society that so bore and frustrate Onegin. Consequently, Eugene Onegin is often described as not only being a masterpiece in composition, but also as the ultimate compendium of Russian life. In 1858 it was set to an opera with the beautiful music of Tchaikovsky.

The influences on Pushkin's writing were vast, from Russian folk tales told to him by his childhood nurse (a freed slave who Pushkin later immortalised in Eugene Onegin as Tatiana’s nurse), to French culture adopted by his parents, through to the glittering array of literary guests who came to his father's house, and the peasants he talked to near his grandmother's estate. The father of modern Russian literature was also the great grandson of Gannibal, a brilliant African slave mentored and taken on as a godson from the age of 8 by Peter the Great. Pushkin was greatly influenced by his ancestor, adopting the nickname ‘Afrikanets’ the african, and composing a sadly unfinished work on Gannibal's life entitled The Moor of Peter the Great.

The variety of work Pushkin produced is vast, covering short stories, novels, classical odes, romantic verse, historical novels, politics, travel, the list goes on. Like Shakespeare, Pushkin is celebrated not only for the mastery and skill in his work, but also for his ability to introduce new words to a language. Where a Russian word didn’t yet exist for Pushkin's needs, he opted to calque, borrowing words from the French language and in the process bringing new words to Russian.

Also a shining figure of the romantic movement, Pushkin was every bit as Byronic as his tales would suggest. Pushkin challenged over 20 men to duels, (dying aged 37 in a duel with Georges d’Anthes), and was even exiled from St Petersburg for his political poems supporting the ideas later embodied by the Decembrist uprising.

The love for Pushkin in Russia is apparent everywhere with streets, monuments, towns and squares named after him, and his childhood home virtually regarded as a shrine. As Pushkin's great-great-great granddaughter once said “There is not a man, woman or taxi driver in Russia who cannot quote Pushkin, and usually with tears in their eyes...Pushkin virtually singlehandedly created the Russian literary language."

Pushkin’s fairytales are still a staple of Russian childhoods, and his works are often credited with giving Russia an identity. Thursday 6 June is a perfect opportunity to learn more about both Pushkin and Russian culture generally with Tūranga's Celebrating Pushkin event. We'll be commemorating Pushkin's 220th birthday and UN Russian language day with a talk on his life and with readings, and musical performances.

If you want to know more about Pushkin there are also some excellent biographies available including the masterly Pushkin by T. J. Binyon as well as online articles about his life and work. Pushkin's works themselves are also available, along with related recordings, ballets, and operas.

Pushkin once said ‘As long as there is one heart on Earth where I still live, my memory will not die’. 220 years after his birth, what better testament could there be to Alexander Pushkin, than that his words live on in so many hearts?