Recently there have been a number of articles in the world’s press covering the rise of the Alt-Right in politics, and confrontations between Neo-Nazis and anti-racists. Many media commentators have drawn the conclusion after incidents such as Charlottesville, Virginia that President Donald Trump tacitly supports the white supremacist movement and, indeed, draws much voter support from this group. Many political pundits feel that the meteoric rise of Trump in the election campaign was due to the disaffected, poor, and often rural white population.

There are a number of interesting books and films on these movements, both fiction and non-fiction. Some deal with former white supremacists and Neo-Nazis moved to reject the creed of racial hatred. One such epiphany is featured in the documentary Erasing Hate (a video streaming on our eResource Access Video). It tells the story of American Neo-Nazi skinhead Bryon Widner who wanted to start anew with his wife and family and underwent painful laser removal of his white supremacist tattoos.

Other relevant documentaries and films on Access Video include: 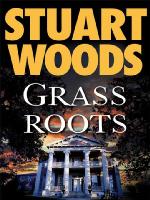 Find more resources in our collection: