Last night was the very grand opening of the Auckland Writers Festival and it was excellent! I came away from it feeling inspired and buzzed and had already broken my (admitted weak) promise to myself that I wouldn't buy any books this festival. I have since downgraded this to 'don't buy all the books' which I believe is a more manageable goal...

The line up was a mixture of writers I had read, writers I should have read, and writers I am definitely going to read now that I've heard them speak. The topic was "Straight Talking" and each speaker had seven minutes to tell it to us straight, with the freedom to decide what 'it' was going to be.

Amy Bloom, opens a new window was first up with a great story about family, love, death (and a little bit of sex). A little sad, but bursting with humour and very relatable, her talk totally inspired me to get my name on the waiting list for her latest book Lucky Us, opens a new window. 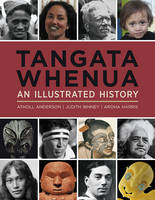 Next up was Peter FitzSimons, opens a new window, who told a very fast-paced collection of stories about rugby, including the tale of how he was the first Wallaby to be sent from the field against the All Blacks. It seemed like the only time he stopped talking to breathe was when the audience was laughing.

The powerful Aroha Harris, opens a new window told us a very moving story about her tā moko, her decision to get one, the tradition behind it, and the judgement and racism she has faced since.

Helen Garner, opens a new window was excellent, with a hilarious story about getting older, and more importantly, fiercer. She is not a woman to be messed with!

Nic Low, opens a new window's story was about ambition and fraud, and included a new word he'd made up: 'fraudescence.' Fraudesence is the feeling you get when you are mistaken for something you are not, but you don't correct anyone because actually, you wish it was true. Nic first felt this when he was mistaken for being much more famous than he actually was, and talked about how it fueled him to work a lot harder to get there. He spoke about the way New Zealanders are often ashamed to own their own desires, and urged the audience to admit to ourselves what it was we really wanted, and do something about it.

Michele A'Court, opens a new window earned her title as a comedian with her story about her rather epic quest, crossing oceans and getting stuck in a lift, to get to her daughter's side so she could be there for the birth of her granddaughter. She is quite the advocate for swearing when the need arises, summing it up with a great quote from Max Beerbohm "vulgarity often cuts ice which refinement scrapes at vainly."

Finally, Ben Okri, opens a new window took the stage. Of all the stories tonight, Ben's was my favourite. He explained that he would be doing some 'indirect straight talking' because, as a poet, he is used to using stories to illustrate larger truths. He told us about growing up in Nigeria - he was eight when the civil war began, and spent two days alone at school after everyone else had been picked up by their parents, before his mother was able to reach him. For food he was 'foraging for roots,' he said, his tone light and humourous in contrast to the stark terror of the rest of the story.

Secondly, he told us a story of his mother's death, and spoke with such open honesty about grief. His storytelling was evocative and beautiful, and if he can do that in seven minutes, then I can't wait to spend much longer than that reading my way through his books.

Stories connect us, whether they are true stories told straight, or true stories told indirectly. Our host for the evening said that books bring us something fundamental and humane, but whatever that fundamental, humane spark is, it's in oral storytelling too. It's in any kind of storytelling you can imagine. I agree with my colleague Masha who wrote a blog post lately about storytelling, opens a new window. Stories for everyone, always; they change and connect us all in a myriad of different ways.

What connections are you going to make, this festival?