On Tuesday evening I attended the WORD Christchurch event where the English comedian and author, Robert Webb, conversed with Michele A'Court about his book How Not to be a Boy. A'Court suggested How not to be a boy is a "feminist memoir written by a man". Webb demurred at that description and joked that the "F word" would ruin his chances of sales success.

Webb said that all throughout his life he had thought about gender and the way it defines roles and sets up certain expectations. So when he came to write a memoir, it seemed natural to use gender and its constrictions as a unifying theme.

As a boy, Webb discovered he did not seem to meet the expectations of what a boy should be. He was quiet and shy and not good at sports. Also, he was terrified of his father whom he describes as a violent, philandering, Lincolnshire woodcutter who didn't really know how to bring up a young family.

Webb's parents divorced when he was five, and he was brought up by his mother with whom he had a close relationship. Webb described how he felt most at ease in his mother's company and he recalled fondly how he and his Mum would often sing along loudly with the stereo in the car. When Webb's mother died of cancer when he was seventeen, he was devastated.

This experience served to illustrate to Webb that the "boys don't cry" emotional repression that society seems to expect of males is a toxic expectation that does nobody any good. After his mother's death, he moved back in with his father, had to retake his O Levels and eventually made it to Cambridge University where, because he had not processed his grief, he fell apart. He sought therapy at Cambridge which he found very helpful. Although not talking about one's feelings was another trait society expected of males, Webb found talking about his feelings was exactly what he needed in order to heal emotionally.

How Not to Be A Boy

During the evening, Webb read a couple of excerpts from his book. One was an account of his early teens where a male classmate who was pinching all the girls' bottoms was challenged by another boy who received a smack in the mouth for his trouble. When the harasser was chastised in class by the teacher, Webb felt a sense of shame that he had been a silent enabler and not a "gentleman" like the boy who stood up to the harasser.

Another excerpt concerned the plethora of books like Men are from Mars, Women are from Venus which Webb saw as letting men off the hook when it came to dealing with their relationships.

Although Webb realised his book appealed to middle-aged feminists, he secretly hoped copies of the book might be passed around in juvenile detention centres and boarding schools. He said he didn't claim to be any kind of expert and that is why he had employed a tone of self-mockery. He hoped that by using jokes and describing the many things he has done wrong, he could present some serious ideas about gender roles to a male readership and get them thinking about how gender expectations might be limiting their own lives.

Lucky to see the fabulous @arobertwebb tonight, Robert's self deprecating vulnerability draws you into a vital, heartfelt discussion around masculinity and gender performance. Couldn't resist asking for my fave Mitchell&Webb quote in the signing, thank you! @WORDChCh pic.twitter.com/ldabJaPdzr

Robert Webb and Michele A'Court played to a sell-out crowd last night, and it was funny and thought-provoking. We hope he'll come back when he publishes his next book, a novel! More photos to come.

Robert Webb is appearing at Auckland Writers Festival. Catch him there. 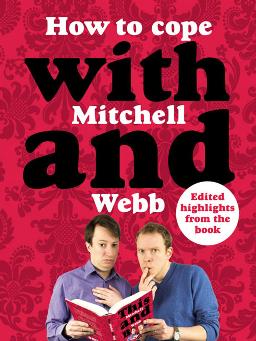 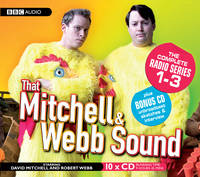 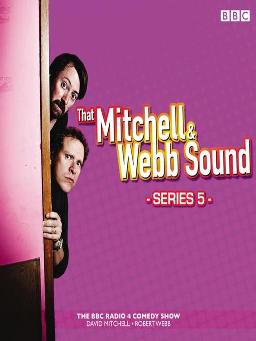