"We’ve been called witches since the beginning of time. Word-cunning, they used to call it—of a piece with invoking demons…We were burned for it too. The Crusade wasn’t new, we’ve always been scapegoats. Well, knowledge is always a kind of magic, I suppose." - Seredith

I'm not gonna lie, The Binding by Bridget Collins had me at the cover. Not only because the cover and spine are so stunning, but because they suit the content of the book so well. It appears that Bridget Collins' debut adult novel is a highly sought after one too; there were 20 holds on library copies by the start of February!

I dove into The Binding after reading the blurb, and it has such an interesting and original premise. Books inspire fear and suspicion, because in this fantasy(ish) world, books are peoples' memories and secrets that have been 'bound' into volume, making them forget it ever happened. This is the backdrop to one of the main characters, Emmett Farmer, being taken off his Father's farm to become the apprentice of an elderly binder, Seredith. 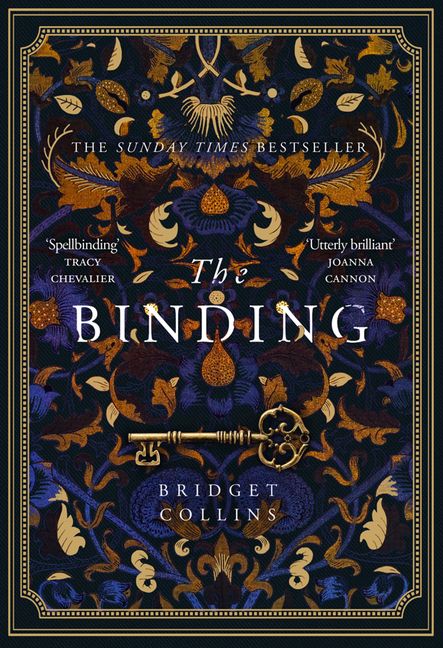 The writing style of this book is quite interesting, and it took me a little bit to get into it. Partly because books written in first person always takes a bit of adjusting to (for me, anyway), and the style is also very descriptive and often lyrical. This suited the story to a tee, and there are some truly beautiful descriptions in here. The book is written in three distinctive parts. The first part was a bit slow-going at first, but you start getting such intriguing hints here and there about how the story's going to go. I flew through the second part, it was so good, and the last third continued at a pretty gripping pace. The story did not unfold the way I was expecting based on the blurb, but I was enthralled.

Hands down, the gems of this book are the characters. Collins weaves a remarkably unique and intricate world for her characters that is so like our own, yet so different. Within this world her characters are very well fleshed-out and very relatable. The relationships are realistically complex (way more than I initially realized), and I found myself highly invested in the characters.

I also found The Binding makes you think about books and memory in a different way, including what it means to forget. I think everyone at some point has thought "I wish I could forget that", either seriously or in jest. In a world where this is actually an option, we see how forgetting can cause as much misery as memory, and how even bad memories can become a source of happiness. It's such a clever way of linking books and memory together in a new way.

All in all, a fantastic read that I highly recommend to anyone who loves books about books, with a bit of a twist. Definitely one to re-read, to appreciate the intricacies in the first part that slip past you the first time.