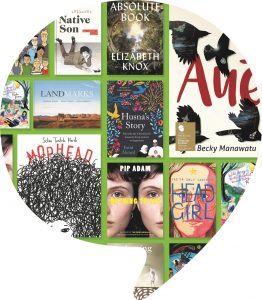 Start your engines, my bookish friends. The programme for the WORD Christchurch Spring Festival (28 October to 1 November) has been announced and there are a great many literary goodies on offer.

Organising a literary festival is no small undertaking, especially during a global pandemic. The events coming up this festival season are necessarily local in flavour, and current ticketing assumes Alert Level 2 distancing is required (should we, fingers crossed, go down to Alert Level 1 more tickets will be released). This does mean that things are already selling out, so if you want to be sure of getting a chance to go to your most coveted event, my advice is to book without delay. Though if you do miss out, there is always the waitlist. Also, over 40% of the events in the festival are free (but you will need to book all the same).

As usual, I've scoured the schedule with highlighter pen in hand and made my picks (you will have your own preferences), and also as usual I've picked more things to go to than any one person could reasonably manage, like a kid in a literary lolly shop. I make no apologies for my gluttony.

My picks of the festival

Writers Selina Tusitala Marsh, essa may ranapiri, Mohamed Hassan, Tusiata Avia (and others) try to answer the question "Who are New Zealanders?" in the new book of the same name so I expect there to be riffing on ideas of cultural and national identity. I think the events of 15 March 2019 have caused a great many of us to ask this question with more rigour and intensity than we might otherwise have. I see this being a really great discussion.

It's 2020 and I have never needed soothing stories more than right now. That said, if you need more convincing take Laura Borrowdale, Eamonn Mara, Tusiata Avia and Pip Adam plus Toby Morris doing live illustrations to go with the stories.

The gala event is always an eye-opener and a really great "sampler box" of writers present at the festival. John Campbell returns as host again this year and the writers on show are Witi Ihimaera, Laura Jean McKay, Becky Manawatu, Elizabeth Knox and former Manus Island detainee, Behrouz Boochani. I count at least 3 national treasures in that line-up as well as some outstanding storytellers to boot. Count me in. (Late edit: Level 2 tickets are all taken, waitlist available) 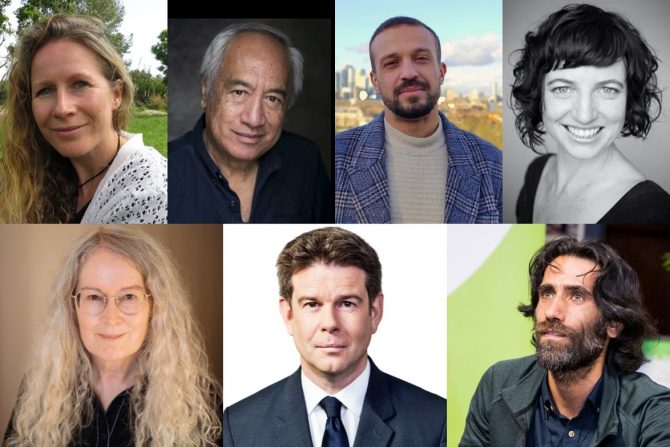 A hīkoi around the city has been a staple of the festival for several years now, with Joseph Hullen (Ngāi Tahu) elaborating on the history of mana whenua visible in the central city. This time some outstanding writers join the troop, whose works are engraved along the banks of the Ōtākaro/Avon River, namely David Eggleton, Frankie McMillan, Fiona Farrell and Bernadette Hall.

The story of Ngāi Tahu's treaty settlement is one that all Christchurch-dwellers should be familiar with. If you're not, or if you want to hear some of it from the people who were actually there then this is the place to be with Te Maire Tau, Tā Tipene O'Regan, Chris Finlayson and author Martin Fisher.

We have all been affected by the terror attacks of 15 March but none more than Farid Ahmed whose wife, Husna, was killed. In his book, Husna's Story, we learn about his wife's life but also about his philosophy of forgiveness. This is an important story to hear, I think. Ahmed will talk with Raf Manji.

It's good and right that a literary festival that takes place over Halloween should have at least one session that pays tribute to horror writing and you'd be hard pressed to find any horror writers more terrifyingly sharp than Shirley Jackson (author of The Haunting of Hill House, and short story The Lottery, among others).

I confess that I find Jackson's fiction as disturbing as anything I've ever read and am keen to find out what Elizabeth Knox, Jonathan King, Erin Harrington and Noelle McCarthy have to say about her. A biopic, Shirley, starring Elizabeth Moss came out earlier this year making this an especially a timely session.

Christchurch is my hometown, and as such I have complicated feelings about it. It's undergone so much change in the last ten years that I sometimes don't recognise parts of it. Perhaps similar ideas will surface in this session as Nathan Joe, Lil O'Brien, Erik Kennedy and Behrouz Boochani read letters to the city they call home.

Energetic and peripatetic by nature, the pop-up festival ranges far and wide across New Regent Street and environs. Perfect for people with short attention spans - wander in and out as you like and hear little snippets and readings while you enjoy a cocktail, or stay put if you find somewhere comfy.

"Is it the end of the world as we know it?" That's the moot for this year's debate which is a great opportunity for writers of great wit to argue, play, and yell at each other for the entertainment of themselves and others. Always a good time for everyone involved (who, in this case, includes Joe Bennett,The Spinoff editor Toby Manhire, satirist Tom Scott, novelist Paula Morris, comedian Guy Williams, scientist Dr Siouxsie Wiles, and te reo expert Dr Hana O’Regan).

Wiles brings the scientific knowledge (and flowing pink hair), Morris the visual skills (and pretty ordinary hair, by the looks), and together they've communicated the science of viruses, and how they spread via eyecatching animated gifs that have been latched onto by other people in other countries and translated into multiple languages. Their partnership is a testament to how really effective communication can cut through the information overload that many of us experience. Noelle McCarthy will get them talking strategy and challenges. 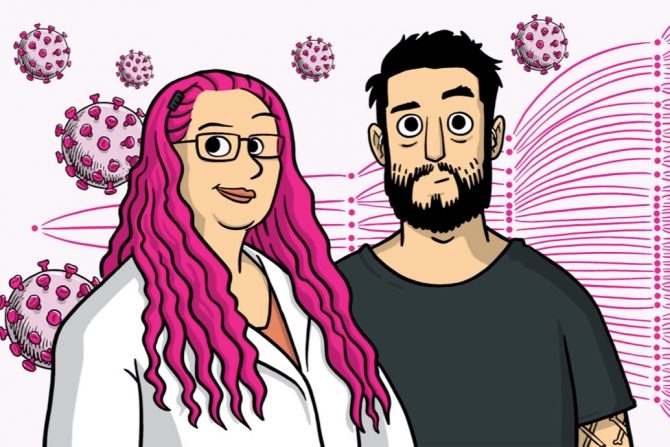 Confession. I have not read The Absolute Book. It was on my "to-read" list last summer because everyone I knew was raving about it but I just never managed to get to it. I now have a hold on it and will be reading it post-haste.

A Cabinet of Curiosities: Tiny Lectures on the Weird and the Wonderful

Hearing someone really knowledgeable on a topic give an entertaining but not too long lecture on it might not be everyone's cup of tea but it is certainly mine. This year the people giving tiny lectures are Siouxsie Wiles, Pip Adam and Margaux Warne.

Stand Up Poetry: A Quiz Show

Ray Shipley is one of my favourite funny people and if they want to combine the unlikely genres of poetry and quiz show together then I can only assume it will make for a very enjoyable abomination indeed. Featuring the poetically comedic talents of Guy Williams, Dominic Hoey, Danielle O'Halloran, Audrey Porne, Eamonn Marra and Nathan Joe.

In truth there are several really fun sounding events for kids and young people at Tūranga, most of which are free. But I couldn't pick all of them and this treasure hunt with stories sounds like something my 6 year old can do without getting hopelessly distracted. Participants will follow clues around the library that will lead them to a creative person with a story, song, or comic up their sleeve. Featuring the talents of Selina Tusitala Marsh, Weng Wai Chan, Loopy Tunes, Jonathan King and Elissa Weissman.

And I've only just scratched the surface of the programme. So make your picks, book your tix, and I'll see how many of these I can actually get to. See you there!.