You can come as either a play-tester, or as a game-maker.

Find out more on the CGDA's Meetup Event Page. Get to grips with League of Legends and the world of eSports. 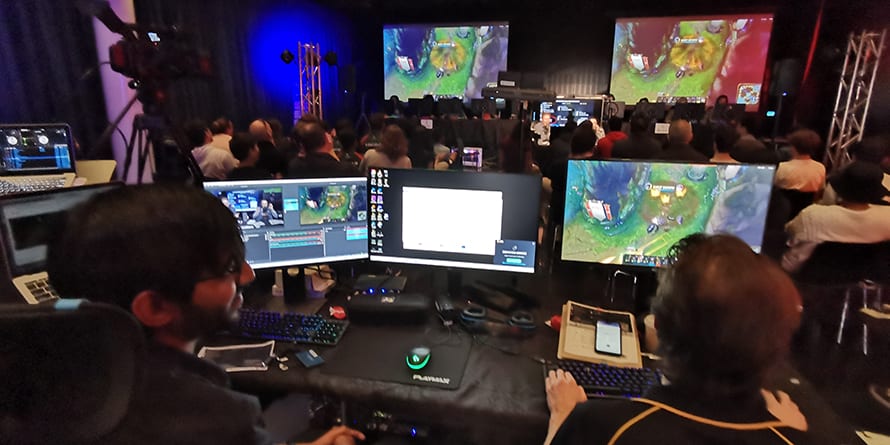 Simply put, competitive video gaming. Games range in style and scope, from shooters to beat-em-ups to strategy to sport, to everything combined! League of Legends, Hearthstone, Overwatch and Rocket League are some of the popular titles, but there are many more out there, and lots that are free to play. This world-wide phenomenon features finals with packed-out stadiums, million-dollar prizes, and is a serious contender for future Olympics.

Hours of playing and diligent training is required to succeed, and in the case of games like League of Legends, it is a team sport, which needs players to work together to advance. Professional eSport players train 8-12 hours a day to do well in their league.

Libraries around Christchurch have been hosting high school teams as part of their preparation for an upcoming League of Legends tournament.

But what is League of Legends?

The most popular form is this: Two teams of five players face off as characters in an arena, but in order to win, they have to reach the other side and destroy the opposing team’s ‘nexus’ – to put it simply, their base. In order to get there, they have to complete check-points on the way – destroying towers, defeating smaller enemies or creatures or even opposing players. The path they pick to get there is also important.

A lot of strategy is involved, for instance, you have to analyse whether you’re strong enough to take on someone/something else, or if you have to wait for more reinforcements. You also have to do ‘farming’ which is collecting gold from defeating minions and other characters, so that you can buy better items to advance in the game.

Communication, critical-thinking, fast reflexes and teamwork are the key attributes required to succeed.

There’s a lot to keep track of, your champion character has different abilities they can unlock when they level-up, and with the game’s frequent updates things are constantly shifting and changing. This opens up the opportunity for newcomers to have a chance, as teams constantly have to adjust their strategies to stay on top of the competition.

Your ‘champion’ is the character you play. There’s over 150 to choose from, and each has different abilities, strengths and weaknesses. They play different roles within the game:

Bruiser – (also known as a Tank) a character with a lot of health, stamina and resistance that can lead a fight and absorb damage. They generally use short-range weapons, like their fists, or a sword, to attack the other team.

Mage – creates the main amount of damage in a game, but has less health than a tank. They usually go down the middle lane of the map. There are also utility mages that do less damage, but work in a support role.

Marksman – uses AD (attack damage) items to gain power for non-spell attacks. They can deal a lot of damage at a distance, but are very weak health-wise.

Support – as the name implies, they don’t deal a lot of damage, rather they provide healing and support to the team.

Jungle – the most complicated of roles. They are vital for sneak attacks and taking down larger monsters, which helps a team achieve their overall objectives a lot easier.

Many games are available on computers, smart phones and gaming consoles, but if you want a taste come along to Aranui, Fendalton, Te Hāpura: Halswell Centre, Linwood, Lyttelton, Matuku Takotako: Sumner Centre, New Brighton, Ōrauwhata: Bishopdale Library and Community Centre, Parklands, Shirley, Tūranga or Upper Riccarton to have a go on our PlayStations.

Check out our gaming page to see what games we have available at our libraries.

Christchurch City Libraries has a large collection of books that suit people who play video games – stories that adapt or expand game worlds, books written by gamers, fun novels about people getting sucked into games. Have a look!

Take a leap into a universe of gaming - PlayStation, table football or board games.

Find out about 3D designing and printing at your library.

View photos from the 2020 CCCL High School League of Legends Tournament</a< on Flickr. 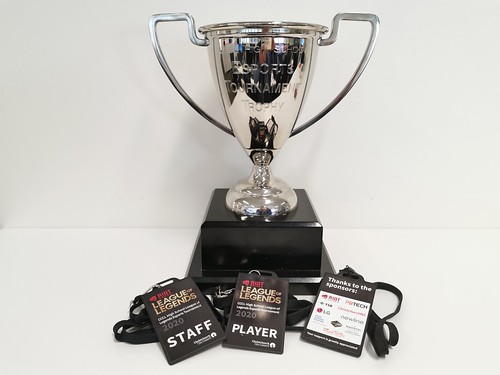