OId photos and old diaries are both potentially cringey for similar reasons - they show us the unedited truth of what we were like when we were younger. Memory is often a good deal less confronting; the details may be fuzzy, rose-coloured glasses may be worn. We can tell ourselves that our teenage angst was of a mostly restrained variety, and our haircuts and fashion were fairly unremarkable.

But then you see a photo of what you wore to your first school disco, or read an entry from your diary of the same era and realise that this was all lies. You are wearing a mullet and a puffball skirt. Your diary includes a close reading of the lyrics of a Bros song. Your memory has not so much been playing tricks on you as it has protected you from being in a state of feeling permanently mortified. Thank you, memory. THANK YOU.

So spare a thought for the brave souls who took part in the Bad Diaries Salon at Space Academy on Saturday night as part of WORD Christchurch's Shifting Points of View programme. They not only confronted their younger selves, as represented in diaries, journals, poetry and letters - but did so into a microphone, on a stage, in front of other people. If that's not heroism then I don't know what is. 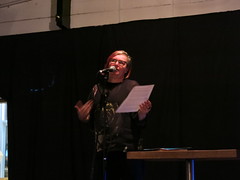 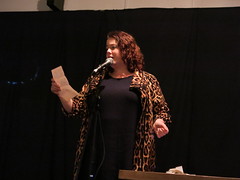 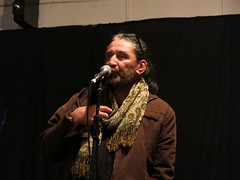 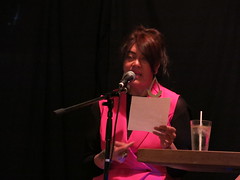 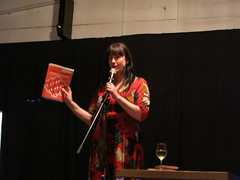 This event was MCed by writer Tracy Farr and she explained the history of Bad Diaries Salon. There have been a dozen salons in Australia and New Zealand with the first in our country taking place exactly a year ago. She also runs us through the rules of Bad Diaries Salon:

So I can't really say what was shared but I can say that there was a great diversity in tone and delivery from the poignant and the heartfelt, to diary entries that were quite rightly read with a healthy dose of self-mockery. There we semi-colons and asides (and even an acrostic), jealousies and first loves, fear, hope, and ambition - lots of real, human emotion (though some of it, one suspects, heavily influenced by teenage hormones).

Though I can't tell you the content of any of the stories shared by the participating writers, I can tell you what shape of doodle I drew around each of their names - a cryptic emblem referencing some aspect of their reading.

As for the theme of "shift" this came from a variety of different angles, be it the shift in time between the time of writing and the time of reading, the shift from innocence to knowledge, shifting locations, shifting expectations of yourself, a shift in the ambitions you have for yourself.

It was a fantastic way to spend an evening. Because if we can't laugh at our own embarrassments (because our memories are protecting us so diligently) then we may as well enjoy those, freely shared, of someone else.

If you have a chance to attend a Bad Diaries Salon event, I highly recommend it. Or you could try the following which have something of a similar flavour: