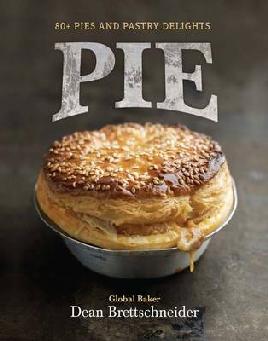 It’s winter and I am not advocating heading for the snow, but to the kitchen. This a winter food rave. You see, for me the best thing about this season is… WINTER FOOD!

Does this grab you like it does me? Steak, Caramelised  Onion and Red Capsicum Mustard Pies from a simply named but lip-smacking cookbook: Pieopens a new window, by Dean Brettschneider. It helps that the pictures are of perfectly made pastry, of course. Mine never looks like this, more of a patchwork quilt effect. Normally pastry is something I avoid as being too fiddly, but some of these pies are going to have to cross my lips and settle on the hips. 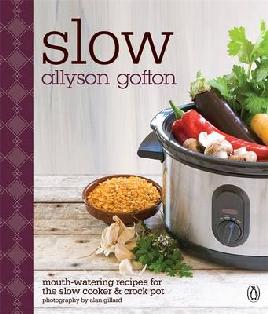 I have become a bit of a cookbook stalker since working daily with library books. One I came across was Slow by Allyson Gofton. Most of the recipes I had never seen before and that’s always a huge drawcard. I’ve  been a bit wary of using the slow cooker for vege dishes, but the North African Vegetable & Lentil Stew, on page 279,  was a huge success and the eggplant held together beautifully.

Smoked Haddock and Shrimp Chowder and/or Yellow Split Pea and Frankfurter Soup from Soup Kitchenopens a new window have also taken my fancy. The latter sounds interesting, but could have some startling after effects. It’s one of Nigella “Who needs chocolate” Lawson’s contributions. Among the other contributors are Mr “Beep Beep” Ramsay, Jamie “Lips” Oliver, Rick “My Hero” Stein, and Hugh “Three Good Things” Fearnley-Whittingstall is the editor. It’s hard to go past soup and in my freezer there’s Tomato and Roast Capsicum Soup (blended with  a few Jalapeno peppers), waiting for suitable soup weather… and possibly the purchase of a fire extinguisher. 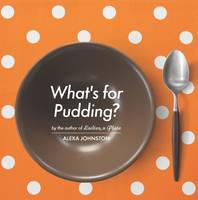 If there’s room, and it pays to leave some, What’s for Pudding?opens a new window used to be the greeting we offered my poor mother as soon as we had finished the main meal. Two of my childhood faves, Bread and Butter Pudding, and Golden Syrup Steamed Pudding are represented in Alexa Johnston’s yummy book, but Gingerbread Upside Down Pudding or Apricot Betty sound even better.

Hungry now? What are your winter food favourites?  Much used cook books? Did you bring any family dishes from your homeland?

This leaves me feeling and probably looking like a Roly Poly Pudding!