In Aotearoa New Zealand, events in March, April and May, are held around Race Relations Day providing the opportunity for all peoples to come together, learn from each other, share, celebrate and enjoy the richness of shared cultural experiences. 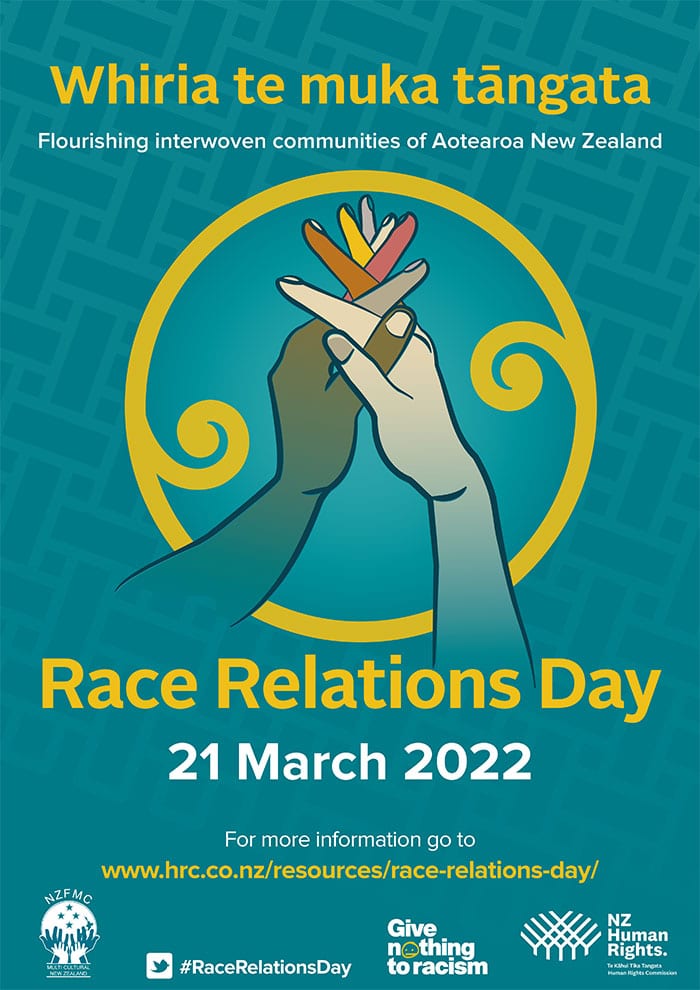 “In these sad times the strength and the resolve of our community not to give in to hatred has been shown as New Zealanders embrace one another to comfort and console. People of all cultures and faiths have come together to show their grief in this difficult time, with an outpouring of solidarity and unity with our Muslim brothers and sisters. As we remember, it is also a time to reflect on the country we want to build. Becoming a Treaty-based multicultural society will not come without hard work. We must listen to each other and work collectively to make it happen.
Let us stand united against racism and hate wherever and whenever we see it."

In 1966 the date of March 21 was proclaimed by the General Assembly of the United Nations to be The International Day for the Elimination of Racial Discrimination, opens a new window and the reason this date was chosen is because this was the date of the Sharpeville massacre.

Sharpeville is in South Africa, and on 21 March 1960 police opened fire on a crowd of about 20,000 people who were protesting against the apartheid "pass laws". Some 69 people were killed, including children, while around 180 were injured. Apartheid in the Rainbow Nation has since been dismantled, but the fight against racial prejudice and discrimination continues around the world.

Learn more about the Sharpeville massacre in the Salem Press Encyclopedia.

Find resources in our collection about:

Migrant Voices: Dr Hassan Ibrahim and Abbas Nazari, and Murdoch Stephens of Doing Our Bit, in conversation with Donna Miles-Mojab

Reni Eddo-Lodge: Why I'm no longer talking to white people about race