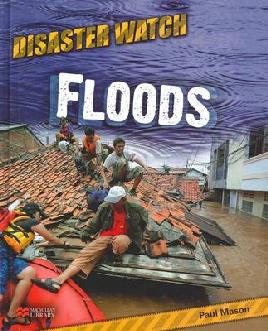 On 26 and 27 January, 1984, heavy rain caused such widespread flooding in Invercargill, Southland, that a state of emergency had to be imposed. Over 5,000 people were forced to leave their homes and there were huge losses in livestock and in damage to buildings and services.

A national weather forecast on the morning of Thursday 26 January 1984 predicted heavy rain in Southland and Fiordland over the next 18 hours. It was already raining when the forecast was given, but by afternoon the rain was falling steadily and getting heavier.

In the high country areas a north-westerly airstream was soaking the hills and mountains with rain that poured off the hillsides and into the headwaters of the rivers.

This weather flow was then met by a southerly front and resulted in a heavy deluge on the lower-lying parts of Southland. By 9:00pm that night, the quantity of rain which had fallen had caused some surface flooding in the streets of Invercargill, and in the nearby towns of Riverton and Bluff.

The water was too much to be held by streams and rivers, and their banks were soon overflowing. Attempts were made to contain the water with sandbags and pumping, but with little success. The level of the floodwaters grew higher until houses began to be flooded. Emergency services prepared to take action.

By 4:00am on Friday morning, the flooding was so severe that a state of emergency was declared by the Mayor of Invercargill. In the morning light it could be seen that houses, streets, factories and shops were under water. Invercargill was a city cut in two by the flooded Otepuni Stream.

The rain kept falling and now the flooded rivers were unable to drain out into the Invercargill estuary, particularly at full tide. The water level grew higher and higher. People were evacuated from houses all over Invercargill, but not only the city was affected. Throughout Southland the water levels rose, and the state of emergency was extended to cover all of the province.

By noon on the Friday the rain stopped and the sun began to shine, but the floodwaters kept on spreading. Army and Air Force personnel were sent south to help the local Civil Defence workers. Roads and railways lines were under water in places, cutting the province off from the rest of New Zealand. Invercargill airport was flooded with the water up to 3 metres deep, and with 10 light aircraft partly submerged.

Over 5,000 people were forced to leave their homes and go to the evacuation centres that had been set up to help the refugees and to keep records of where people were. Helicopters were used to rescue people who had taken refuge from the flooding on the roofs of their houses. Some cattle were also moved to a safer place by helicopter, but thousands of sheep and cattle drowned.

143 mm of rain fell in Invercargill during this time, almost twice as much as the average rainfall for January. On 26 January alone the rainfall was a record 84.8 mm.

No human lives were lost, but there were huge losses in livestock.

A relief fund was started with a government grant of $1 million.

Some people had to wait for more than a week while the floodwaters receded before going back to their homes. 1,200 homes were now unliveable. More than 5,000 tonnes of personal belongings which were damaged beyond any form of repair were dumped.

About $55 million was paid out in insurance claims.

The state of emergency was finally lifted on 27 February.