Aligning with the Pacific Language Weeks overarching theme of sustainability, the Kiribati theme is about keeping the traditional art and modern technology skills to nurture, preserve and promote the Kiribati language into the future.

According to the 2018 Census, 3,225 people of Kiribati heritage live in New Zealand. 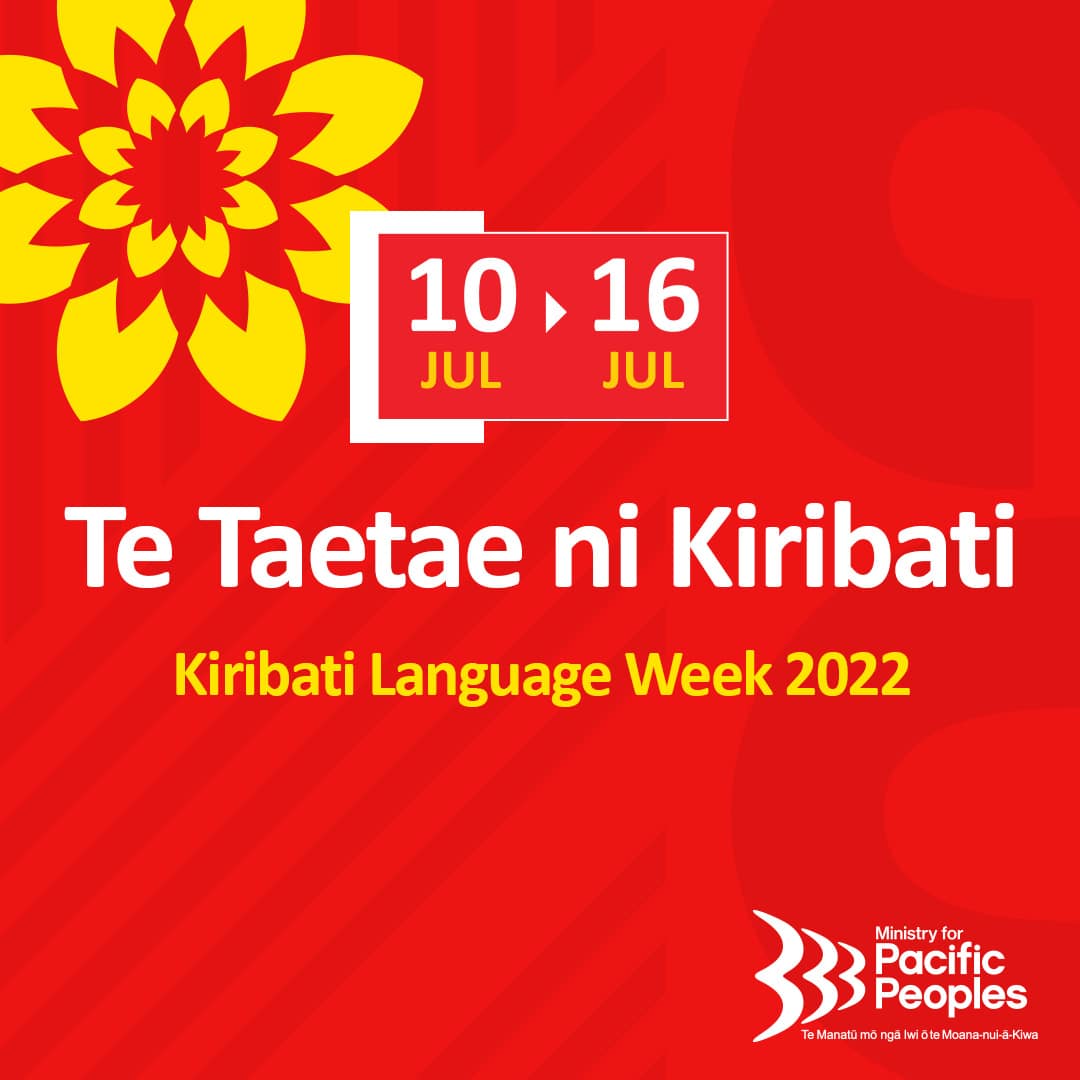 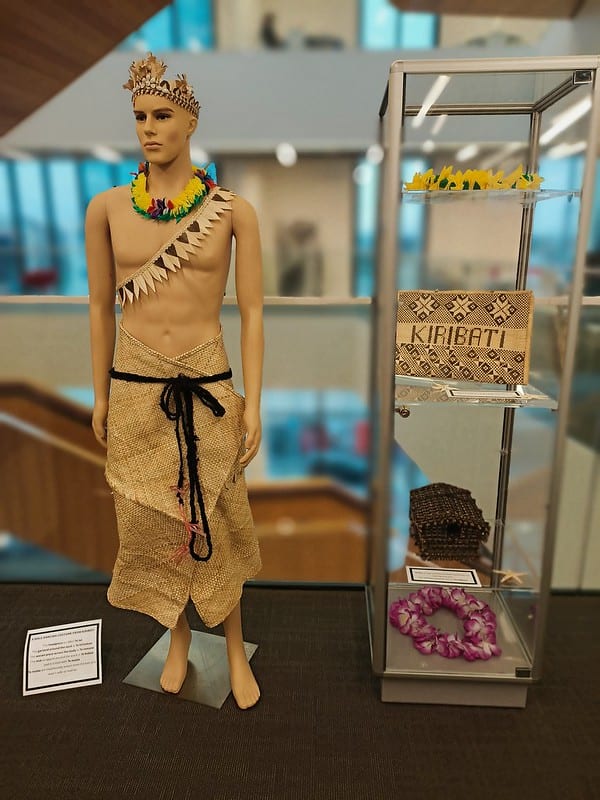 Kam na bam ni Mauri!  During Wikin te Taetae ni Kiribati - Kiribati Language Week we had a display in the Pasifika area of Tūranga, featuring a striking Kiribati male dancer costume. He is wearing a Te tai (headdress), a Te tiri ni mao (neck garland), a Te ramane (sash) across the body, Te kabae ( a male dance mat) wrapped around his waist and secured by Te nuota (a male dance belt). Te nuota are traditionally woven from the hair of the dancer’s female relatives.

Dancing is an important form of storytelling in Kiribati culture. Kiribati dancing has distinct movements that mimic the flight of a bird. Arms held outstretched and with quick head movements the dancer is like Te eitei, a frigate bird soaring above the ocean. The birds represent power, freedom, and peace. Te eitei also represent connection to traditional Kiribati ways of life. Their presence is used in ocean navigation and the reading of the weather by fishermen and seafarers. Te eitei are such an important symbol, one can even be found on the Kiribati national flag.

Also on display was traditional Te Uu Rabono, an eel trap, and an example of fine Kiribati weaving.

Kam rabwa, many thanks, to the members from the Christchurch Kiribati Community who kindly loaned us the dancing costume and cultural items to display in Tūranga.

Information on the history, the future and the culture of Kiribati.

Resources focusing on Pacific knowledge, heritage & identity, and supporting the learning and retention of Pacific languages and culture.