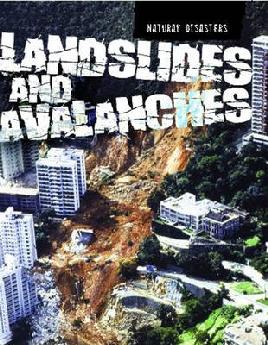 On the night of August 8, 1979, a major landslide occurred in Abbotsford, Dunedin. It caused the destruction or relocation of some 70 houses, and the evacuation of over 600 people. No-one was killed. This remains the largest landslip to have occurred in an urban area of New Zealand.

Abbotsford is a suburb of Dunedin in the borough of Green Island, lying about 8 kilometres from the centre of the city.

A report in 1951, based on a University of Otago geological survey, had stated that the Abbotsford soil was unsuitable for building on because of its instability. This report was either lost or ignored, and during the 1960s housing and then the Southern Motorway were built in Abbotsford.

The land at Abbotsford is unstable because of the combination of different types of soils. The bedrock is covered by a layer of mudstone that can swell when wet and shrink when dry, and has a slippery surface. The next layer is sand, topped off by a mixture of soils. This combination of soils can become very unstable, especially when wet.

Cracks in pipes and a gap in the street

In 1979 during May and June there were problems with cracks in water and sewage pipes, and on June 15 a gap in the earth appeared in one street. Over the next weeks the gap deepened as the earth moved by more each day. The danger of a landslide if heavy rain fell became more and more likely.

By 5 August, thirteen houses had been evacuated. On the next day a state of Civil Defence Emergency was declared and plans for the complete evacuation of the area were drawn up. There was no urgency at that time. At 9:00pm on Wednesday 8 August there were only communications staff at Civil Defence headquarters as all other staff left for the night. Seven minutes later there was a massive landslip, as the earth finally gave way. Lights went out, and a loud rumbling was heard, followed by a crushing noise as house after empty house broke up.

By 9:30pm the area was sealed off and the inhabitants of the remaining houses hurriedly left their homes. Many managed to leave only minutes before their houses were destroyed. What had been a narrow but growing split in the earth had now become a huge chasm almost thirty metres deep.

17 people were stranded on a strip of land in the middle of the landslide. Rescue authorities quickly called for a night-flying helicopter. The helicopter had to be brought from Waimate, which would take some time. In the meantime a rescue party of fire officers and one volunteer struggled to make their way across the broken ground. They reached the stranded people by 11:00pm. A rope was stretched across the chasm and the stranded residents were rescued by the time the helicopter arrived 20 minutes later. Altogether 640 people had been moved out of the endangered area in the hours between the landslide at 9:10pm and 2:30am.

The next morning the extent of damage could be looked at and it was decided to demolish some of the remaining houses near the edge of the cliff. Other houses further away were to be moved intact to more stable land. Over the next two days those people who had had to leave their homes were able to return and collect some of their belongings. For those people whose houses were close to the edge of the cliff, they were limited to what could be collected in just a few minutes and carried in two rubbish bags. The remains of the houses were then bulldozed into the chasm and buried. By September 10 the State of Civil Emergency had been lifted. In that time, thirteen houses had been demolished, and another eighteen shifted to a storage area until they were relocated.

69 houses were destroyed or relocated. 7 hectares of the housing area had slid almost 50 metres down the hillside.

The cost of the damage was estimated to be over 4 million dollars, but most was paid out by the Earthquake and War Damages Commission.

A commission of inquiry released a report in 1980 stating that the likelihood of the land slipping had been increased by the development of the housing area and the building of the motorway.

Abbotsford was the biggest landslip to have occurred in a built-up area of New Zealand.