If you've read my review of 'Know Your Place', you'll understand how excited I was for the WORD event Finding a Place on Saturday. The event featured Golriz Ghahraman, the first refugee sworn into New Zealand Parliament, and writer and filmmaker Ghazaleh Golbakhsh, as they discuss their new memoirs, Know Your Place and The Girl from Revolution Road. The discussion was expertly led by The Press  journalist Donna Miles-Mojab, as the three discussed their experiences as minorities in New Zealand, and all that comes with it.

Know your Place
The Girl From Revolution Road

The conversation started with the simple question of "Why New Zealand?"– the responses went deeper into the reasons why Golriz and Ghazaleh's families had to leave, given the repression and oppression following the Iranian revolution. Ghazaleh's response included an account of her being at an "illegal party" (one where the sexes mixed and there was alcohol) with her parents, where someone had "ratted them out", resulting in everyone in attendance– Ghazaleh (age 4) and the other children included– being arrested and spending the night in prison. Some were also publicly lashed, and this was one of the last straws that pushed the family to leave Iran.

Injecting her signature sense of humour, Ghazaleh then repeated her parent's reason for choosing NZ:

"They speak English and have good lamb."

The rest of the discussion covered such a wide array of topics, from the importance of finding a community in NZ, assimilation vs integration, the importance of representation, and the March 15 terror attacks, that I must pick a few of my favourites to expand on.

Donna asked some questions relating to Golriz and Ghazaleh's first impressions of NZ and what it was like growing up, and both remarked upon the realisation of race and the importance of finding a community.

"As Iranians we knew that we were not Westerners ... But to come into another place and discover race and that there is a hierarchy [took adapting]"

Both Golriz and Ghazaleh noted that growing up in NZ meant dealing with lots of little things that involved "embracing your outsider status" to cope. One of the big ones that came up were things like beauty standards, and growing up in a society where media representation was not very diverse.

"Having that Iranian community to escape to ... was so invaluable ... We had our own 'cool kids' and beauty standards."

The next topic involved their takes on assimilation and integration, and how they differ.

"Integration is what we're aiming for ... It's blending the two ... Assimilation is forgetting who you are and where you come from." – Ghazaleh

"Assimilation is cultural suicide. Integration is different. It does not ask you to murder your past." – Golriz (read from an excerpt from her book)

Golriz recounted an experience that you can also read about in her book (page 230):

"Inevitably, variations of a certain question dressed as a compliment always arose: 'How do we help other immigrants assimilate to our culture as well as you have?'

I would first respond with my own question: 'What about me makes you think I've assimilated to "your" culture?'

The answers were a wonderful list of prized feminist attributes: 'You're an independent woman', 'You've forged your own path', 'You're outspoken', 'You're educated', 'You have a good job and you dress Western'."

Her next statement was exceptional:

"These are all Iranian attributes! I learned feminism from women who faced tanks!"

The event wrapped up with time for the audience to ask some questions, so I'll part with one that particularly resonated: "Is there racism in New Zealand?"

"There is racism everywhere." – Ghazaleh 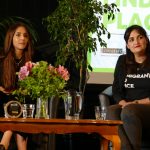 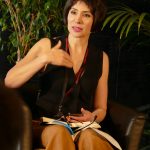 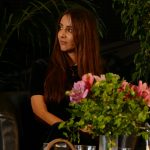 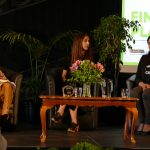 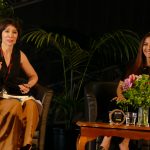 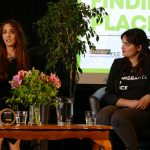 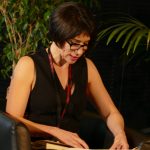 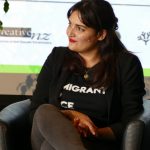 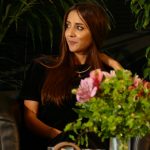 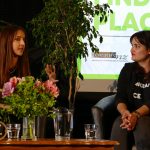 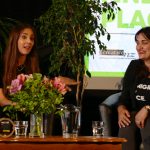 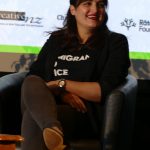 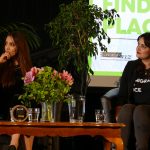 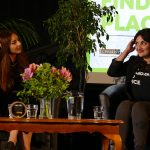 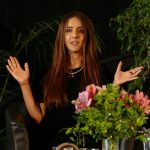 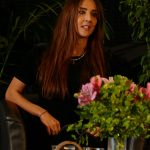 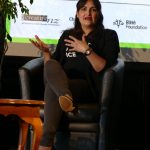 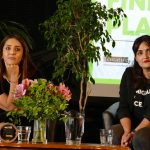