It’s a blustery, blue Sunday. I am also feeling blustery and blue.

We are in line at The Piano to go and listen to Vincent O’Sullivan, Bill Manhire, Cilla McQueen and Lisa Reihana discuss the life and artwork of Ralph Hotere. O’Sullivan has just published a new biography of Hotere The Dark is Light Enough, Ralph Hotere, A biographical portrait. Chaired by Sally Blundell, I’m ready for an engaging conversation, I don’t think you’ll ever get these five people in the same room again. It seems, half of Ōtautahi thinks the same thing, the room is packed.

Hone Papita Raukura (Rau, Ralph) Hotere was born in the remote settlement of Mitimiti in 1931, located in the Hokianga Harbour. One of 14 biological children, with 8 foster siblings, Hotere grew up within a tight knit family of devout Catholics of Te Aupōuri descent.

Hotere is known as one of Aotearoa's most well-known 20th Century artists. Often identified for the persistence of black in his paintings, Hotere was a versatile and fluent visual communicator who enjoyed using a range of materials. Often painting onto windows, salvaged wood, and corrugated iron, Hotere exhibited an independence and innovation that separated him from other contemporaries of his time. I am remembering standing in front of Hotere’s work a previous year- and can now see a rich visual language emerge. It presents itself to me as if Hotere had an internal catalogue of personal iconography, that featured the concerns of Hotere’s life, death, life, war, poetry, environment and colonialism. It’s cunning, witty, imbued with a dark elemental quality that is both dark and conjuring, emotionally weighted, full of reflection, a symbol, a sign.

It’s hard to explain, I’m not that good with words. Hotere was good with words, able to conjure words out and lay them down in a succinctness that’s really satisfying. Ralph often collaborated with poets such as Cilla McQueen, Bill Manhire, Hone Tuwhare and Ian Wedde. I encourage you to just look. 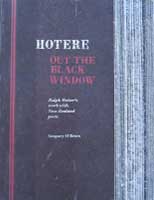 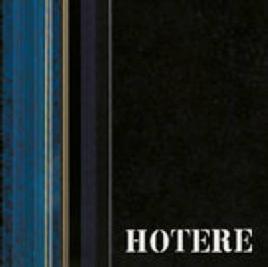 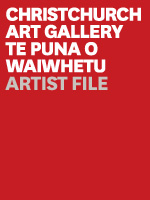 O’Sullivan explains that words, protest, poems and language were firstly, always, about the aesthetic, the act of painting. The language of movement, creating a composition. Secondary to that is the meaning of the words. O’Sullivan calls Hotere a ‘bit of a scavenger’ Reihana counters, and thinks of Hotere’s creative process as one of reclamation, repurposing and bringing things back, giving them a new life- (think of the windows series, of Hotere’s use of building materials as the paintings supports). Reihana also explains the idea of mōteatea, the idea of chanting, channeling an ancestor through your voice. I am enjoying this part of the debate. Hotere disliked being labeled a ‘Māori artist,’ and actively avoided being defined by the art world. O'Sullivan explains that Hotere explicitly asked him to write the biography because he was both pakeha and didn’t write about art. This tension about what tradition, canon or category to place Hotere’s art seems to be, to me, one of the key things that make him magnetic.

It feels really fitting that both Cilla McQueen and Bill Manhire recite poems about Ralph. Manhire recites; ‘Some things to place in a coffin’.

Based in Dunedin from 1969, Hotere made 27 Harbour Terrace, Port Chalmers in Dunedin his home. I know Dunedin pretty well, and it’s a rather isolated spot, but I think this was intentional. Cilla McQueen touches on their early years together there, where people often ‘dropped in’ to visit, Ralph would graciously host people, it seems, almost consistently:

“In Dunedin they accept me to be a painter and leave me to go about my work,' - (Out of the Black Window, page 23).

Overall, the talk feels like an enchanting dip, a foot in. It goes for 1.5 hours, but I could sit here longer. I can see all of the speakers are itching to say more, but time is short, we have many questions to get through (it takes them half an hour to bring Reihana into the conversation), there are the inevitable ones about comparing McCahon and Hotere.

In Port Chalmers Hotere had a studio facing towards the sea. I can picture him celebrating a solemn rite (his own dawn service), rising early, staring out of a window to see the sun rise, slowly, over the sea. The path, the light and the silence. I can see his work now as a persistent illumination, poetic and full of swimming language (symbolic, literal, and in your minds eye, as you stand, holding a warm mug, and simply look.) Dawn is a mystical rapture. Hotere is now looking at the path in the sea out to Aramoana. As the sun rises, momentary there is a tension between this moment emerging and disappearing.

Transfigured night. Darkness and its illuminations.

The dark is light enough.