In an attempt to tame her ever-growing For Later list,  Robyn has decided to share with us on a regular basis the titles that she has recently added to her list. The theory being that, even if she doesn’t ever get round to reading them, she can perhaps do so vicariously through you… So please do share your opinions of her picks – are they worthy, do you think, of inclusion in that lofty list? 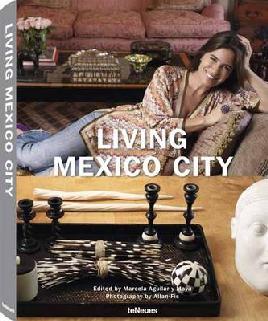 What I put on my For Later list this week:
Adam by Ariel Schrag because I love Schrag with a burning passion and her High School Chronicles are some of the best graphic novels ever.

Knit your own pet by Sally Muir because I am an eternal optimist and it is for absolute beginners.

British folk art by Ruth Kenny because it’s good to see art made outside the mainstream.

Ideas: texture and Ideas: open spaces by Fernando de Haro because idly flicking through books featuring lovely ideas without having to put them into practice is one of life’s great pleasures. See also Living Mexico City by Marcela y Aguilary Maya.  Also because she has the best name.

Dabbous, the cookbook by Ollie Dabbous because My Kitchen Rules every night has led to an obsession with food. Not cooking it or even eating it,  just sort of observing it. Cooking definitely not an option as this book features recipes such as ‘Mixed Alliums in a Chilled Pine Infusion’.

The art of Neil Gaiman by Hayley Campbell because he is a legend, pure and simple.