I discovered at the weekend with a rapidly beating heart, that one of my all time favourite writers, Annie Proulx, has released a new novel.

Thirteen years since her last novel, Barkskins is, by all accounts, a rip snorter. According to what I can glean from good old Mr Google, it is 736 pages long, spanning 3 centuries, and tells the story of two French immigrants in the new land of America. They are bound to a feudal lord for three years and are sent to work in the dense and remote forests of the New World in exchange for a promise of land. The book follows them and their descendants from 1693 through to the 21st century and various family members travel all over the world, including to little old New Zealand.

Annie Proulx first caught my eye when I read The Shipping News, another great story of families, set in Newfoundland. I have never forgotten the ways she described snow and ice and barren landscapes and the families and eccentrics who lived amongst it. 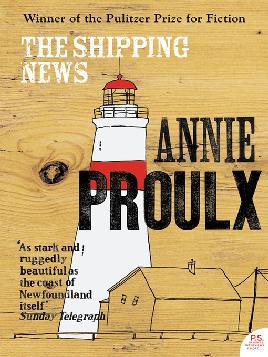 Accordion Crimes was also a favourite, charting the lives of immigrants settling in America through the life of an accordion that is handed down through families; Jewish, Irish, Italian and many others.

Both The Shipping News and Brokeback Mountain (a short story originally), were also made into movies, both well worth watching.

Ms Proulx, now in her eighties, was a bit of a late bloomer, with her first short stories published in her 50s and her first novel in 1992. She has gone onto to publish 13 works and win over twenty literary prizes, including a Pulitzer prize for The Shipping News.

Her novels and short storys are filled with hard bitten complex characters and landscapes that are wonderful described, I find I get immersed in her stories and I think this is because she herself has led a full and intense life, always on her own terms. She has been married and divorced three times and has raised three sons alone. She worked as postal worker and a waitress, and early on a writer of magazine articles on everything from chilli growers to canoeing.

She has two history degrees, drifted the countryside in her pickup truck, can fly fish, fiddle, and hunt game birds. But for all her life experience, she has said that she likes to write about what she doesn't know, rather than draw on what she has already experienced. If you haven't read her books, I strongly recommend them.

So, I'm on the library waiting list, hoping the book arrives quickly so I can again revel in her wondrous prose!