On 15 June, Tūranga’s TSB Arena was transformed into a vibrant space of cultural festivities when it hosted the celebration of the 121st Philippine Independence Day, a first in any library.

Throughout the day, around 300 locals and tourists, young and old, explored and enjoyed a fusion of Filipino culture and history showcased through folk dances, folk songs, traditional games, costume display, a fashion show of ethnic dresses, colouring-in of indigenous designs, and a live-band performance.

“The performers were brilliant. The costumes were colourful,” said Christchurch local Annabel Black who watched the entire event with her two children, “My kids were glued to the performances. It was lovely for them to see a different pocket of Christchurch.”

Black said she also loved learning about the history of the Philippines through historical trivia shared by the hosts in between presentations.

Another local Rayna Schwede said her family were also entertained during the event noting that it reflected how Christchurch strongly supports diversity.

“It’s good to see multiculturalism being promoted in Christchurch. It’s nice to show kids that there is more to our city.”

Aucklander Chloe Barnes was pleasantly surprised as well to be able to see the celebration in the library. She said she was particularly impressed by the Tinikling dance that involved performers dancing over sliding bamboo poles on the floor. “That was really amazing. It takes a lot of skill.”

As expected, Filipinos in Christchurch were ecstatic to commemorate the most important event in their country’s history in Tūranga. Many of them haven’t been back to the Philippines for years making the occasion a chance to reconnect with their roots.

“The event served as a good reminder of my culture and heritage as a Filipino. It made me feel like I was home for a moment,”

She said her Christchurch born three-year-old daughter Lucy, who particularly enjoyed the costume dress-up, was given a fun opportunity to learn about her Filipino heritage.

Dubbed Araw ng Kalayaan 2019, the celebration was graced by Carolyn Robertson, Libraries and Information Manager, and Councillor Jimmy Chen who leads the Christchurch City Council's Multicultural Subcommittee. In her welcome speech, Robertson said the event is part of the Council’s drive to recognise the thriving cultural groups in Christchurch which now includes over 4,000 Filipinos.

“We embrace all cultures. We are a city of peace. We embrace diversity,”

she said adding that the occasion strengthened the city’s ties with Filipinos who are instrumental in the Christchurch earthquake recovery and rebuild program including the construction of Tūranga.

In an interview after the event, Councillor Jimmy Chen agreed to this saying the affair exemplifies the implementation of the Council’s Multicultural Strategy, a framework he led to create, that aims to give every person in Christchurch a sense of belonging.

“We show respect and care. We ensure that everyone feels they belong.”

When asked about the significance of the event being held in Tūranga, he replied,

“It proves that libraries today are no longer just place to borrow books. A library is the heart of the community. It is where the community meet, work, and be together. We saw that happen in Tūranga today.”

View photos of the Philippine Independence Day celebrations at Tūranga on Flickr. 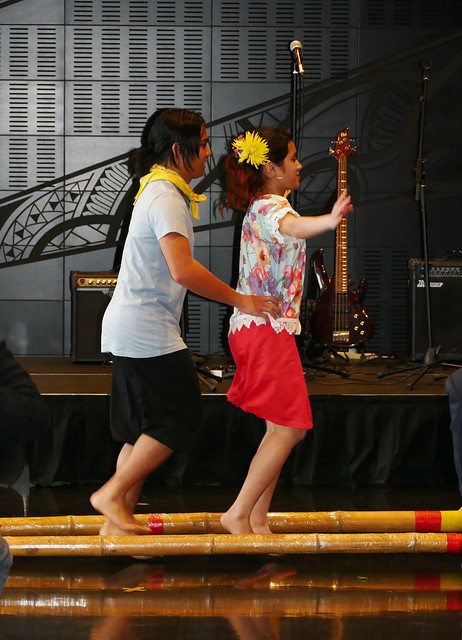 Read more about the history of Philippine Independence Day, and browse Filipino resources in the library collection.