Lawrie Metcalf had a long association with the Christchurch Botanic Gardens as the Assistant Curator from 1955 - 68 and the Assistant Director from 1968 -1977. It was important to him to demonstrate how gardeners could incorporate natives into their garden and create a garden that truly reflected New Zealand, something uniquely our own.

We can thank Lawrie for the native plant display in the Botanic Garden which was created to showcase what can be done with our native plants. Just like walking through a piece of bush this garden is the ideal place to take tourists to see native plants in a natural setting and an is an inspiration for the home gardener wanting to incorporate natives into their garden. He created displays that not only looked magnificent but also educated the visitor, placing the gardens on a solid scientific footing he also collected plants from throughout the country.

As the botanist with the Canterbury Museum he collected live plants and herbarium specimens on expeditions to alpine areas in the South Island expanding scientific understanding of what grew there. Lawrie expanded the international seed exchange programme to send native plant seeds to hundreds of botanic gardens, receiving seeds from around the world to trial at the botanic gardens. Later moving to Invercargill, as Director of Parks and Recreation for the Invercargill City Council, he continued his work establishing a sub-antarctic collection at Queens Park.

Lawrie was born in Christchurch and while at school Dr L.W. McCaskill (1900–1985) got him interested in growing native plants. He undertook his horticultural training and has gone on to greatly inspire young horticulturalists many of whom went on to hold senior positions. In his semi-retirement he ran a nursery in Nelson with his wife Lena and continued to publish books. 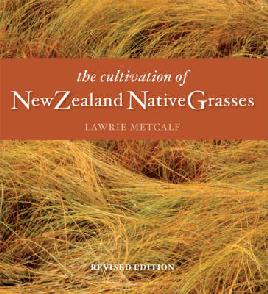 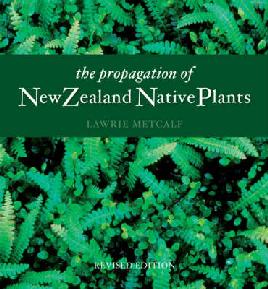 Lawrie had a crucial role in the registration of cultivars of New Zealand native plants, dedicating 55 years to the task during which he published an international register of over 800 hebes.

He was president of the Canterbury Botanical Society and was awarded the Cockayne Gold Medal, The Loder Cup, Ian Galloway Outstanding Achievement Award, Veitch Memorial Medal and the Companion of the Queen’s Service Order (QSO) for services to horticulture and conservation. In addition his work was acknowledged earlier this year with the naming of the herbarium at the Botanic Gardens the Lawrie Metcalf Herbarium by the Christchurch City Council.

Lawrie used his love of photography in his many books the most well-known of which is The cultivation of New Zealand trees and shrubs, originally published in 1972. This book gave Kiwis the knowledge of how to identify, grow and care for natives with confidence and was written in a way anyone could understand.

The landscaping trend towards natives shows no sign of abating and Metcalf's books on native plants, trees and shrubs, alpines, grasses, ground covers, ferns and hebes, all written in a practical style and imparting a wealth of scientific knowledge,  will continue to inspire New Zealand gardeners and horticulturalists for years to come.