Calligraphy, the art of beautiful handwriting, has emerged along with the rise of civilisations through history. This art form is developed, practised and appreciated in many different cultures. In Chinese culture, calligraphy has its unique development process, writing style and social status.

It is believed that Chinese calligraphy 书法 was originated from Chinese logographs engraved on oracle bones, tortoise shells and shoulder bones of large animals like oxes . The shell-and-bone script, known as jiaguwen  甲骨文, appeared from the fourteenth to the eleventh century BC and was widely used in the Shang dynasty (1600 -1046 BCE). Chinese writing is a logographic system featured with a character encoding both sound and meaning simultaneously. Chinese characters are made up of eight basic strokes. It is believed that these strokes were created by Cang jie, opens a new window, a legendary figure, on the inspiration of feet tracks left by bird and animals. In the Han dynasty(206 BCE - 220 CE), Chinese artisans introduced basic materials used by calligraphers: brush 笔, ink 墨, paper 纸 and inkstone 砚. They are called four treasures of the study 文房四宝, opens a new window.

Over the past 3000 years, six script styles, opens a new window have been formed in Chinese calligraphy. They are oracle-bone script 甲骨文, seal script 篆书 , clerical script 隶书, cursive script 草书, semi-cursive or running script 行书, and standard script 楷书. As the earliest form of Chinese writing, oracle-bone script was used to record divination texts in the Shang dynasty (1600 -1046 BCE). Seal script was developed for commemorative records and official inscription on stone monuments in the Qin dynasty (221-209 BC).Clerical script emerged in the Han dynasty (206 BCE - 220 CE) when brush pens and the ink were used for official records and private correspondence. Cursive script was developed from the end of the Han dynasty (220 CE) to the middle of the Tang dynasty (618–907). The strokes of a character in cursive script were greatly simplified but linked so it was hard for ordinary people to read and write without special training. Running script appeared in the decades immediately after the Han dynasty (206 BCE– 220 CE). It is characterised by joining characters with linking strokes so it is suitable for freehand writing in daily life. The first standard script also appeared at the end of the Han dynasty (220 CE) and was fully developed in the mid-Tang dynasty (618–907). This style became commonly used handwritten due to its balanced and clearly-presented characters for reading and writing. Based on the six basic script styles,  people with years of master training and practice can develop their own style.

Chinese calligraphy has a special status in Chinese society. The formation of six script styles of Chinese calligraphy is bound with religious activities, official records and private correspondence. Chinese calligraphy was used as one of criteria to select officials for the emperor's government in ancient China. It is also immersed in Chinese people's daily life in different ways. It always appears along with Chinese painting, which is regarded as a high-rank art form. If you visit China, you can see Chinese calligraphy used on temple name plaques and shop signs. Children learn calligraphy skills at school though it is not a compulsory subject. For adults, the practice of calligraphy is a way of self-expression and cultivation. 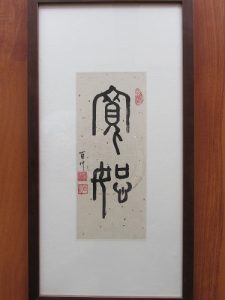 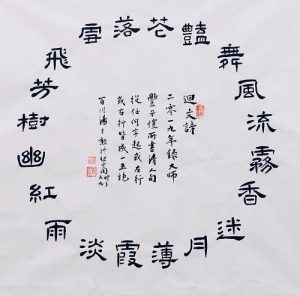 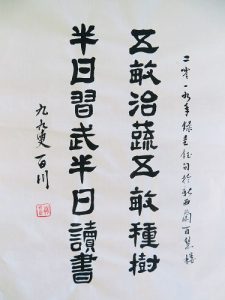 The  Art of Calligraphy Exhibition, opens a new window will be held on from 15 August to 15 September 2019 in the exhibition area outside the TSB Space at Tūranga, the central library of Christchurch. This exhibition is to display the works of Chinese calligraphy by Tang Yu-Shiun, a well-known calligraphy master. Activities and events associated twith this Exhibition include: 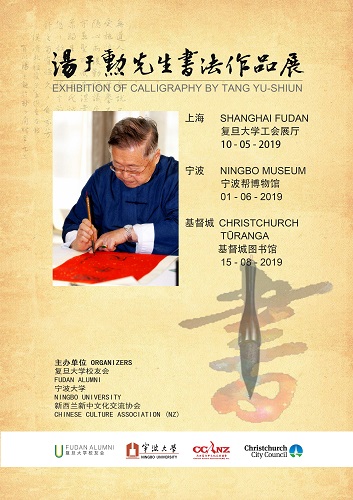 Mr Tang Yu-Shiun adopting the artistic name Bai Chuan, was born  in Ningbo City, Zhejiang Province, China in 1921. He graduated from the Department of Accounting of Fudan University in Shanghai in 1944. After two years of working in China, he moved to Taiwan and worked there for 46 years until he retired and immigrated to New Zealand  in 1995. This year Mr.Tang is about to turn 100 years old, three events named Exhibition of Calligraphy by Tang Yu-Shiun are scheduled to be held at  Fudan University, Ningbo City, China, and Christchurch, New Zealand respectively. These events are held to honour his alma mater, hometown, current residential place. In the course of nearly a century of life, Mr Tang Yu-shiun has worked assiduously to study the profound Chinese culture, practise the infinite art of calligraphy, and study and teach Yang Style Taijiquan. He is also proficient in traditional Chinese performing arts like Peking Opera. He is a well-known calligrapher, Taijiquan master, and Sinologist in New Zealand. 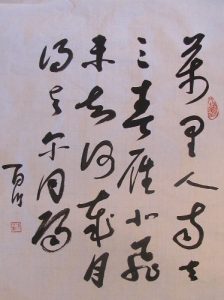 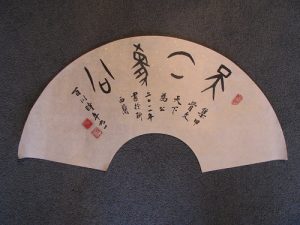 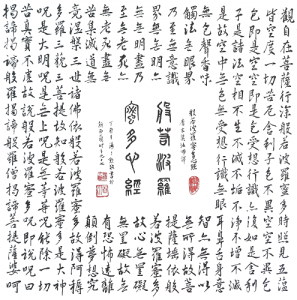 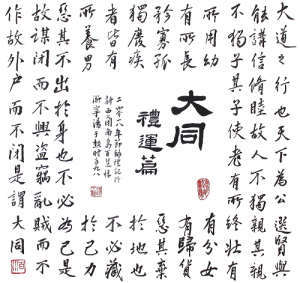 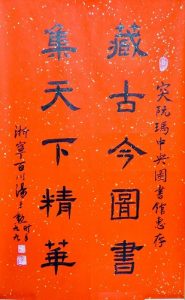 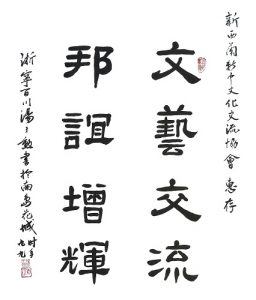 Special thanks to Mr Robin Wang from the Chinese Cultural Association (CCA) for providing Master Tang's bio and images of his calligraphy work used on the post.