Over forty years later and Judge Dredd is still appearing in 2000AD and with current news stories focusing on police-overreach, a pandemic, the role of AI, monopolistic corporations and political corruption, the comics anthology should probably have been called 2020AD.

In this world, Judge Dredd is one of many judges who police the heavily populated Mega-City One, which roughly equates to the eastern seaboard of America. The stories are set one hundred and twenty-two years in the future and as this universe ages in real-time, in 1977 it was 2099 in Mega-City One and now in 2020, it is 2142. This has always been an appealing factor for me when reading Judge Dredd because all the accumulated back-stories and history counts and writers have been careful to add knowing nods and references to previous stories without making new stories indecipherable for new readers.

But why should I read Judge Dredd? The role of Judge in Mega-City One is neither just that of a judge or a policeman. It is both, with executioner thrown in. Hence, they are judge, jury and executioner when it comes to the enforcement of the law.

The considerable amount of power that is bestowed upon judges is reflected in many of the stories, with America being the most noteworthy. This story was written in 1990 and follows the tale of immigrant America Jara and how democracy activists resort to terrorism to try and overthrow the authoritarian fascist regime that is responsible for the judges. It is brutal and unflinching at times but an absolute must for anyone with an interest in graphic novels or politics. 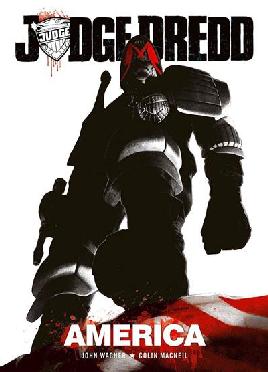 It took until 2006 for the origins of how the judges acquired their power to be revealed and we were treated to the mega-epic storyline Origins. There are revelations aplenty with large dollops of political machinations but at no time does the action slow down either, with a chance to understand how situations can really snowball beyond anyone’s control when it comes to a vacuum of power.

Judge Dredd is many things to many people but the genre most associated with this title is science fiction. A great number of tropes from this genre including alien interactions, clones and planetary colonisation have been fully explored over the years, and the role of AI and androids has also been ever-present. One of the biggest stories involving androids is ‘Mechanismo‘ from 1992 which attempted to address Mega-City One’s lack of judges with an automated response. Cue, yet more unintended consequences. 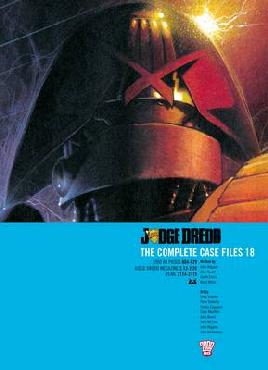 Tell me if you’ve heard this one before. A common cold-type virus is ignored by large swathes of the population with governments attempting to quarantine people for their own good. The storyline ‘Day Of Chaos’ (as told in The Fourth Faction and Endgame) takes things to quite a few extreme levels beyond this point, however, much of the setting and atmosphere will be eerily reminiscent for us in 2020, considering this title was first published in 2011.

Another area where Judge Dredd excels is the supernatural. Dredd’s most trusted colleague is PSI Judge Anderson who was introduced in 1980. She permits doubt, is humorous and is aware of the weaknesses of the judicial system, thereby making her the exact opposite and a good foil for Dredd. She is part of the PSI Division which means she possesses psychic abilities which are used to tackle foes from a variety of dimensions. The group of stories collected in Childhood's End are of varying quality but they get to explore PSI Anderson as an individual as she embarks on her own spiritual journey in outer space.

Last and but by no means least, is death. Judge Death to be precise. Sticking to the genre of the supernatural we have Dredd’s most formidable and frequent foe. Judge Death is an evil spirit who believes that as crimes are committed by the living he must sentence all of those who live to death. It’s the literal comic book villain that can never die, ala The Joker or whomever dies/disappears before returning with a large fanfare.

Up until Death’s introduction in 1980 most of the criminals that Dredd faced appeared in "one and done" stories with characters rarely showing their faces again. By having a foe who is already dead was a neat way to ensure that Dredd and Death would face each other for years to come. In ‘Dark Justice’, Judge Death has been absent for years and makes an unwelcome comeback aboard a spaceship containing some of Mega-City One’s richest citizens. The story is pretty good but what elevates this particular graphic novel is the lushly painted artwork by Greg Staples. 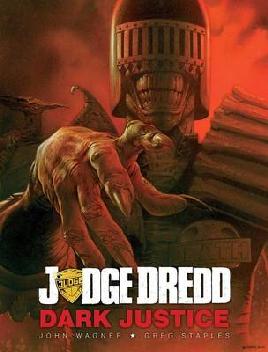 Ok, one more. We’ve done the sublime and now it’s time for what comic books are known for, the ridiculous fight scenes. How about Judge Dredd versus Batman? Pairing up characters from different publishers was a 90s phenomenon which unfortunately does not occur as often and they tend to act as palate cleanser for seasoned fans or as an introduction to an unexplored comic book world for the uninitiated. The first of four meetings between these two gruff law enforcers occurs in ‘Judgement On Gotham’ and is considered the best due to having won a number of Eisner awards. All four stories are collected in the Batman Judge Dredd collection. 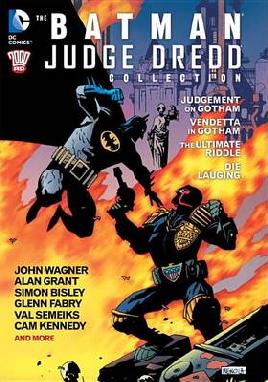