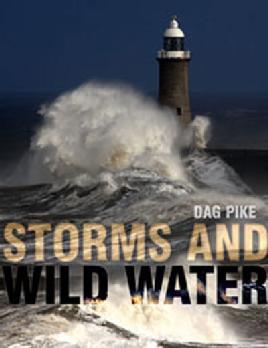 Cyclone Giselle was the worst storm recorded in New Zealand’s history. It hit Cape Reinga early in the morning of 9 April 1968 and reached Wellington on the morning of 10 April. There it met another storm which had driven up the West Coast of the South Island from Antarctica. The storm caused the sinking of the Wahine before blowing out somewhere in the Southern Ocean.

The storm began to build in the Coral Sea near the Solomon Islands on 5 April, 1968. The cyclone was given the name Giselle by French meteorologists when it struck Noumea, capital of French Caledonia.

The next day storm warnings were issued throughout New Zealand, even though the cyclone was 3,000 kilometres away.

Early in the morning of 9 April, Cyclone Giselle hit Cape Reinga. Wind gusts of up to 160 kilometres an hour caused massive damage to houses and other buildings. With the wind came torrential rain, flooding the farmlands of Northland, and drowning hundreds of farm animals. A farmer was killed near Kaitaia when he was blown off a haystack.

The cyclone moved south, repeating the pattern of damage as it travelled across the North Island and down the East Coast. Ships were driven ashore, and landslips closed roads. The torrents of rain caused massive flooding, and the wind left a wake of torn-off roofs and broken windows.

By the time Cyclone Giselle hit Wellington on the morning of 10 April, another storm had driven up the West Coast of the South Island from Antarctica. The two storms met over the capital city, causing huge amounts of damage and wrecking the inter-island ferry, the Wahine, with the loss of 51 lives.

The winds in Wellington were the strongest ever recorded by the New Zealand Meteorological Service. At one point they reached a speed of 275 kilometres an hour. A young girl was killed and her sister injured when a piece of roofing iron crashed through their bedroom window. An elderly man was blown over by the wind and died on the way to hospital. Other people were seriously injured in falls or by flying debris. In the Wellington suburb of Kingston the roofs of 98 houses were ripped off by the wind, and three ambulances and a truck were blown onto their sides when they tried to go into the area to bring out injured people.

As the storm moved onto the South Island, in Christchurch hundreds of houses lost their roofs and both the Avon and the Heathcote rivers flooded. Throughout Canterbury over 500 hectares of forest were destroyed.

In Southland the flooding was the worst since 1913. Some people were stranded on the roofs of their houses and had to be rescued by jet boat.

Cyclone Giselle finally blew out somewhere in the Southern Ocean.

It was the worst storm recorded in New Zealand’s history, as well as being the storm that sank the Wahine.

Three people died as a direct result of the cyclone, in addition to the 51 who died in the Wahine disaster.

A cyclone is formed in the tropics when cold air and warm air meet: the cold air pushes under the warm air, making it rise. Cyclone, hurricane and typhoon are all different names for a rotating tropical storm. Around Australia, the South Pacific and the Indian Ocean the storms are known as cyclones.

The storm begins to pull in humid air from the warm ocean water, and the winds begin to swirl around and around, drawing in more air. In the southern hemisphere the wind flows clockwise (anti-clockwise or counter-clockwise in the northern hemisphere) in the low air pressure part of the storm near the earth’s surface.

Huge storm clouds develop which swirl with the wind, and can grow to a height of more than 15,000 metres. The centre of the storm is known as the “eye” and usually it is calm with no rain and little wind.