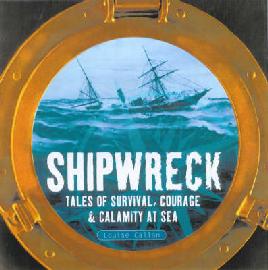 At approximately 1:30pm, on 7 February, 1863, the HMS Orpheus was only miles from her destination port of Auckland when it struck a sandbar at Manukau Heads. As the waves got heavier, the ship started breaking up. 189 people died, making this New Zealand’s worst maritime disaster.

On 7 February, 1863, the HMS Orpheus was getting near to her destination port of Auckland. On board were 259 men, many of them British soldiers heading for the Waikato Land Wars.

The harbour bar at the head of the Manukau Harbour was a sandbank built up by the movement of the waves. Crossing it had to be done at the right time, when the tide was high enough and the water over the bar deep enough for ships to pass safely.

The signalman at the signal station on Paratutai Island signalled the Orpheus to “take the bar” (across the harbour mouth) at about 11am when the tide was right. Weather conditions were fine and sunny.

The signalman watched the Orpheus take a course too far to the south of the bar to cross it safely and tried to signal the ship to keep northward, but it did not change course. On board the ship, a seaman with experience of the harbour realised the ship was taking the wrong course. Alarmed, he went to the master of the ship and pointed out the correct course on the chart.

Before the turn could be made, the Orpheus struck the sandbar, burying the nose of the ship. The engines seized and gradually the Orpheus slipped further over on to her side. A south-westerly wind had sprung up and the waves were growing stronger.

A steamer had just been piloted out of the harbour when the skipper saw the Orpheus out by the bar. At first he did not realise that it was in difficulties, until he met two smaller boats from the Orpheus. Another boat from the Orpheus had been lost when it was lowered over the side. Most of the 40 men on board were drowned or crushed in the wreck.

Meanwhile the men remaining on the Orpheus had climbed the rigging in an attempt to stay clear of the waves which were breaking over the ship halfway up the mast. Some tried to climb forward to the bowsprit and jump into the water there, but many fell to the deck making the attempt.

Smaller boats from the steamer moved in around the Orpheus to rescue survivors from the sea. Between 8 and 8:30pm the masts fell into the sea, taking with them over 100 men who had climbed the rigging. Further attempts to save the drowning men were made at night by the light of the moon, but by dawn only the stumps of the masts and pieces of the deck remained visible. There were only 70 survivors.

Three major enquiries were held into the wreck of the Orpheus. There were differences between the powers of the New Zealand authorities and those of the Royal Navy, who refused to let any of its officers be blamed.

However, the navigation charts carried on the Orpheus were out of date. The sandbar had grown by some 800 metres and extended well out into the old channel and none of the officers on the Orpheus had had experience on the Manukau Harbour. They were sailing according to the directions on the out-of-date charts.

The Orpheus shipwreck is still New Zealand’s worst shipwreck, in which the greatest number of people died.