It is a small, unpretentious wooden building, formerly sandwiched between the Royal Insurance building and the former New Zealand Trust and Loan Company building (1866). It was built in 1860 on land owned by farmer John Shand. The building housed professional offices until its conversion to shops in 1977, when it was named Shand’s Emporium.

The Historic Places Trust rated Shand’s Emporium as a building of historical interest. It is one of the oldest commercial buildings in the Christchurch central business area and one of the few surviving buildings from the early period of Pākehā colonisation.

Shand’s Emporium suffered damage in the earthquakes of 2010 and 2011. 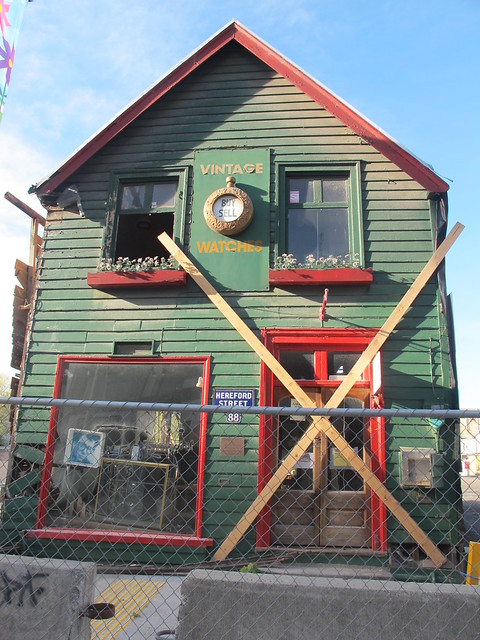 This page is based on information from The Architectural Heritage of Christchurch: Shand’s Emporium.