Every year we nominate three books for the DUBLIN Literary Award.

The DUBLIN Literary Award is the largest and most international prize of its kind. It is presented annually for a novel written in English or translated into English. The Award is sponsored by Dublin City Council, the municipal government of Dublin, and administered by Dublin City Public Libraries. The Award aims to promote excellence in world literature. Nominations are submitted by library systems in major cities throughout the world. The International DUBLIN Literary Award is worth €100,000 to the winner. If the book has been translated the author receives €75,000 and the translator received €25,000. The award was launched on 7 April 1995. 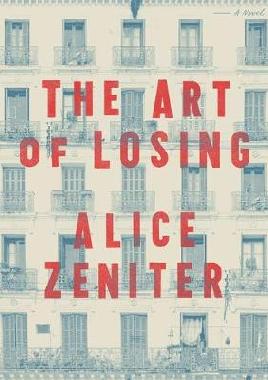 The Art of Losing Alice Zeniter, Translated from the French by Frank Wynne Winner
Read more on the Dublin Literary Award website

At Night All Blood is Black David Diop, translated from the French by Anna Moschovakis
Read more on the Dublin Literary Award website

The Art of Losing Alice Zeniter, Translated from the French by Frank Wynne
Read more on the Dublin Literary Award website

Many thanks to Mike from @ChristchurchLib who reviews their nomination for the 2021 #DubLitAward, Auē by Becky Manawatu.