The Kate Sheppard National Memorial was unveiled on 19 September 1993, by the Governor General, Dame Catherine Tizard, to commemorate 100 years since New Zealand women won the right to vote.

The women on the memorial

The women on the memorial are from left to right: 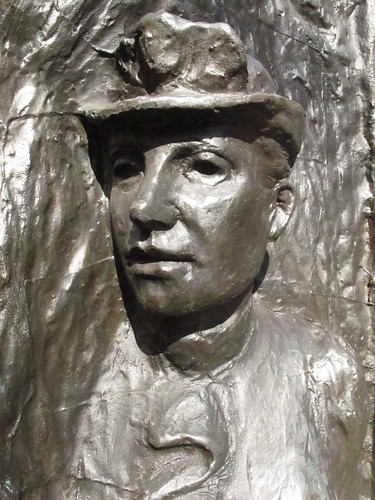 Helen Nicol who pioneered the women’s franchise campaign in Dunedin. 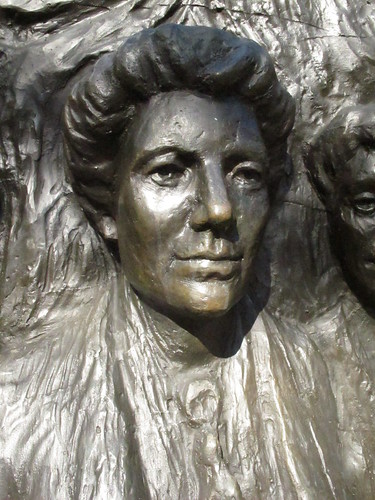 Kate Sheppard of Christchurch, the leader of the suffrage campaign. 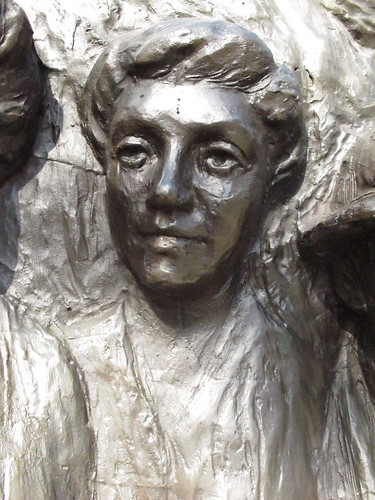 Ada Wells of Christchurch who campaigned vigorously for equal educational opportunities for girls and women. 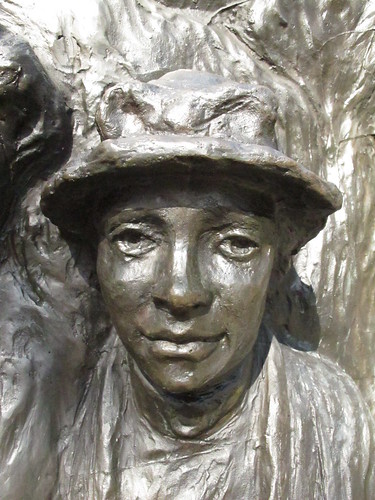 Harriet Morison of Dunedin, vice president of the Tailoresses’ Union and a powerful advocate for working women. 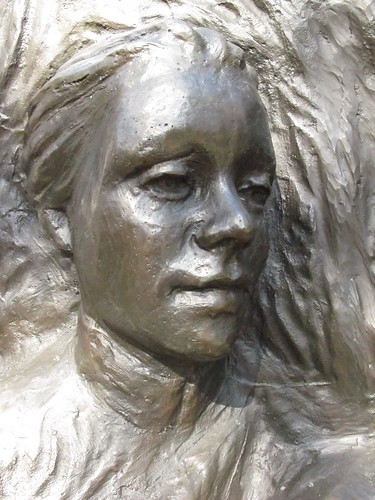 Meri Te Tai Mangakahia of Taitokerau who requested the vote for women from the Kotahitanga Māori Parliament. 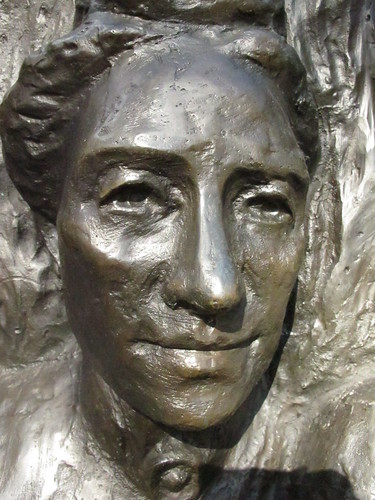 The central panel depicts life size figures of Kate Sheppard and other leaders of the suffrage movement. Smaller panels depict women of the time in typical everyday settings. Bronze panels record a written history of Kate Sheppard and the suffrage movement. A time capsule enclosed in the wall contains a record of the donors and material relevant to women’s lives in 1993.

You can view our collection of photos of the Kate Sheppard National Memorial on Flickr.

The transcript of the memorial

The following words are inscribed on the Kate Sheppard National Memorial:

On 19 September 1893 New Zealand women won an historic victory – the right to vote in parliamentary elections. New Zealand became the first self–governing country in the world to recognise this freedom for all women. Women of spirit had long campaigned for the vote. As early as 1869 Mary Ann Muller under the name of Femmina was writing articles on women’s rights in The Nelson Examiner. The suffragettes knew the vote was vital step in their struggle for equal rights. It would give them the political power to hasten social reform.

The Women’s Christian Temperance Union established in New Zealand in 1885, joined the call for universal franchise. It realised women needed a voice in government to fight the poverty and violence many families suffered through alcohol abuse.

In 1887 Kate Sheppard of Christchurch was appointed superintendent of the Franchise Department of the WCTU, and led an intensive seven year campaign. Her forceful writings in The Prohibitionist and in numerous pamphlets kept the debate alive. She spoke at public meetings, lobbied politicians with telegrams and letters and organised petitions to parliament. Kate Sheppard inspired and encouraged many women to join the cause of liberty and justice.

Opposition was fierce and determined but the suffragists gained increasing support. The Franchise Leagues recruited women from outside the temperance movement and made votes for women their only goal. The campaign produced three major petitions in 1891, 1892 and 1893. The 1893 petition with 31,872 signatures was the largest ever gathered in Australasia.

Commissioned by Women Towards 2000 Inc.
Sculpted by Margriet Windhausen

A leading suffrage supporter, Sir John Hall, presented the 1893 petition to parliament during the debate on the Electoral Bill. The Bill, giving women the vote was finally passed with a majority of two. Women rejoiced in their hard–won victory. At the next election, two months later on 28 November 1893, seventy percent exercised their new right. Shown on the memorial with Kate Sheppard are Meri Te Tai Mangakahia of Taitokerau, who requested the vote for women from the Kotahitana parliament; Amey Daldy, a foundation member of the Auckland WCTU and president of the Auckland Franchise League; Ada Wells of Christchurch, who campaigned vigorously for equal educational opportunities for girls and women; Harriet Morison of Dunedin, vice–president of the Tailoresses’ Union, and a powerful advocate for working women; Helen Nicol who pioneered the women’s franchise campaign for Dunedin.

Other important leaders in the struggle of women’s rights were Learmonth Dalrymple. Marion Hatton. Lily Kirk. Janet Plimmer. Annie Schnackenberg. Margaret Sievwright and Anna Stout. The National Council of Women, founded in 1896, grew out of the networks of able and committed campaigners. Kate Sheppard was the first president.

Some years after the vote was won, a WCTU editor wrote … we, the mothers of the present need to impress upon our children’s minds how the women of the past wrestled and fought, suffered and wept, prayed and believed, agonised and won for them the freedom they enjoy today.

Funded by The 1993 Suffrage Centennial Year Trust, Whakatu Wahine and the people of Aotearoa New Zealand.

This was originally derived from the Christchurch City Council handbook of 1998. Additional material came from christchurch.org.nz