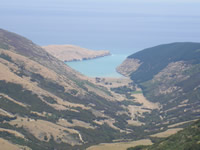 There are a number of versions of its name. Pireka (a species of fern) is one of its older names, derived from a fern root which when pounded gave off a pleasant smell.

Today Peraki, the spelling adopted by the French, is the more commonly used name. Piraki is the other Ngāi Tahu spelling for this bay.

In February 1837 George Hempelman arrived from Sydney to set up a shore station for whaling from Peraki. During the following seven years, he kept a log documenting the daily life and existence of the men and boats based there.

Another captain in his party, G.W. Clayton, had ‘purchased’ the bay from a local chief named Tūauau.

Life in the bay was fairly primitive. It took a couple of years of establishing gardens to feed the people living there. Boat building was also an activity carried out there as boats were an essential component of life for the whalers.

In December 1837, construction of a 10-ton supply cutter was begun. It was completed 14 months later. Named the Mary Ann, this boat would feature in a later chapter in the history of Peraki in 1839.

The devastation wrecked on Ngāi Tahu communities by Te Rauparaha’s raiders from the north in 1830 was followed by a period of upheaval. There were a number of retaliatory expeditions to expel Ngāti Toa from the Ngāi Tahu rohe (district) led by Taiaroa and “Bloody Jack” Tuhawaiki, both Ngāi Tahu fighting chiefs from the South. Peraki and other communities on Banks Peninsula were regularly visited by war parties.

One such visit occurred in November 1839. “Bloody Jack” and his war party of 15 boats landed, having spent two days terrorising both Oashore and Little River Māori. Jacky, a Ngāti Toa boy left by Taiaroa on an earlier visit, was slain and eaten by the war party, which also captured a Peraki whaleboat and crew. Another boy left by Taiaroa was also captured, but Taiaroa himself intervened and saved the boy’s life.

Tuhawaiki sought compensation from George Hempelman for saving the young boy’s life, and received the much prized Mary Ann as recompense. It is thought that this incident may have been a ploy by Tuhawaiki to obtain a new cutter. He was very involved in trading and other activities around the South Island ranging as far as Sydney, so possession of a new boat would have been a boon for his commercial interests.

Hempelman himself would use this incident to substantiate his ‘purchase’ of the land from Tuhawaiki, with the cutter being part of his payment for the land purchase. Tuhawaiki, like many other chiefs, was involved in selling large tracts of land during this period, with the ‘sale’ of Peraki Bay being just one of them. 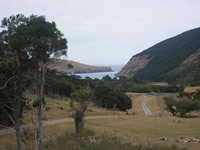 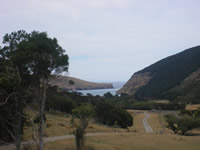 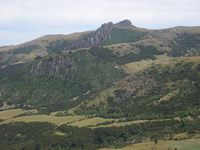 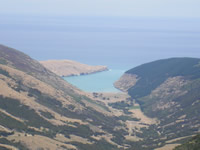