Sunday 15 March 2020 is the anniversary of the Christchurch Mosque shootings. A year ago, on Friday 15 March 2019, two consecutive terrorist shooting attacks occurred at the Al Noor Mosque and the Linwood Islamic Centre during Friday Prayers. 51 people were killed, and many others injured.

There are remembrance events happening in Christchurch. There are books, podcasts, and videos in which members of the Muslim community share their stories.

The National Remembrance Service marking the first anniversary of the Christchurch mosque attacks has been cancelled, as a precautionary approach to Covid-19 (the Corona Virus).

UNITY at the Canterbury Museum

UNITY will be on display in the Museum Visitor Lounge on Level 3 from 9 to 22 March to commemorate the anniversary of the terror attacks.

Designed by Flower Girl Simone Johnstone, ‘UNITY’ was crafted from the plastic wrappings of floral tributes to the victims of the Christchurch mosques shootings. In this blog post, curator Dan Stirland explains how ‘UNITY’ came to be and unpicks some of the messages of this powerful artwork: https://www.canterburymuseum.com/discover/blog-posts/unity/ ‘UNITY’ is on display in the Museum Visitor Lounge on Level until 22 March to commemorate the one year anniversary of the terror attacks. #CanterburyMuseum, opens a new window

We are one at Hagley Park until Sunday 22 March

A temporary memorial has been set up in Hagley Park. We Are One, the installation, was created with the support of Canterbury's Muslim community and the Christchurch City Council, and is lit in green – the colour of Islam.

An ‘Interfaith Bicycle Ride’ that builds secular bridges between various places of worship in and around the Christchurch City Centre and to acknowledge all forms of diversity in the city. Find out more on Facebook.

Widows of Shuhada is an authentic walk alongside four of the women most affected by the atrocities of March 15, 2019.  Featuring Muslim broadcasting student Asha Abdi and Al-Noor mosque’s Women’s Coordinator Jumayah Jones, they present insights rarely heard before or since March 15.

Listen to Widows of Shuhada.

Retweet and listen to the podcast at https://t.co/ff57ArZwTi

Produced by Plains FM for @radionz, made possible by the RNZ / @NZonAir Innovation Fund.

To commemorate the one year anniversary of the Christchurch mosque attacks, RNZ is broadcasting an 8-part documentary series, Widows of Shuhada, which features the women left widowed by the tragedy. Featuring Muslim broadcasting student Asha Abdi and Al-Noor Mosque's women's corodinator Jumayh Jones, they present insights rarely heard before or since 15 March. This event is a live panel discussion about the making of the podcast and featuring its hosts, producers and special guests. Entry is free. The panel will explore the challenges, joys and insights experienced by the creators of this series, including the podcast's themes of forgiveness, grief, love and faith. Discussion will also include issues around the emerging Muslim voice, humanitarian journalism, and living as a Muslim woman in NZ today. Made by Plains FM with the support of RNZ/NZ On Air Innovation Fund.

On March 15, 2019, Temel Atacocugu was praying in the Al Noor Mosque in Christchurch. He heard gunshots and turned to lock eyes with the gunman. He saw a puff of smoke from the rifle and then felt a bullet hit his teeth. It was the first of nine bullets to tear through his body. He believes his survival is a miracle. Over the last year, Frank Film and Stuff have followed Atacocugu’s long recovery from the physical and mental trauma of the attack. It is not only the story of how he walked out of the mosque alive on March 15, but what happened next. It is a story of defiance, pilgrimage and healing.

Messages from the Mosque

Christchurch’s Muslim community is releasing a collection of video interviews a year on from the 15 March terror attack where 51 people were martyred at two of the city’s mosques. The videos see brave members of the community share their experiences and reflections on the tragedy. This website has been created by the Muslim Association of Canterbury. 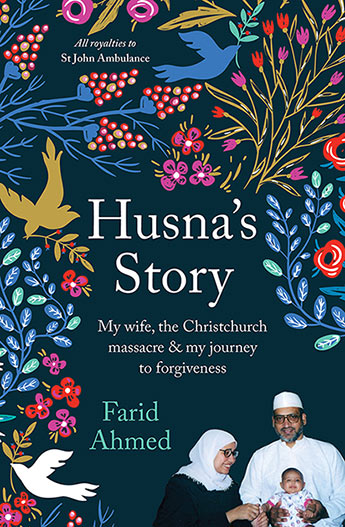 Husna's story: My wife, the Christchurch massacre & my journey to forgiveness by Farid Ahmed

Husna's Story is written by Husna's husband Farid Ahmed. They were praying at El Noor Mosque in Christchurch when a gunman burst in and shot and killed 51 people and injured many others in a terrorist attack. This book tells Husna's story, describing the day of the attack - in all of its normal, mundane detail up until the tragedy, and then the horrendous tragedy of what followed. Interwoven with this is the story of Husna's life, telling of the selflessness and bravery with which she lived her life. As well as looking after her paraplegic husband, Husna was an important member of the community, helping women when they were giving birth, running classes for children and helping many others. Her last selfless act was going back into the mosque to look for her husband on that fateful day. She had already led the other women and children to safety. Tragically she was shot. Husna's husband, Farid Ahmed, quite incredibly, forgives the alleged killer. His remarkable philosophy of forgiveness, peace and love is an example of how religion and faith, through personal application, can be a tool for navigating the most horrific of tragedies. Published by Allen & Unwin.

We are One: The Mosque Attacks One Year On

A tribute to mark the passing of one year and remember the 51 Muslims who lost their lives in the Christchurch mosque attacks. Made with the support of NZ On Air. Available to watch on TVNZ On Demand.

Find more books and resources about the Christchurch Mosque shootings.

After the 15 March Mosque attacks, there were outpourings of love and solidarity from the community of Christchurch, nationwide, and around the world. View images on the Discovery Wall of flowers and tributes.

Tributes of Aroha at Christchurch Art Gallery Te Puna o Waiwhetū  (Saturday 14 and Sunday 15 September 2019) was a showcase of the outpouring of love, support and solidarity from all around the world in response to the 15 March mosque attacks. Hundreds of messages and mementoes left as tributes following the 15 March mosque attacks were displayed on the six-month anniversary of the tragedy.

Heartfelt was an exhibition of collages from cards sent with messages of love and support after the 15 March mosque attacks. It was on from Saturday 15 February to Sunday 23 February at Tūranga. A collaboration with NMIT Nelson Marlborough Institute of Technology. 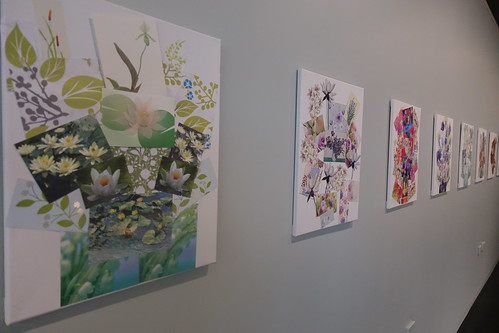 Find out more about Islam

Stories for young children with Muslim characters, and books about equality, empathy and tolerance. A Christchurch City Libraries list.

If you want to find out more about being Muslim and understanding Islam, here are some titles for children, teens, and adults. A Christchurch City Libraries list.