I've spent my whole life living in Aotearoa New Zealand, but I'll be the first to admit that I know waaaay more about British history than I do about our own local history. When I was in high school (back in the late '90s/early 2000s) our school had a choice of which 7th form/ year 13 Bursary History option they offered: New Zealand History, or Tudor England. I loved British history, and was overjoyed when they chose the Tudor option.

Thankfully, the years since I've left high school have opened my eyes to the fact that the history of our country is far more interesting, varied, and valuable than my friends or I realised as teenagers. Back then, I could have told you where and when The Treaty of Waitangi, opens a new window was signed, and that there'd been a big Influenza epidemic, opens a new window in 1918, and that New Zealand was the first country which gave women the vote (thank you Kate Sheppard, opens a new window!) ... and that would be about it. It's quite embarrassing to think I left school knowing so little about my own country, so I have made a real effort to remedy that, and to learn about how we came to be where we are now.

But I know I'm not the only person who doesn't have as much of an awareness of our history as they should. Our past informs our future, and that is why it is really important for historians, authors, and others to pass on what has happened in our history. Without knowing about our past, how will we learn from our mistakes, or properly honour those who have made a real contribution to making our society the way it is now?

One of the major events that is often overlooked in the timeline of Aotearoa's history is the collection of battles and actions known as The New Zealand Wars. Fought between Māori and the British between 1845 and 1872, these wars had a huge impact on our history, yet are often something we only learn about by chance, rather than being a part of our schools' social sciences or history curriculum.

Come along and hear O'Malley speak, and in the meantime check out some of his books, opens a new window from your local library.

How can we see where we’re going, if we don’t know where we’ve been? In his recent Michael King Memorial Lecture, historian Vincent O’Malley stressed the importance of teaching the bloody story of the New Zealand Wars in our schools, to understand today’s society, and recently gave historical context to the Ihumātao dispute in The Spinoff.  Simon Winchester has spent his career bringing to life stories from the past, and Sacha McMeeking’s research interests lie in Māori futures, which are inextricably linked to history. Chaired by Peter Field.

Find more books by Vincent O'Malley in our collection. 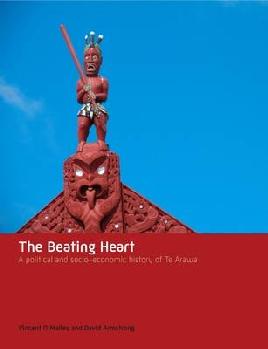