Early settlers from England and Scotland brought with them both brass and pipe traditions, and early New Zealand bands were often the military bands of the colonial regiments. Settlers also formed bands, sometimes associated with the militia, and garrison bands sprang up around the country.

The gold rushes also saw miners forming bands. In Christchurch, the Addington Workshops Brass Band was formed in 1883 and continues today as Addington Brass. The band was funded by a levy of all employees of the Addington Railway Workshops and played initially a picnics and other social events.

Founded in 1890, today we consist of an enthusiastic group of amateur musicians, committed to improving our personal skill levels and sharing and growing the joy of brass band music. See the New Brighton Silver Band website.

Pipe bands also have a long tradition and the City of Invercargill Caledonian Pipe Band Inc. which was founded in 1896, is believed to be the oldest civilian pipe band in the southern hemisphere. Hear the Milton Pipe Band playing March 79th in this recording (mp3) from the 1940s. 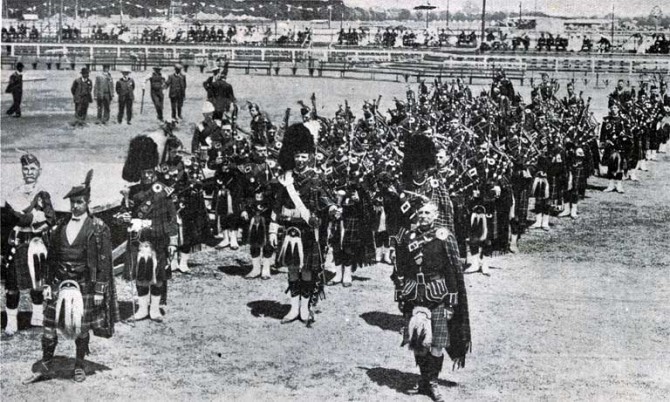 The Canterbury Caledonian Society Pipe Band celebrated its’ centennial in 2002. The Band was formed in 1902. After gaining approval from the Canterbury Caledonian Society, the Band held its first practice on 8 September 1902. In 2010 the Band finished third at the New Zealand Pipe Band Championships at Masterton, and were crowned Champion of Champions for the 2010/2011 Season.

The Christchurch Metropolitan Highland Pipe Band was formed in 1952 and from that time competed regularly at local and national levels.

Bands played at all kinds of public events civic, sporting and patriotic. Another strong tradition was the outdoor concert in the park in summer and like most places Christchurch had a number of bandstands to accommodate this. Christchurch City Libraries collection of heritage photographs of rotundas records a number of examples at Sumner, New Brighton, Sydenham Park and Victoria Square as well as the most famous Thomas Edmonds Band Rotunda and the Band Rotunda in the Hagley Park.