At each location, they came face to face with those who had faced death at the hands of the Nazis, and  had survived... and the remains of those who hadn't. These concentration camps were a part of Adolf Hitler's 'Final Solution' to eliminate the Jewish people from the face of the Earth, and one of the tools which helped the Nazis kill more than six million Jews and other 'undesirables' in the Holocaust, opens a new window of the 1930s and 1940s.

"One death is a tragedy; a million deaths a statistic."

Think about how true that quote (attributed to Joseph Stalin) is. Looking back at the 1930s and 40s from the 21st century, it can feel nearly impossible to wrap your head around the number of people who died at this time. We know it's more than the the population of Aotearoa New Zealand, but how many people, really, is 6 million? How many children is 1.5 million?

This is where the significance of the Children's Holocaust Memorial becomes clear. Coming to Tūranga from 22 July to 23 September 2020, opens a new window, this memorial consists of 1.5 million round buttons, opens a new window, one for each child killed by the Nazis and their collaborators during the Holocaust. That's 1.5 million buttons, collected by New Zealand school children and donated to the memorial, representing 1.5 million stories, and 1.5 million lives. There are also photographs, stories, and videos to explain the events and ongoing impact of the Holocaust, and how children and young people can work together to ensure something like this never happens again.

A couple of years ago I saw the Memorial at the National Library, opens a new window in Wellington. I knew going in that it was going to be a powerful experience... but I wasn't ready for quite how powerful.

The Memorial itself is simple, but this is the beauty of it. With only round buttons of different colours and sizes around you, you can't help but be struck by the magnitude of death represented in that room. When I think back to my visit to the Memorial, I still remember how small I felt as just one individual in that room... and I think that feeling will stick with me in the future.

Along with the Memorial, and a digital exhibition explaining how it was created, Tūranga will be hosting a number of free tie-in programmes and events, including:

School visits to the Memorial are welcomed. The Children's Holocaust Memorial has dedicated education resources to support the self-guided visits.
Crafting Empathy: Minecraft is a bookable programme for Year 5 upwards that complements the school visits. Crafting Empathy: MInecraft is designed by Christchurch City Libraries staff to expand empathy and give students an opportunity to reflect on the relevance of the exhibit in our world today. Bookings are required for the school visits and Crafting Empathy sessions, please phone the library on 03 941 7923.

Together, these events and resources will give us an opportunity to get a clearer idea of exactly how many people 1.5 million children represents, reflect upon the impact these deaths have had on the world over the last seventy years, and realise the importance of celebrating difference and diversity both in our own community and in the world around us.

I strongly urge you and your family to visit the Memorial, and to check out our most recent Holocaust-themed additions, opens a new window to our library collections. 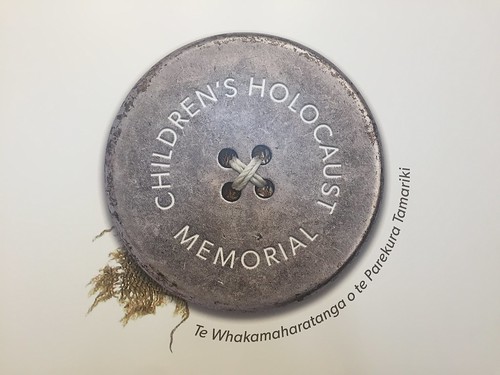