I love movies and television, and I love clothes. Naturally, where these two interests meet is in the costuming and wardrobe department.

It may seem that in movie and TV shows clothes are clothes are clothes and it's just a matter of getting the era or general look right, but with many instances the choices in colour, shape and texture can help to reinforce a character's mood, alliances, or inner conflicts.

Don't believe me? A noteworthy example in recent times comes from Game of Thrones. Consider this outfit worn by Sansa Stark in the final season, and explained by Emmy award-winning costume designer for the series, Michele Clapton on Instagram.

QOTN Sansa. The dress was made in the same fabric as the dark Sansa dress, which was the same fabric dyed that was used in Margaey’s wedding dress to Joffrey.. Sansa had a bond with her. It has falling leaves as its pattern. There is a feathered and embroidered dire wolf across her shoulder and not seen here but beautiful red beaded leaves falling from one sleeve. The sleeves are textured like the fur on the first sigil. The metal bodice features the growing branches of the weirwood tree. The Crown is two howling Dire wolves. Nothing is created without meaning...in the final scenes it’s my hands dressing Sansa!!Thank you David and Dan for making that possible.., opens a new window

If you're looking for more insight like this Michele Clapton's book on the costumes of Game of Thrones might be just the thing. It's filled with sumptuous photography that gives you the kind of up close detail you seldom get while watching the show.

If you're more into sci-fi than fantasy, Star Wars Costumes is the place to go. As with the previous title the photography is top-notch giving a spotlight to such details as how the various pieces of Darth Vader's costume layer up, or the darned patch on the shoulder of Obi-wan Kenobi's Jedi robe that really cements in his "dusty desert hermit" vibe.

While it only covers the original trilogy of films, this kind of book is an absolute boon to fans who like to cosplay, because, as with many things, the devil's in the detail.

One of the first shows I remember becoming borderline obsessed with due, in part, to the costume design was Mad Men. This was largely fuelled by pop culture blog Tom and Lorenzo which picked apart what was worn by the characters for every episode. If you're considering a Mad Men rewatch you could do worse that check out Tom and Lorenzo's costume commentary as you go.

The Shape of Water 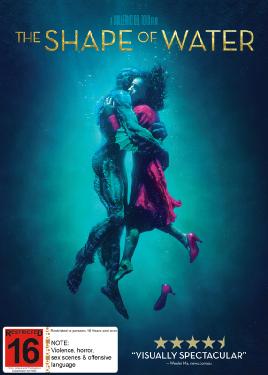 Director Guillermo del Toro's films are always visually lush and the art design and costuming often work together. His multiple Oscar award-winning fantasy fairytale, The shape of water, is no exception. The book about the production of the film is another gloriously-illustrated tome. It doesn't focus exclusively on the art design and costuming but has insights into the use of colour - protagonist Elisa, is often seen in pops of red that hint at her romantic nature. Her apartment is rendered in blues and watery greens. Other characters have their own colour palettes.

Closer to home the television series adaptation of Eleanor Catton's Man Booker winning doorstop historical novel is currently screening (available on demand if you need to catch up). The costumes, have so far proven to be part of the appeal with Eva Green's Lydia Wells sporting a very swoon-worthy long green velvet coat. Together with the peacock feather hairpiece it's an outfit that makes a statement and that is very much in opposition to the prim and proper Victorian attire of the other female lead, Eve Hewson who portrays Anna Wetherall... though her clothing changes, and is an important plot point and signpost in the back-and-forth, flashback prone, story.

No books (other than the source material) on this one yet, but there are some great behind-the-scenes videos that talk about the wardrobe, if you're into that sort of thing.

More titles for fans of costuming 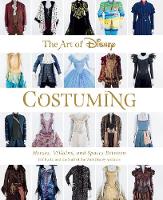 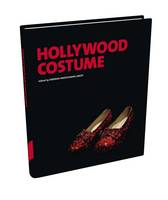